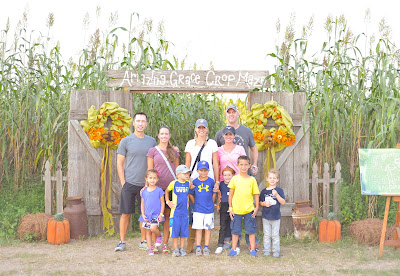 On Saturday evening we met the Bunnell family, as well as Anna and her boys Charlie and Owen, out at the Amazing Grace Crop Maze. Andrea had found it online and it had pretty good reviews, so we decided to give it a try. We almost decided not to go at the last minute because of a small storm blowing through, but we drove out in to the country anyways and were happy to see that most of the rain had missed the farm.

When we first arrived, we ran around and checked out all the things to play with and things to do. With the price of admission you had lots of fun activities available and lots of cute decorations around the property. Everything was pretty spread out, so it didn't feel crowded at all. 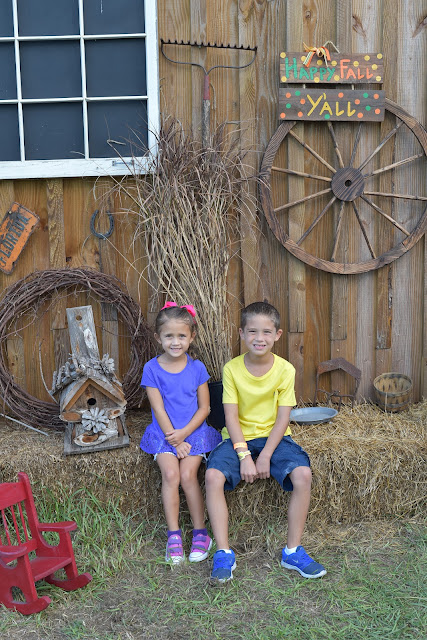 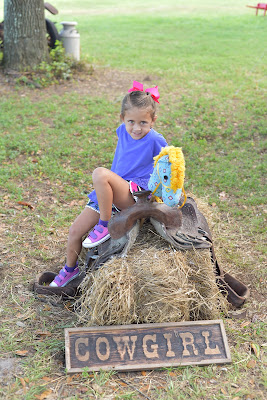 Paige liked the huge pile of corn to play with. She spent quite a while rolling around in it with the other kids. It was a little dangerous because it was impossible for kids to resist throwing it at each other. 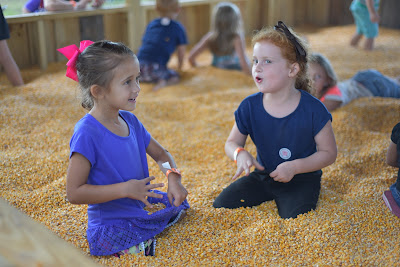 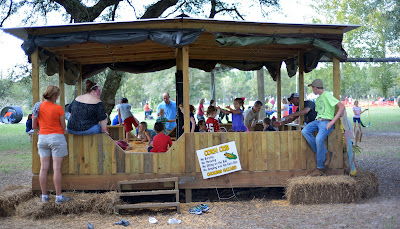 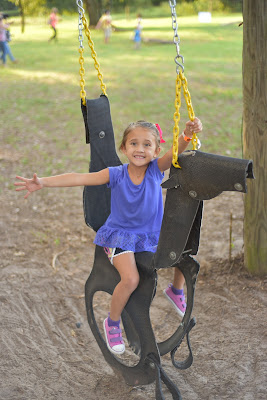 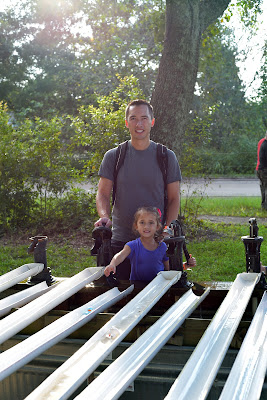 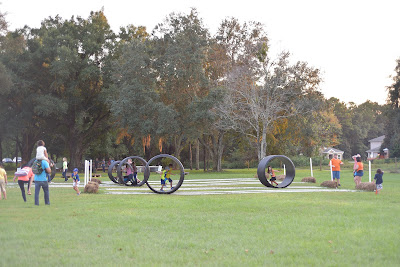 Connor's favorite thing to do, by far, was the big rolling tubes. He would run on them as long as we'd let him. He'd probably still be there playing on them if we hadn't made him stop. The kids liked to get it going and then would fall and tumble over each other in a shrieking pile of children. Somehow, nobody got hurt on it, which was a miracle, although a few people almost got crushed because they were walking on the tracks and not paying attention. 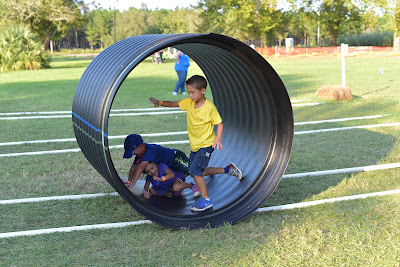 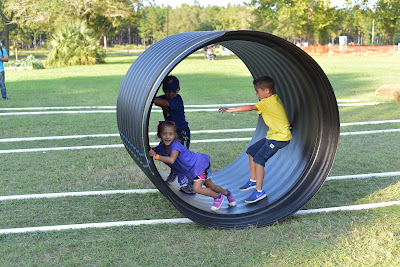 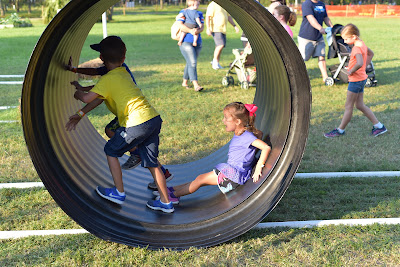 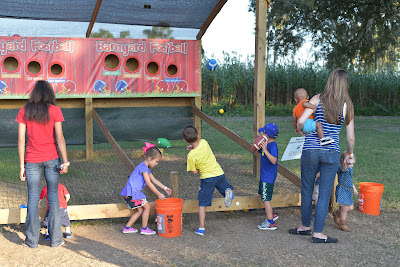 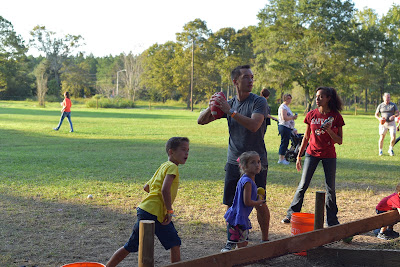 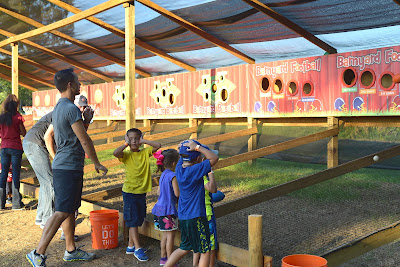 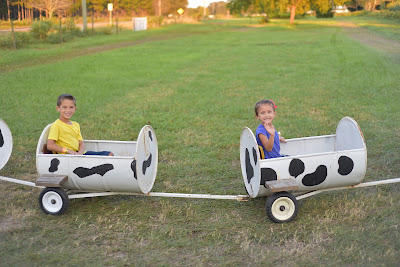 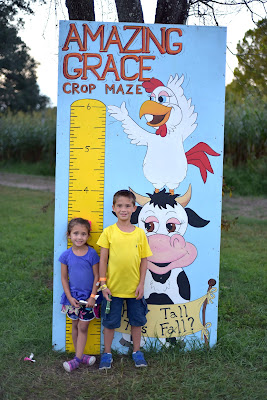 Before everyone left and it got too dark, we went to the big crop maze and walked through it. The kids ran in every direction once we got in, and it was quite a chore to keep everyone together. I wasn't paying too much attention at first, but after a few turns Andrea was worried we were getting lost and told me to figure out which way to go. Thankfully Chad had the foresight to suggest taking a picture of the maze picture before we went in. I pulled it up on my phone and was able to figure out where we were and I navigated our way through it. 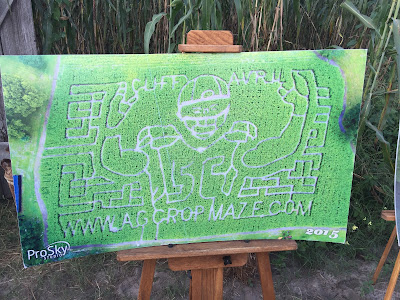 After about 15-20 minutes we were deep in to the maze. Rachael was carrying Keagan on her back, Owen was pleading with Anna to carry him, and then Paige got smacked in the face by a stalk of sorghum. Paige was freaking out and crying and I was worried it had scratched her eye. I used a bottle of water to flush the plant material out of her eye and then we decided to keep trekking on. We didn't have much choice. Thankfully, in about 5 more minutes Paige said her eye felt fine and she was running full speed with everyone else through the maze.

We finally managed to navigate our way out, and somehow we didn't lose any children in the maze. It was pretty fun, but we were all pretty dirty when we arrived at the finish. Most of our friends left pretty early to get the young kids to bed, but we stayed around and did the kiddie crop maze and then we ate some hot dogs and a "walking taco" that was essentially a bag of Doritos with taco ingredients stuffed into the bag. It was actually pretty good, although didn't look too appetizing. 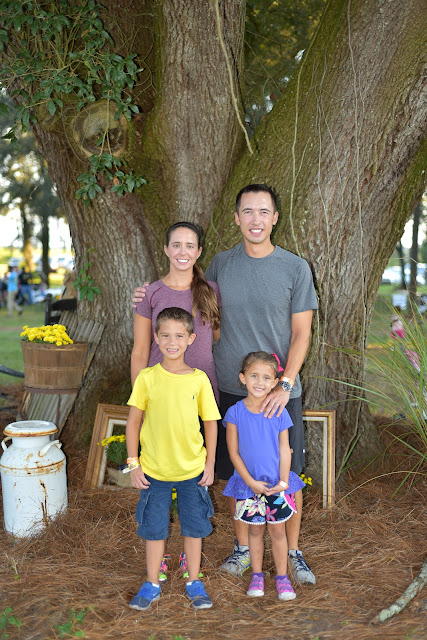 All in all, it was a super fun day and we're glad we went. Looking forwards to going back next year.
Posted by Shawn Vernon at 1:26 PM

Looks like fun. I've never done a big maze before. I'll have to give it a try.