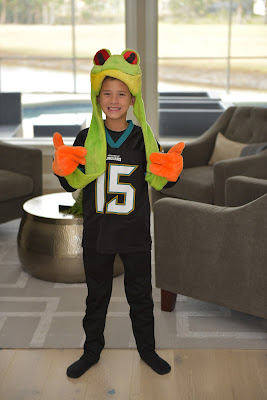 This past weekend was exciting for NFL football and we were rooting for the Chiefs and Jags. On Saturday the Chiefs had a big lead against the Titans, but managed to blow it. On Sunday, we watched the Jaguars defense and were so happy that they won their first playoff game in forever. Connor wore his Jags jersey during the game and then the next day to school. He was cute getting out his Jaguars stuffed animal and Beanie Ballz guy. 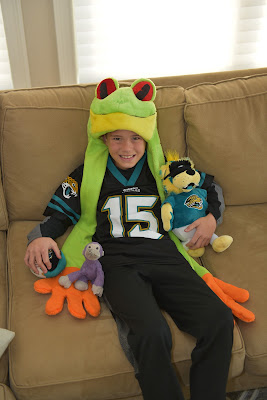 Connor also had his first flag football game of the season. They played an evenly matched team and unfortunately came up just a little short in the end. Connor had an amazing full field run for a TD and a few other good plays as well. I thought it was neat that for the last play of the game the coach called a play to get the ball in Connor's hands. Connor did a great job running it, but unfortunately the entire team was deep and waiting for him.