Flag Football and Lunch with Saylor 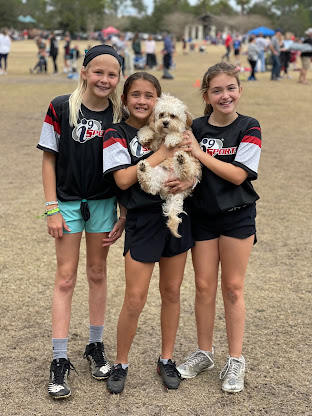 This Saturday Paige had a flag football game and it was a beautiful and cool morning for it. I dropped Paige off for the pre-game practice and then took a walk with Millie Mae while we waited for the game to start and hour later. Andrea met us at the field at game time and Paige had a competitive game against the all-boy team. Paige got to play a bit, but there were 12 girls and only 5 got to play at a time so she didn't have many opportunities. She had a good running play in the first half and in the second half caught a touchdown for her team's first score. Saylor also scored during the second half and before we knew it the time was up and the game was over. 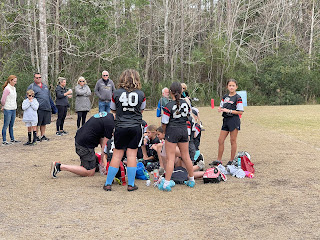 Millie Mae waited somewhat patiently during the game, although she got pretty messy digging in the dirt. She loved running around off leash after the game finished and the girls chased her around the field.

After the game we went to Valley Smoke for lunch and we brought Saylor along with us. She came back to the house with us after lunch and Paige enjoyed hanging out with her in the afternoon. 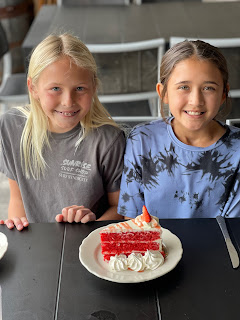