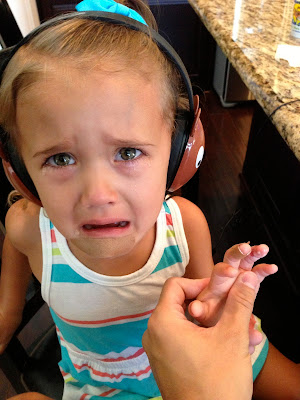 Paige was a good girl for Grandma Alice while we were on our cruise. We have been so happy to have our little girl around again and she has been awfully sweet lately. Unfortunately this last week she did get in to some trouble and learned a very painful lesson. We've told her multiple times not to go in to the workout room. There are some heavy weights, a weight bench and a treadmill in the room among other things.

Paige was supposed to be in bed taking a nap, and instead she snuck out of her room and started playing with the treadmill. She somehow managed to turn it on, and although it was going at a very slow speed, she managed to fall and hurt herself. She skinned her chin and got a bad friction burn on two of her fingers on her left hand. I was away at work and Andrea was unable to get a hold of me. Paige was inconsolable and Andrea called Grandma Alice and Grandpa Rick. They came right over and helped Andrea patch up Sissy and make an objective assessment of Paige's injuries. Andrea had a difficult time trying to decide if she should take Paige to the ER or not. Eventually Paige settled down and she's been very regretful about her bad decision. 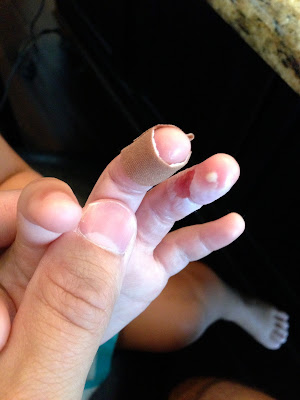 We are upset that Paige got hurt, but very thankful that it wasn't more serious. Since then, we've locked the room up so no kids can get in, have unplugged and secured the treadmill.

On a side note, her hair is getting pretty long. Andrea had it up in a ponytail today and it actually came down her neck a bit. I took a pic of her profile so you can kind of see it. 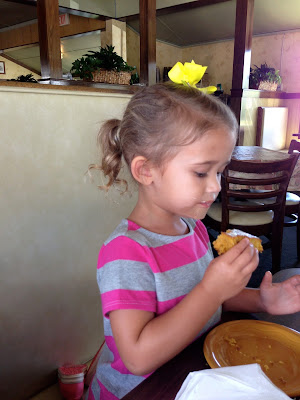 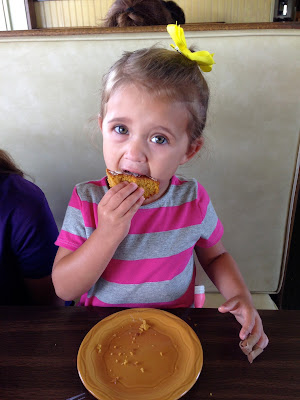 I had to throw in a pic of my little man too since he's so cute. 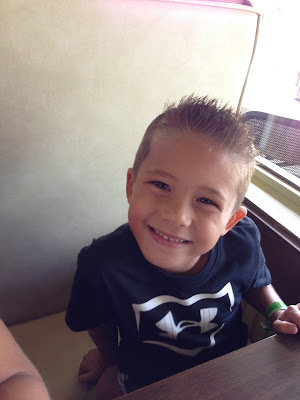