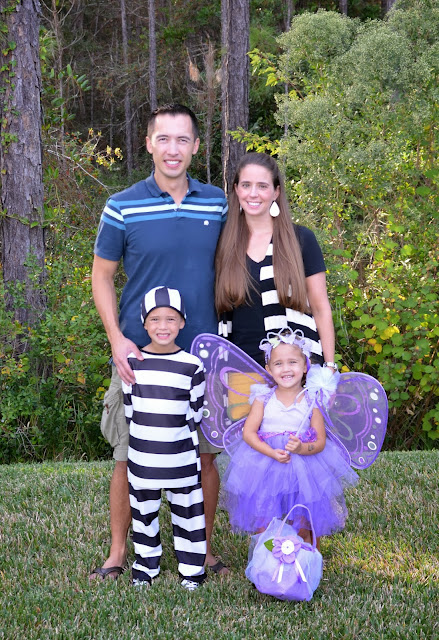 Thursday we celebrated Halloween. After school we got the kids dressed up and went out to have some fun in the neighborhood. Our neighbor Gina had a Halloween party and we went over for some snacks, games, and pictures before we went trick or treating. 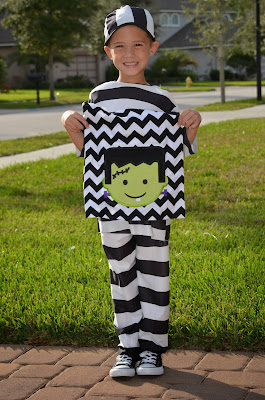 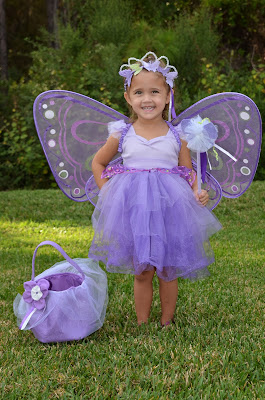 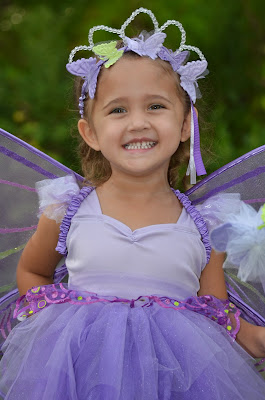 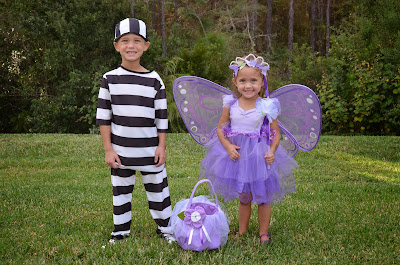 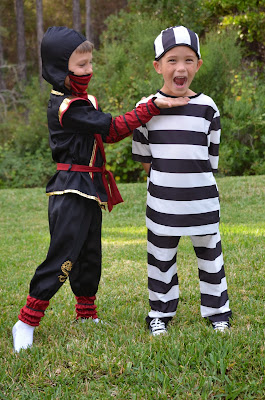 We grabbed a group shot with the kids that would cooperate before we set off on our trick-or-treating adventure. 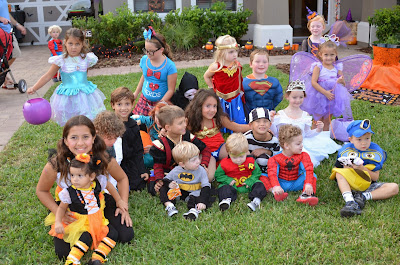 As we should have expected, the trick-or-treating started off with a frenzy of sprinting between houses, unsupervised children running through the streets, and general chaos. Andrea and I worked hard to keep our children going down one side of the street, but it was very difficult to keep things together. Most kids ran through traffic between houses and Connor was irritated that we wouldn't let him go along with the herd. We'd hoped to keep the trick-or-treating down some of the less busy streets, but instead we ended up going right down the main drag of the neighborhood. At least we went down the main street during the first part of the trick-or-treating, while it was still daylight. 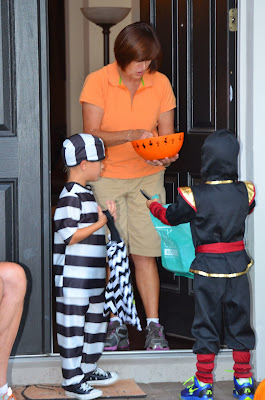 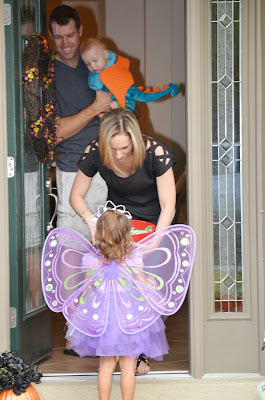 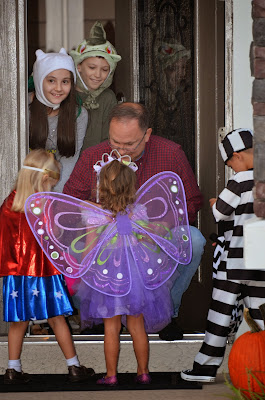 Paige and Connor were real troopers. We brought our double stroller in case they got tired, but neither one rode in it much at all. They both wanted to go to every house possible and were not shy at all going up to doors and ringing doorbells. 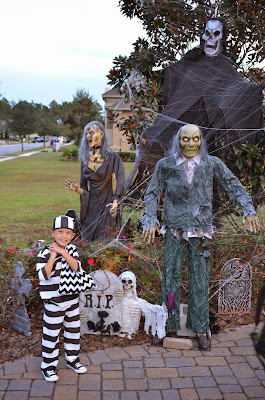 Some of the houses had really neat decorations, some of the neighbors really go all out! 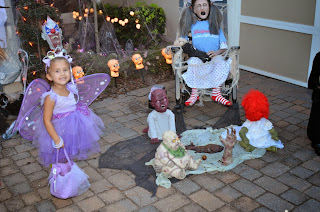 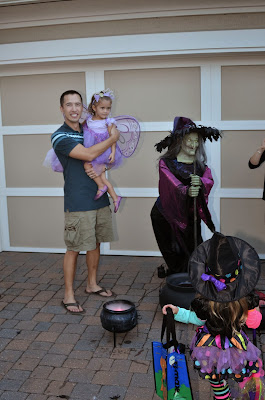 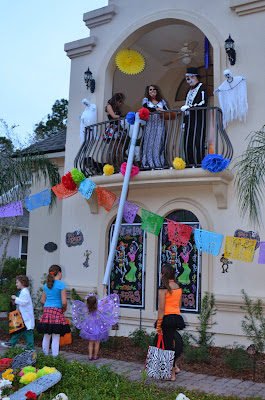 Grandma and Grandpa Vernon had gotten in town the night before and met up with us. 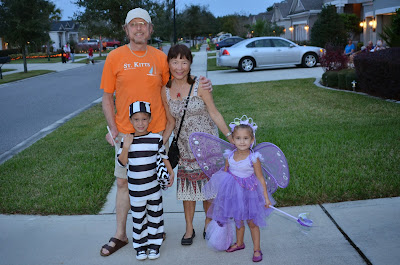 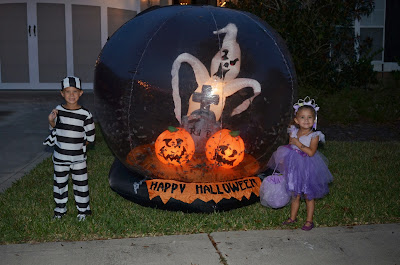 A few of the kids were pooped before long. We ended up pushing other children around in the stroller most of the night! 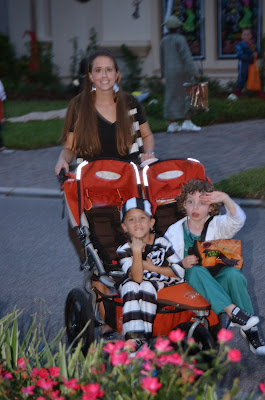 When we were all done, we went back to Gina's house to make s'mores and enjoy all the candy. Connor got an upset stomach and threw up in the grass. I guess that means it was a successful Halloween... He was fine afterwards, so it definitely appears to be a case of too much excitement, running and candy all together.

When we got home I asked the kids what their favorite part of the night was. They both said that it was seeing the baby kittens. Apparently a neighbor found three feral kitties in their yard and the mother cat was nowhere to be found. Gina volunteered to take them and after we were done trick-or-treating, she brought them to her house. The kids loved petting them and holding them. 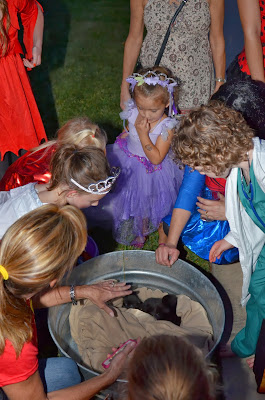