Busy week - Moving in the Gobles and Working on the Playroom

This has been a busy week for us, but we didn't end up with many pics or anything really exciting or noteworthy to post. The Gobles got their stuff unpacked, we did quite a bit of work on the playroom in our house, and we kind of got back in to our regular routine for the week.

Paige went to her school for the summer camp. She looked especially cute one morning with all her fancy jewelry, so I took a pic of her when I dropped her off. 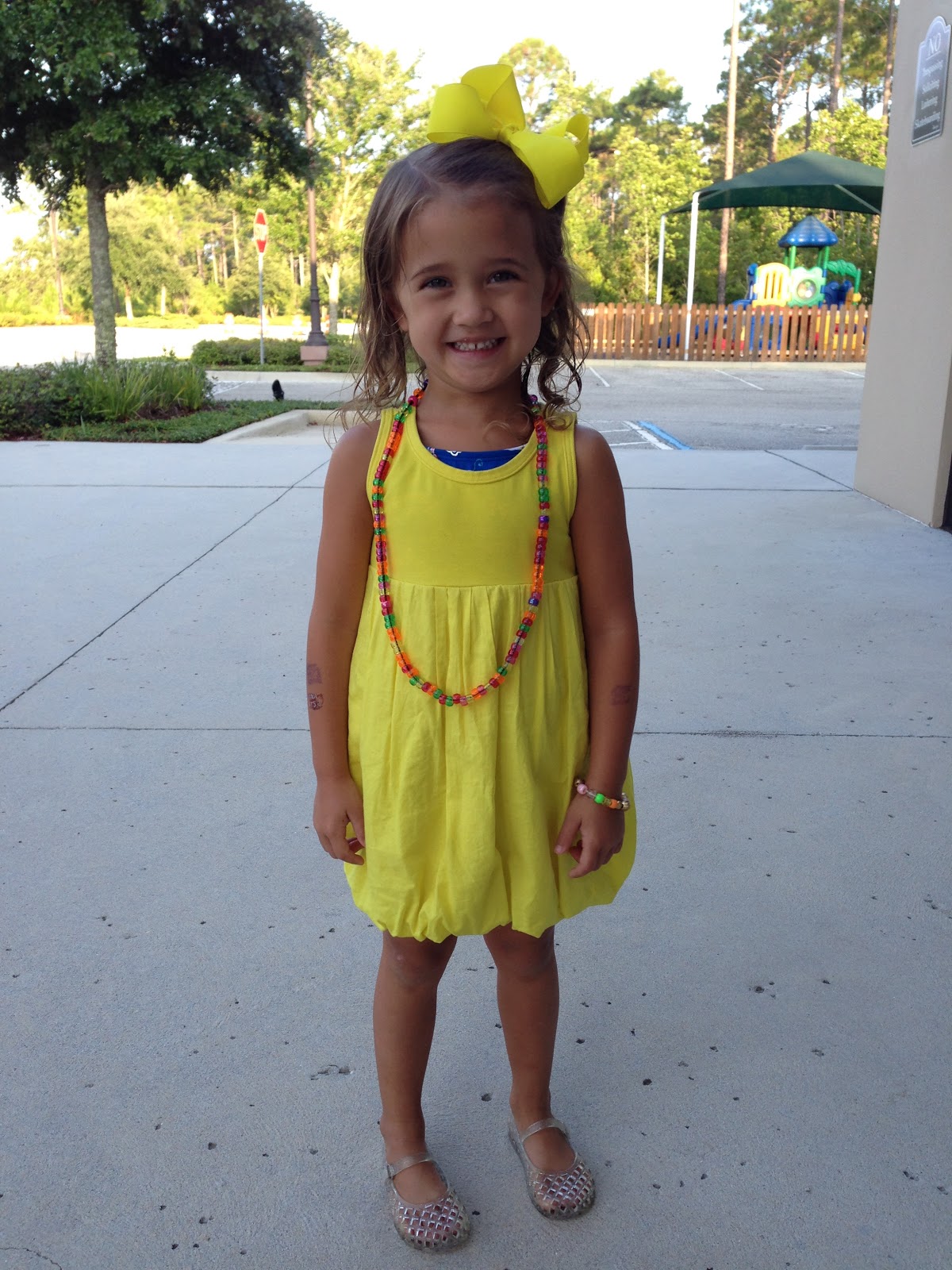 Connor had a fun week at soccer camp. He dressed really silly one night for bedtime, so I had to get a pic of him in his crazy outfit. 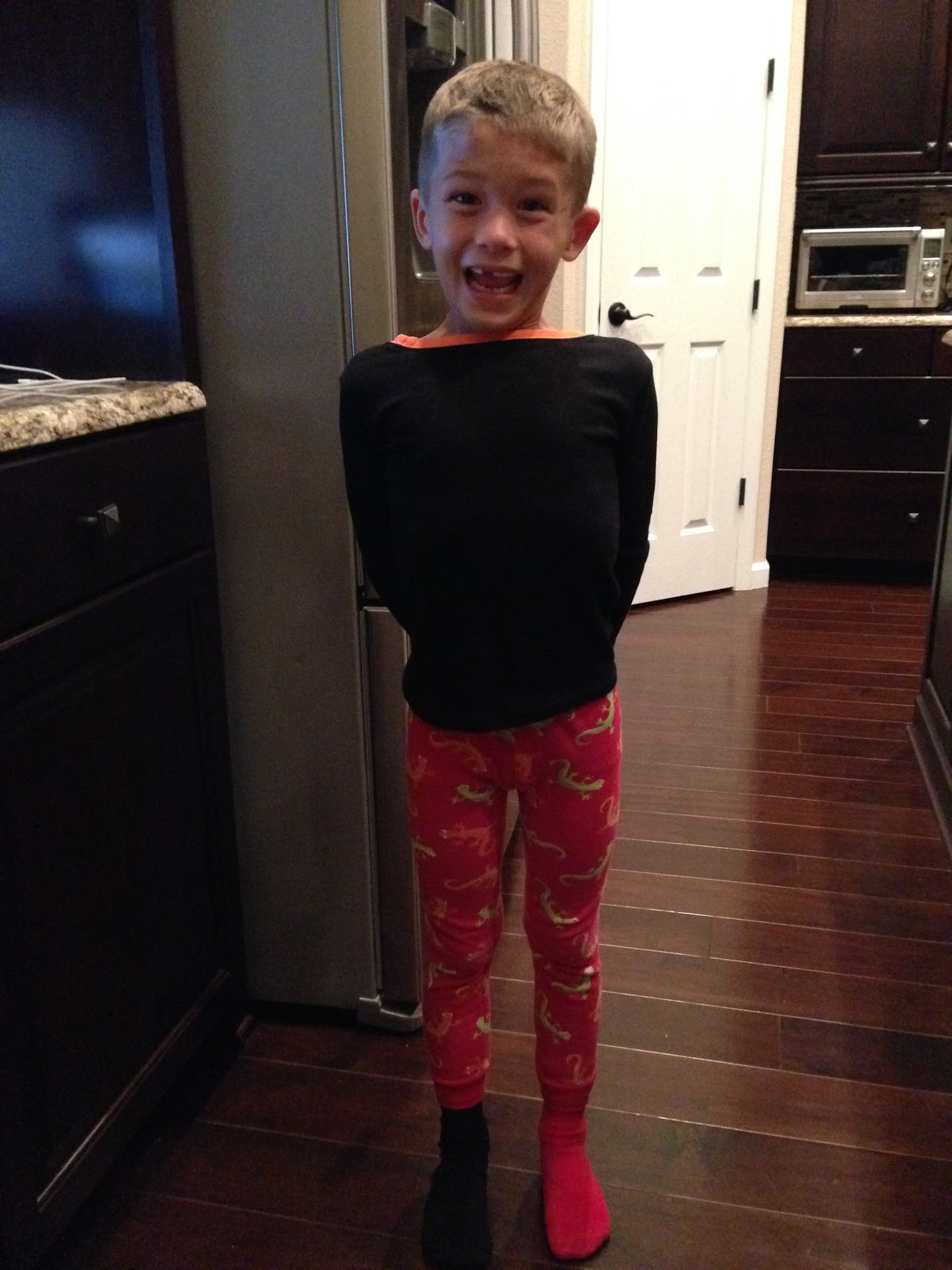 On Saturday, Nick across the street from us had a birthday party. They had a bounce house, a clown, and best of all a game truck with all kinds of video game systems to play. Connor enjoyed the party and hanging out with some of his friends he hasn't seen in a while. 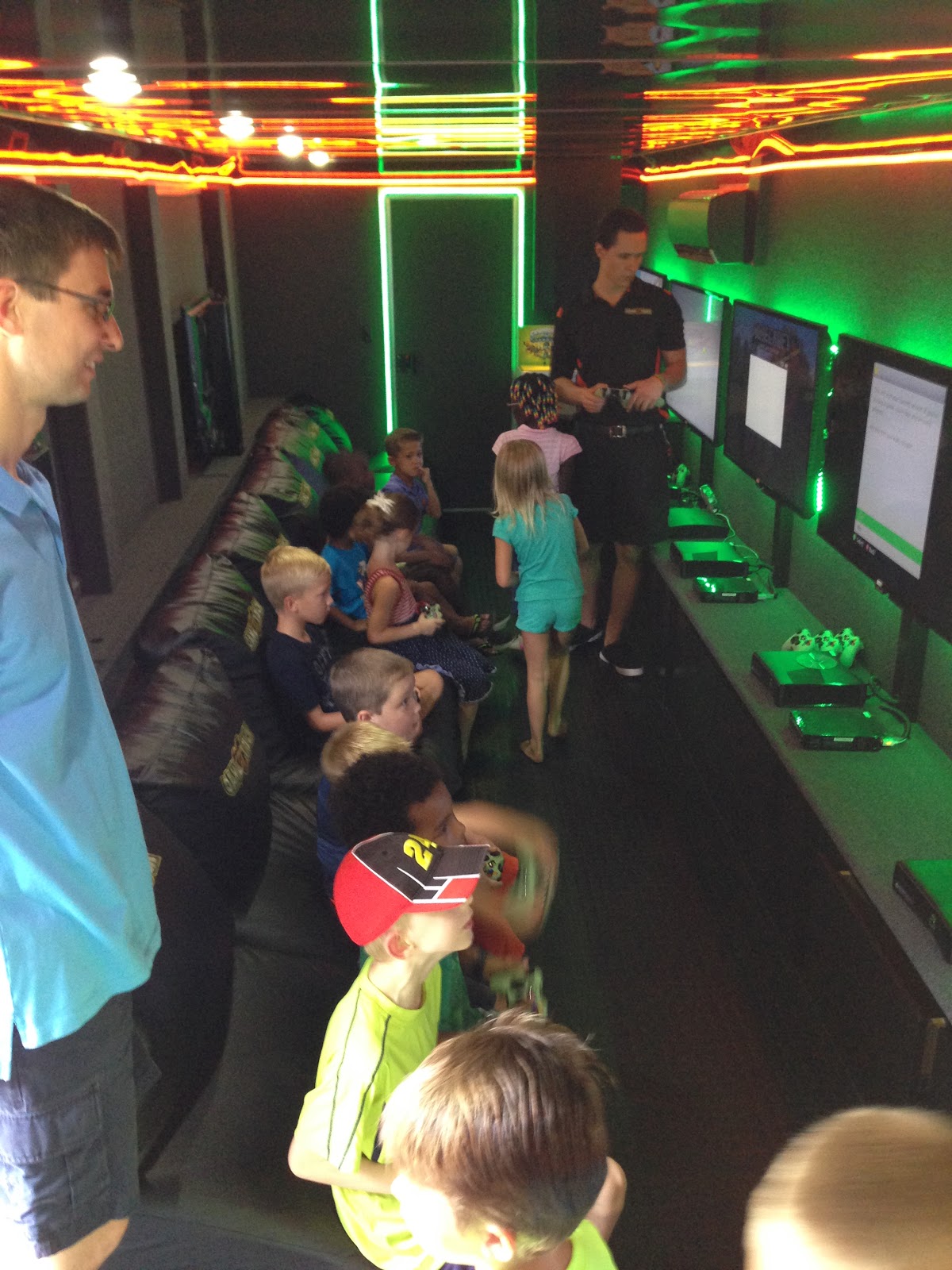 Graydon and the Gobles are getting settled in. We went over a couple times to bring stuff over to their place and to hang out a little. Paige and Connor liked playing with Graydon and his trains. 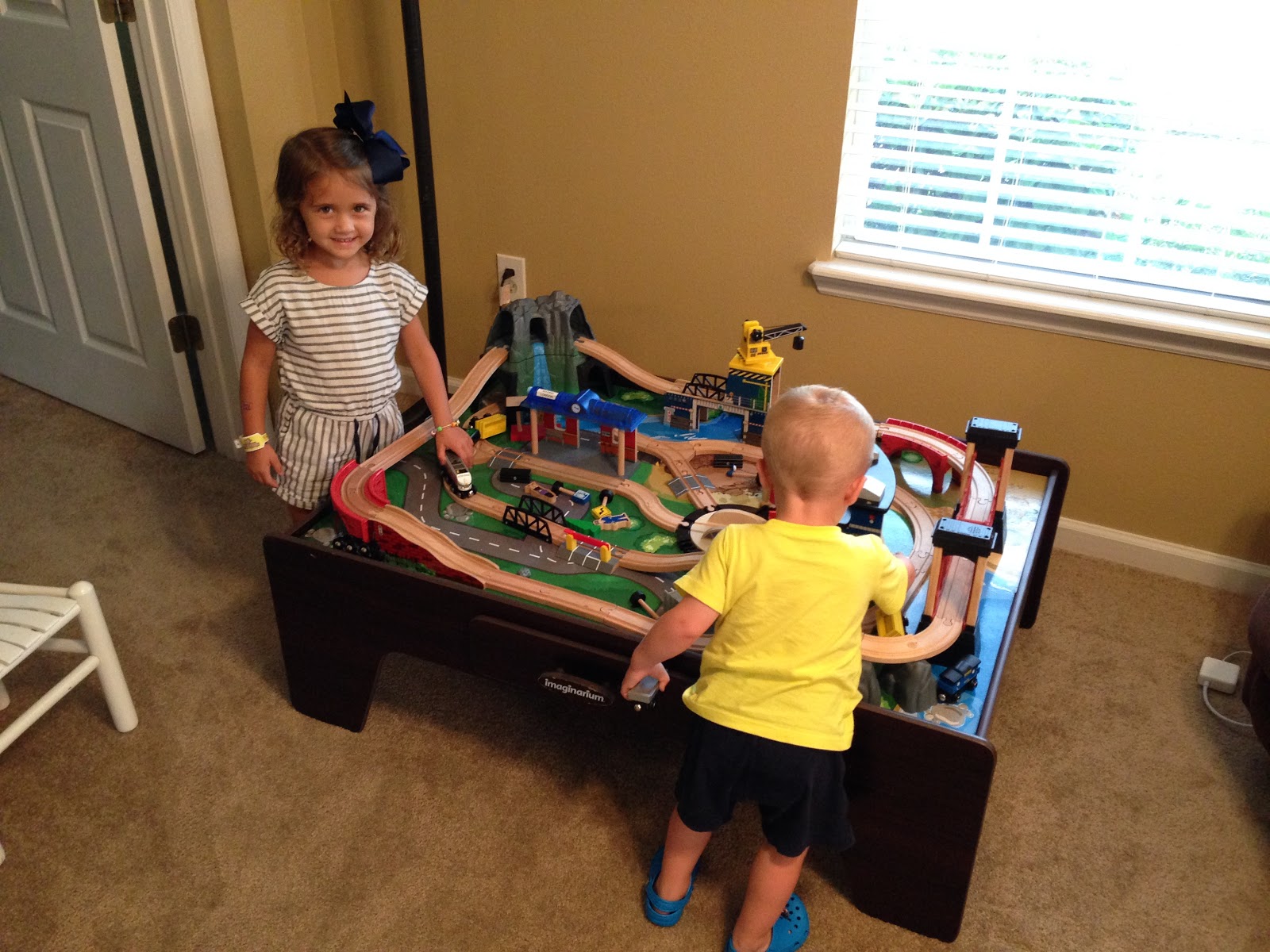 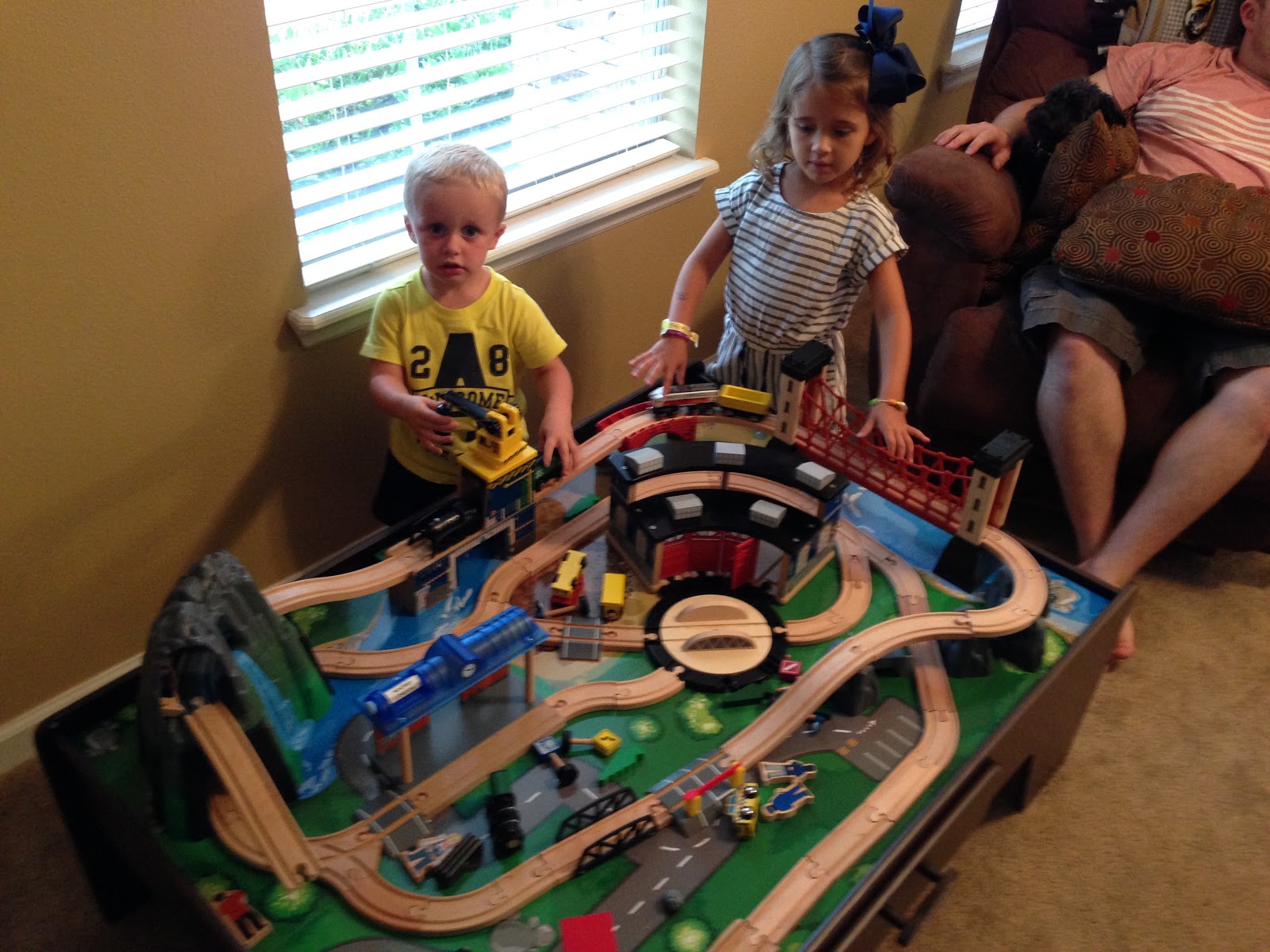 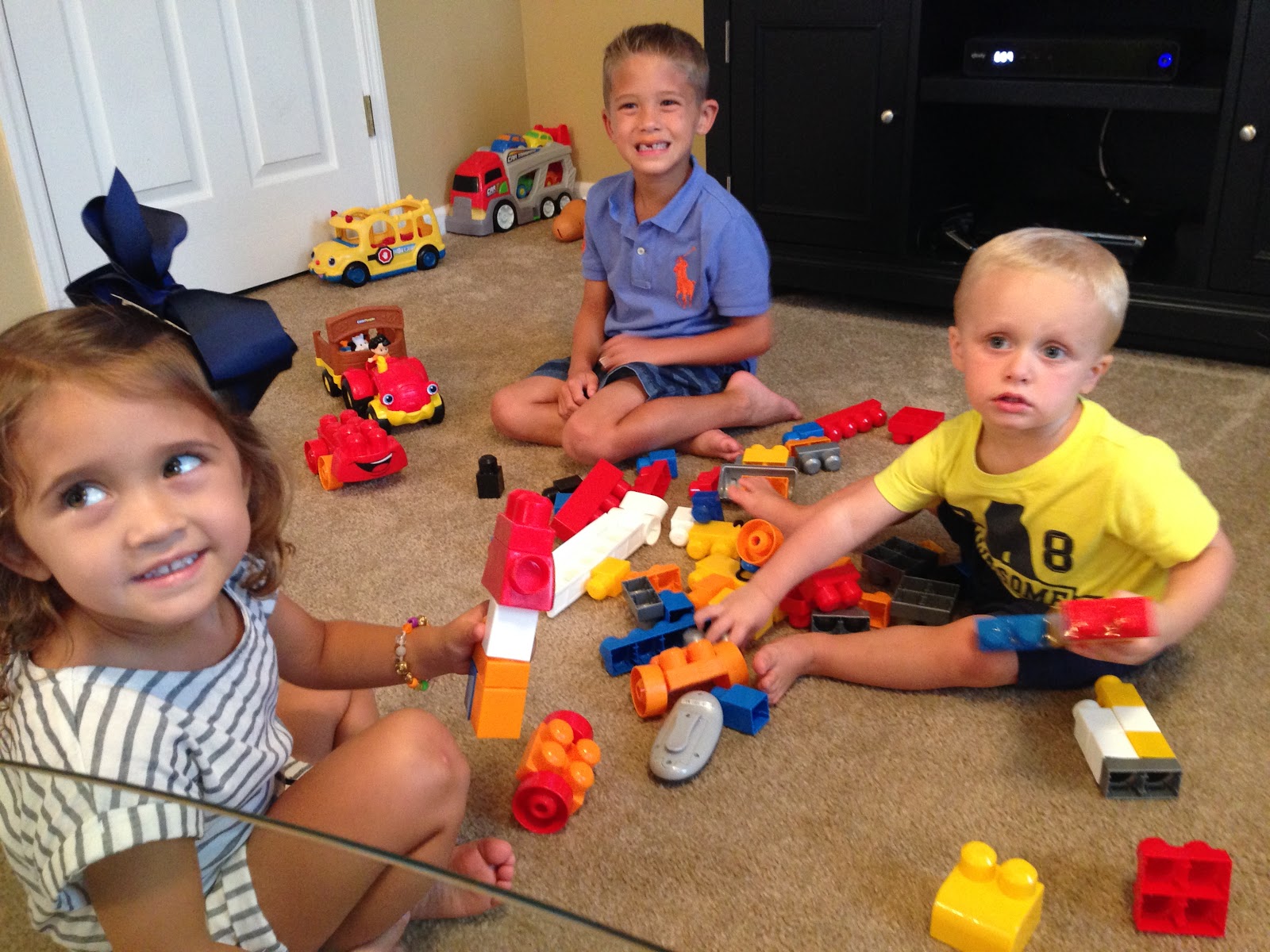 On Sunday, we played at the beach club for a little while and then had lunch. We intended on spending some time at the beach and at the pool, but a pretty big storm rolled in and when the lightning started up we decided to leave. Andrea took a picture of a castle and "pond" that Paige, Ryan and I had been working on.

Andrea is decorating and redesigning our playroom upstairs. It was really the only room in the house that hadn't had much thought in to it. We got a new couch, had a few things built for storage and seating, and it's in the process of being painted. We had a lot of boxes and trash this week and I was a little sad to throw out the small black table that I'd built for Connor when he broke his leg. We'd kept it around after he got better and it even made the move to the rental and to the new house. Unfortunately it's not the prettiest bit of furniture and it was time to get rid of it. Connor helped me with the trash, so I snapped one last picture of him with the table before it was hauled away. 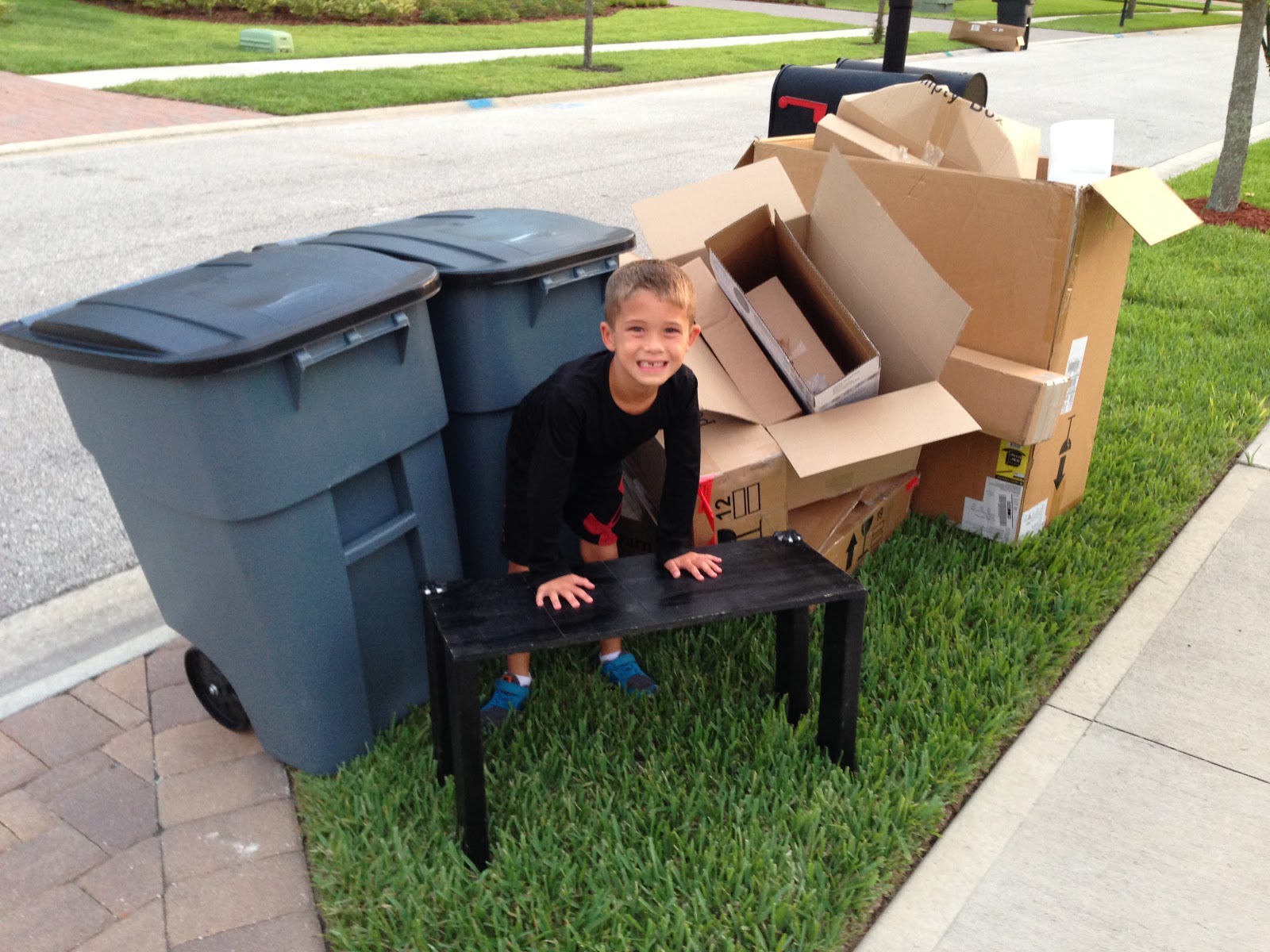 On Saturday morning, I was chilling with Connor and we decided to do some little Ninja Warrior obstacles in his room. Paige wanted to be the trophy girl and they were both very particlar about what the "announcer" said.