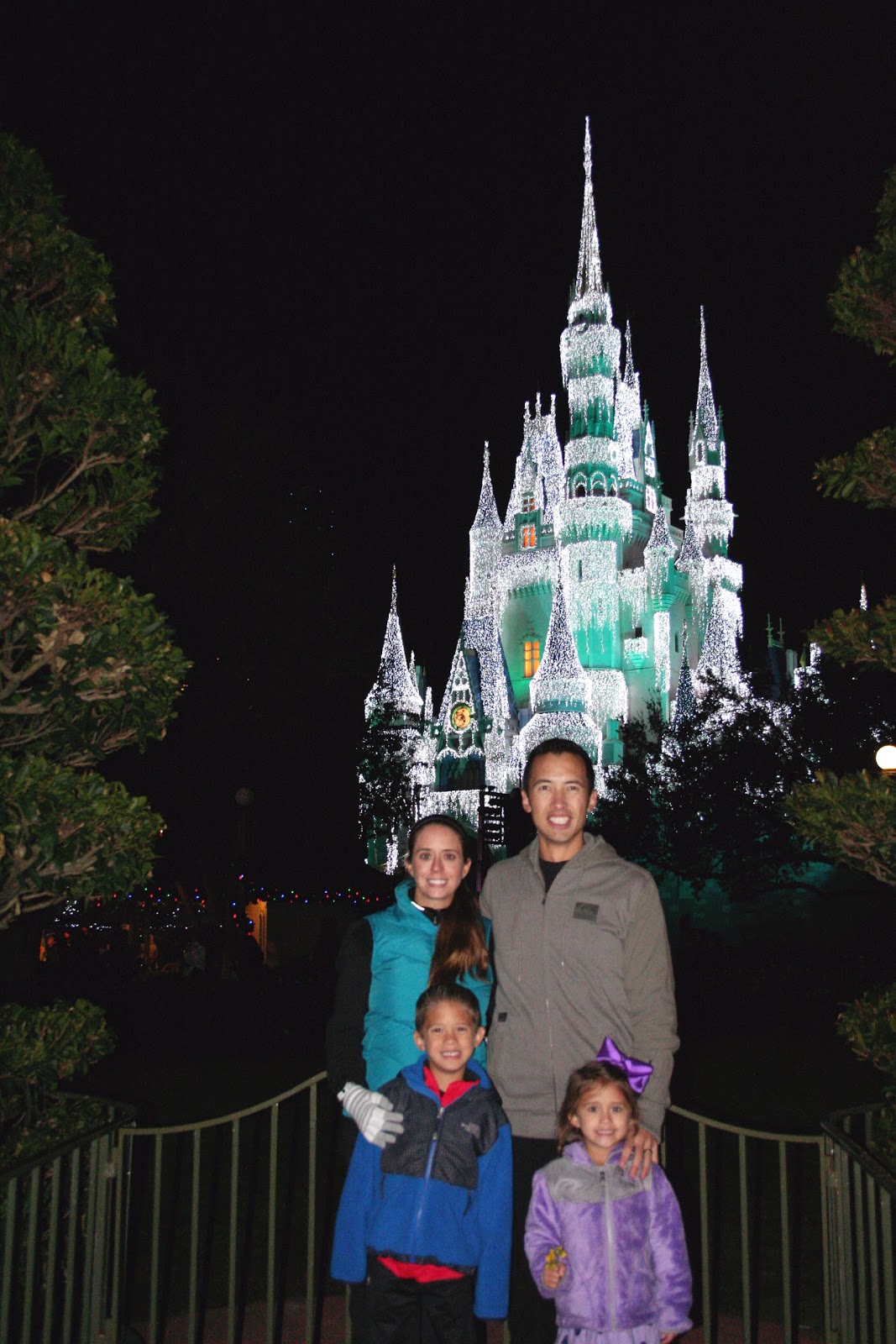 On Friday night, we went to Orlando for Mickey's Very Merry Christmas party. The weather was a bit cooler than we'd had in the past, so we dressed warm. The Christmas decorations were beautiful. There was a huge tree right in the entrance. We took our pictures under it, but you can really only see a tiny bit of it in the pic. 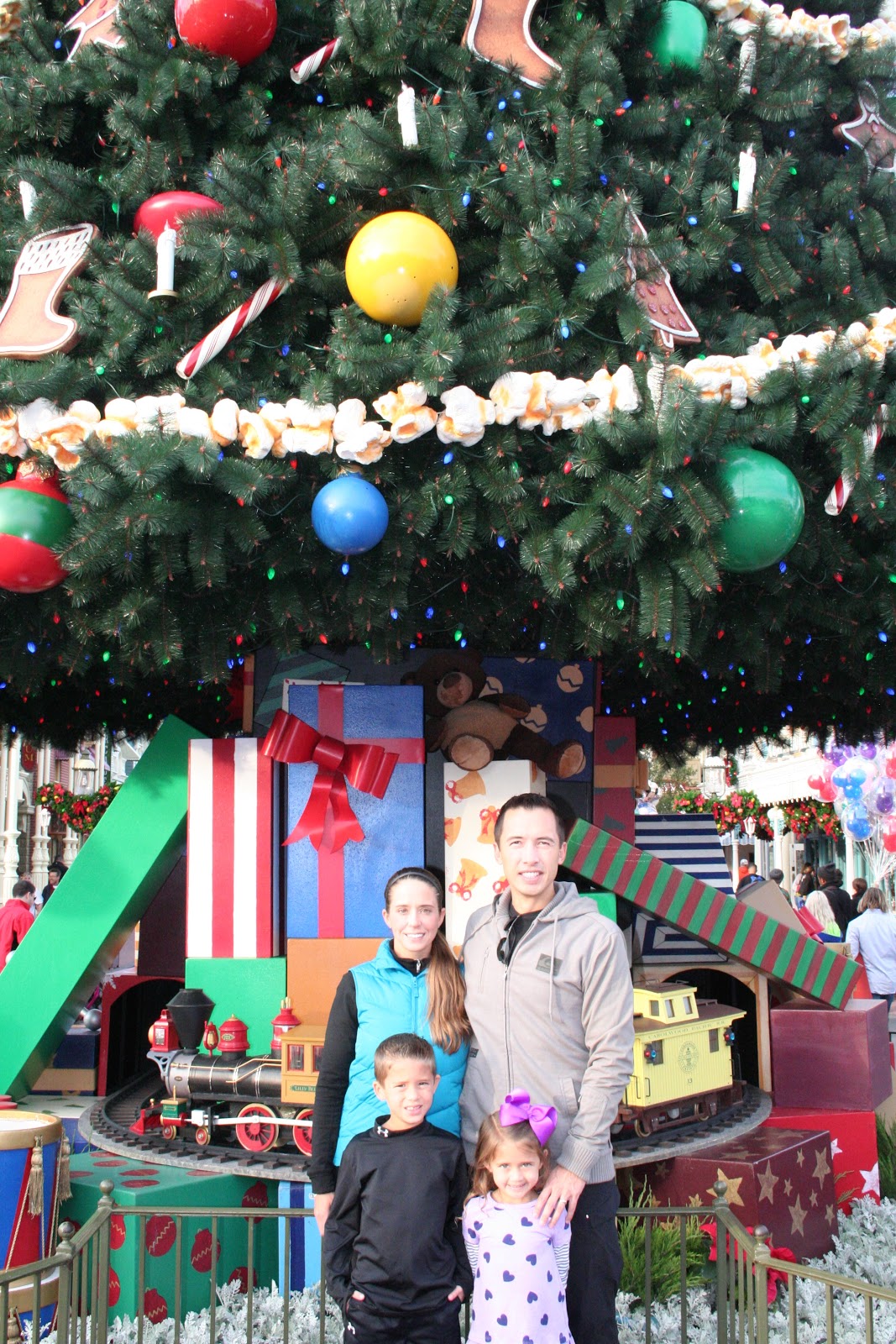 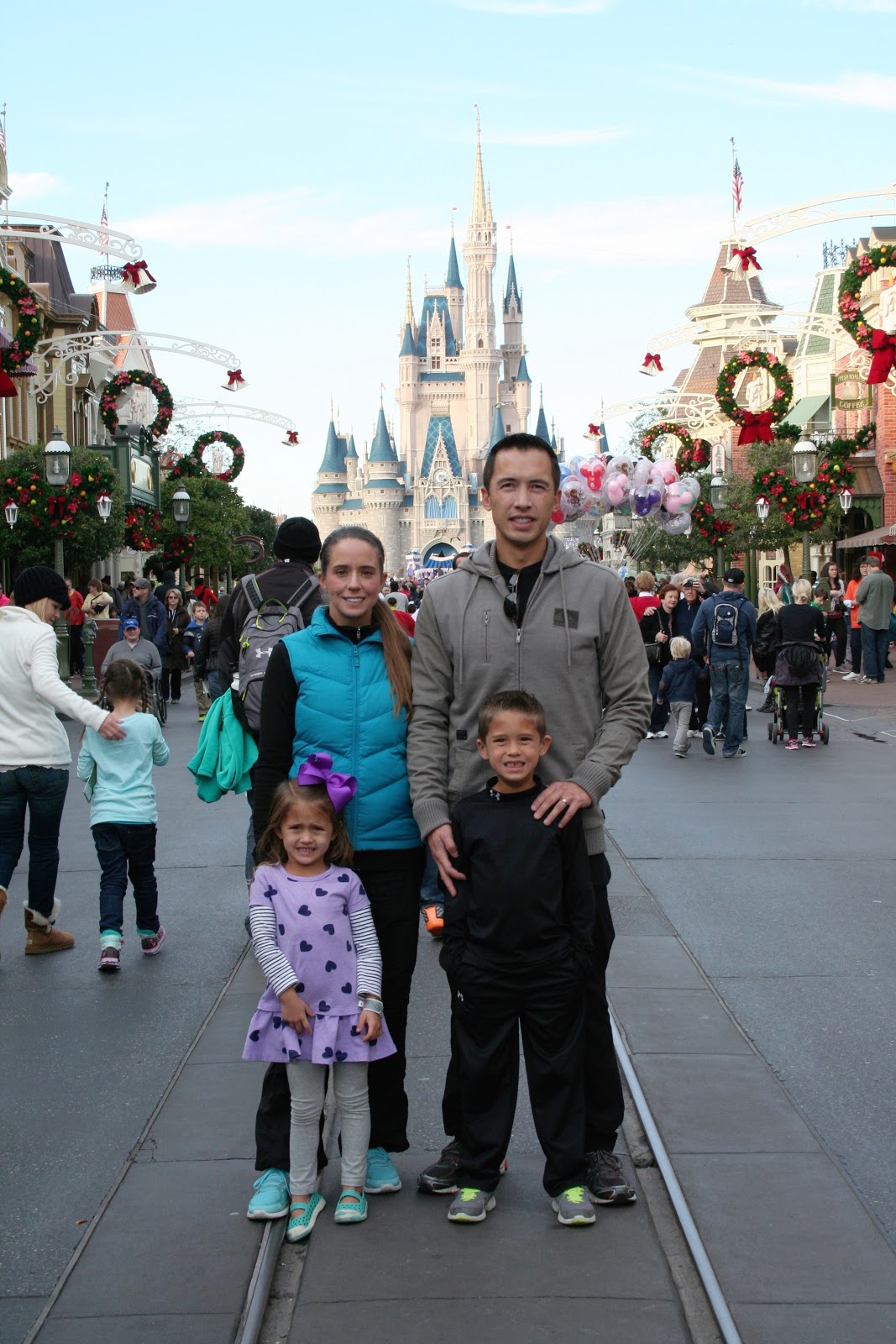 The kids were not really in much of a mood for rides this year, but they always enjoy playing in the playground area of the Dumbo ride. After the ride, we took a picture with Dumbo. 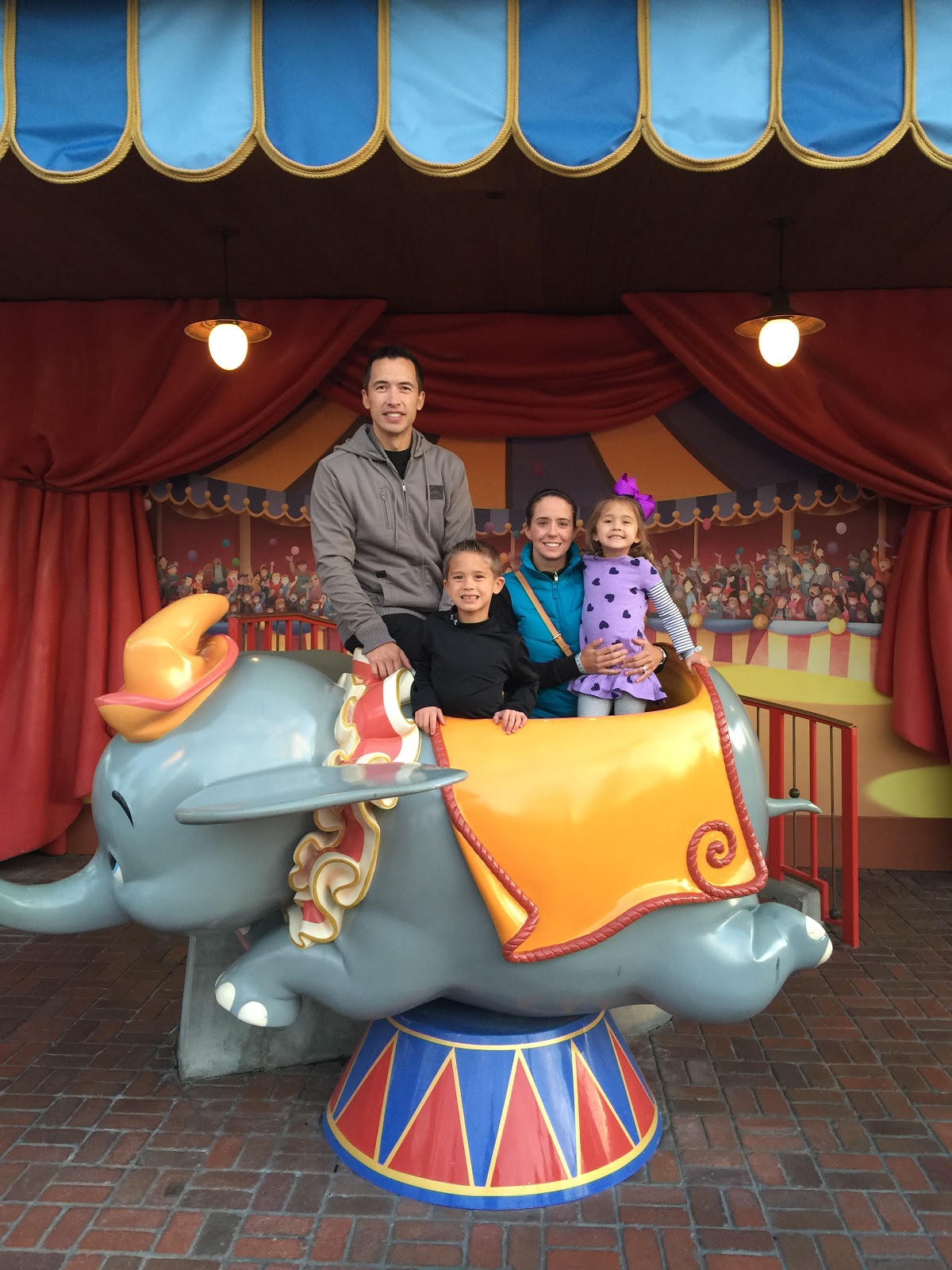 Connor was excited to get a Mickey Ice Cream bar. Paige wanted one too, but then she saw a Mango Popsicle and that's what she ended up getting. 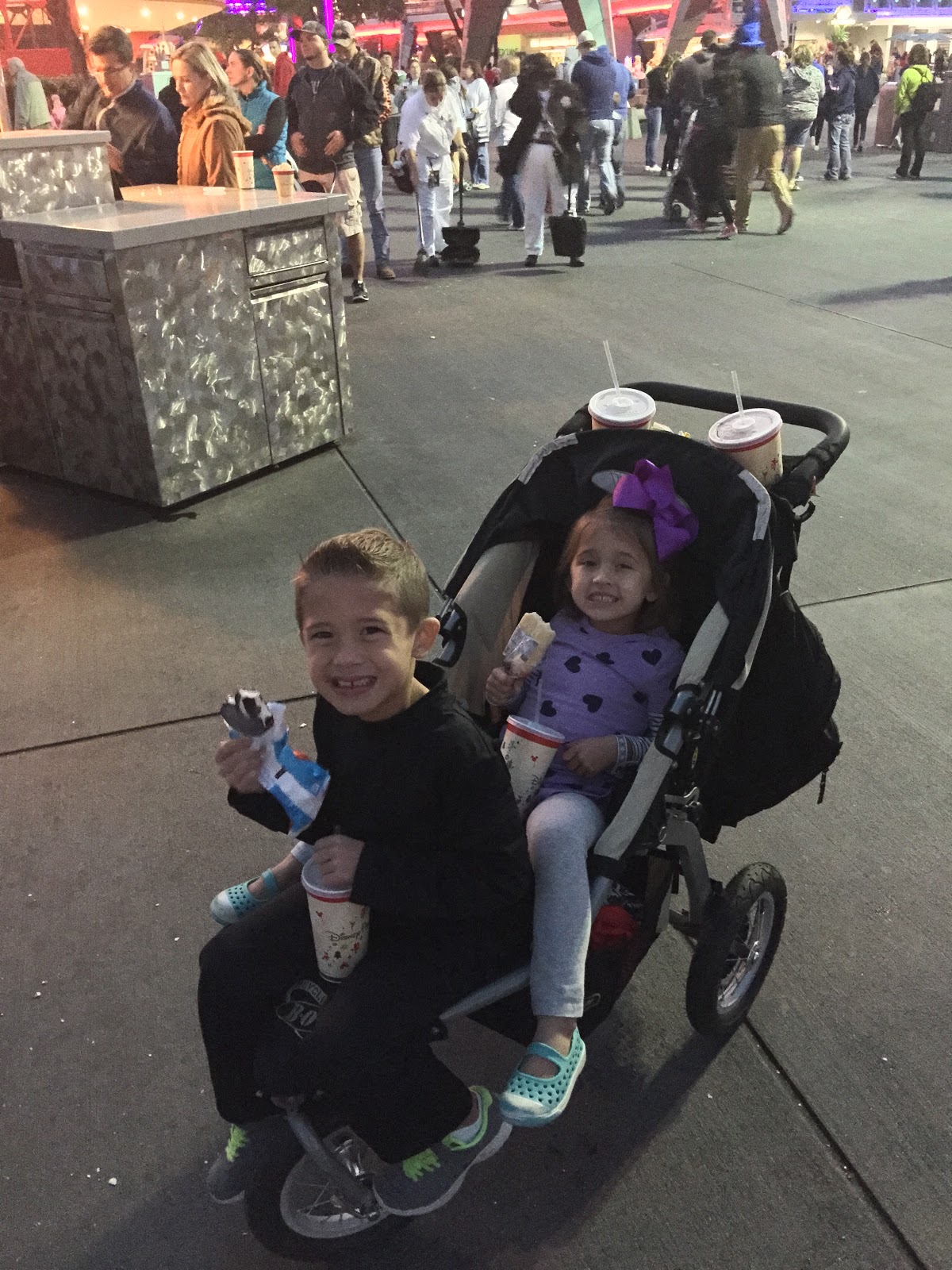 Since the kids weren't super pumped for rides, we watched a show and the parade. The show was "Frozen" themed and Elsa, Anna, Olaf and Christof were there. The crowd convinced Elsa to use her ice magic and she transformed the castle in to a magical ice palace. Paige absolutely loved the show and was in awe. We were all pretty amazed by the castle all lit up, it was beautiful. 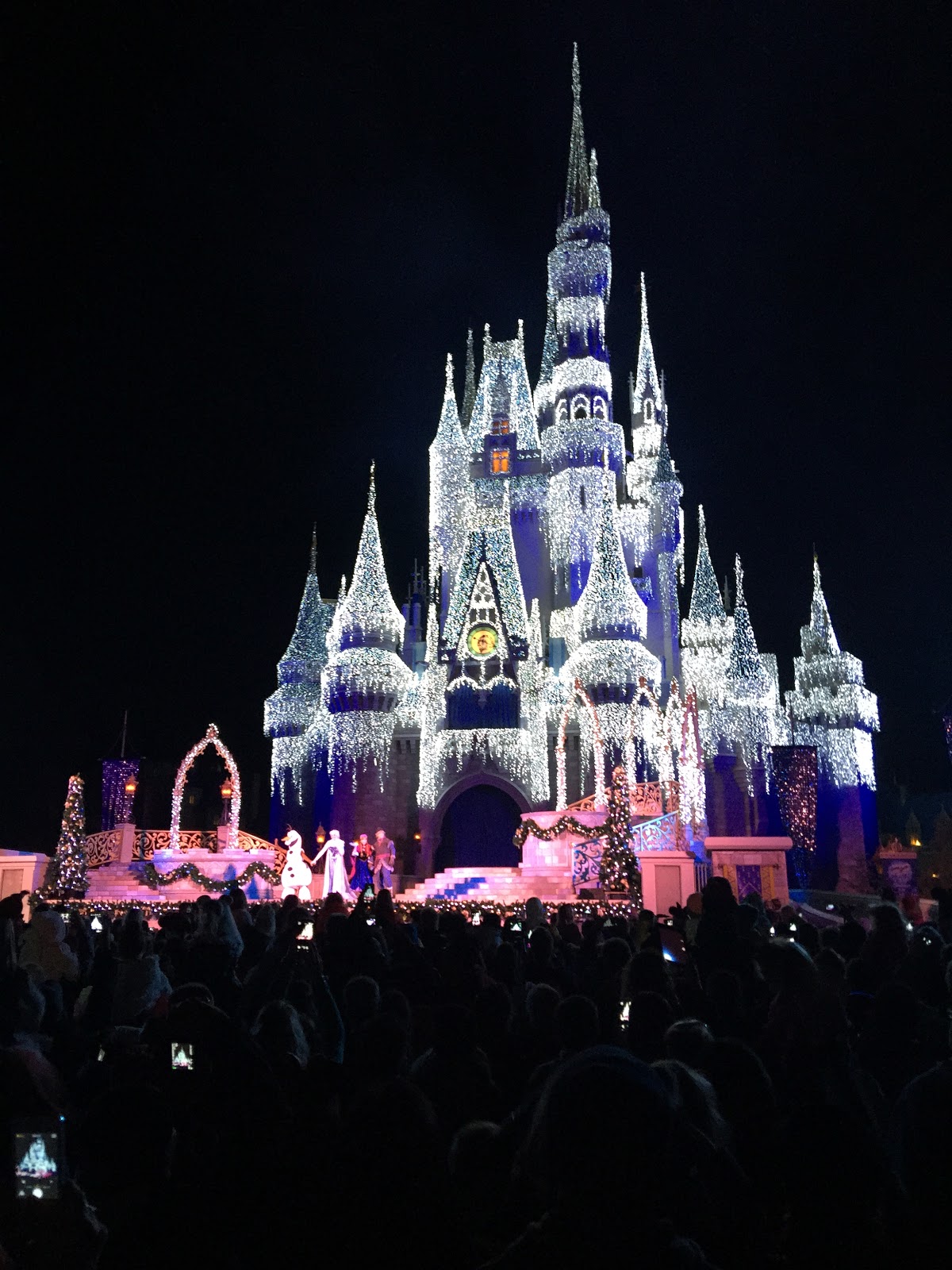 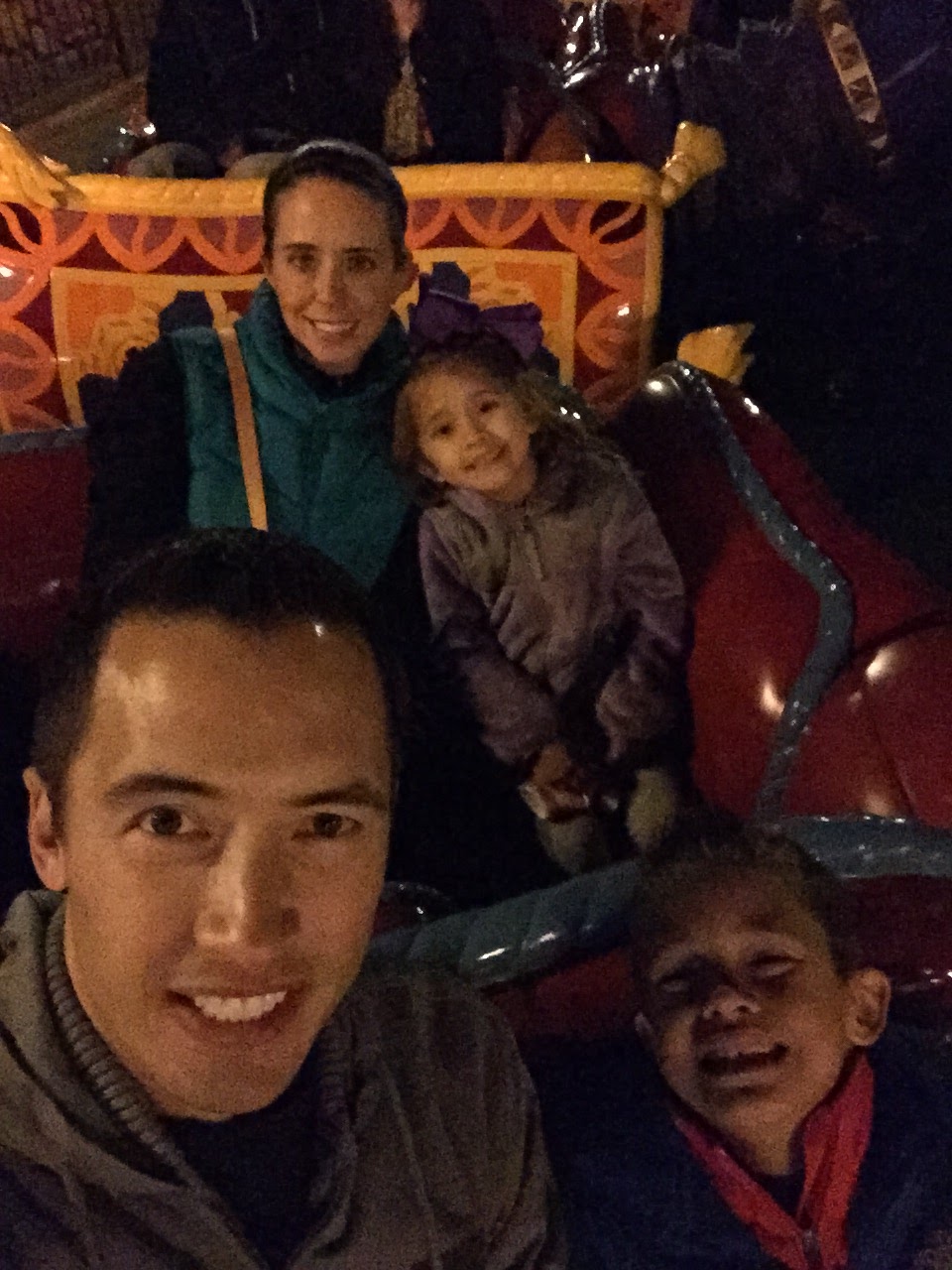 After a few more rides, we watched the Christmas parade. Anna and Elsa were there, along with all new floats. 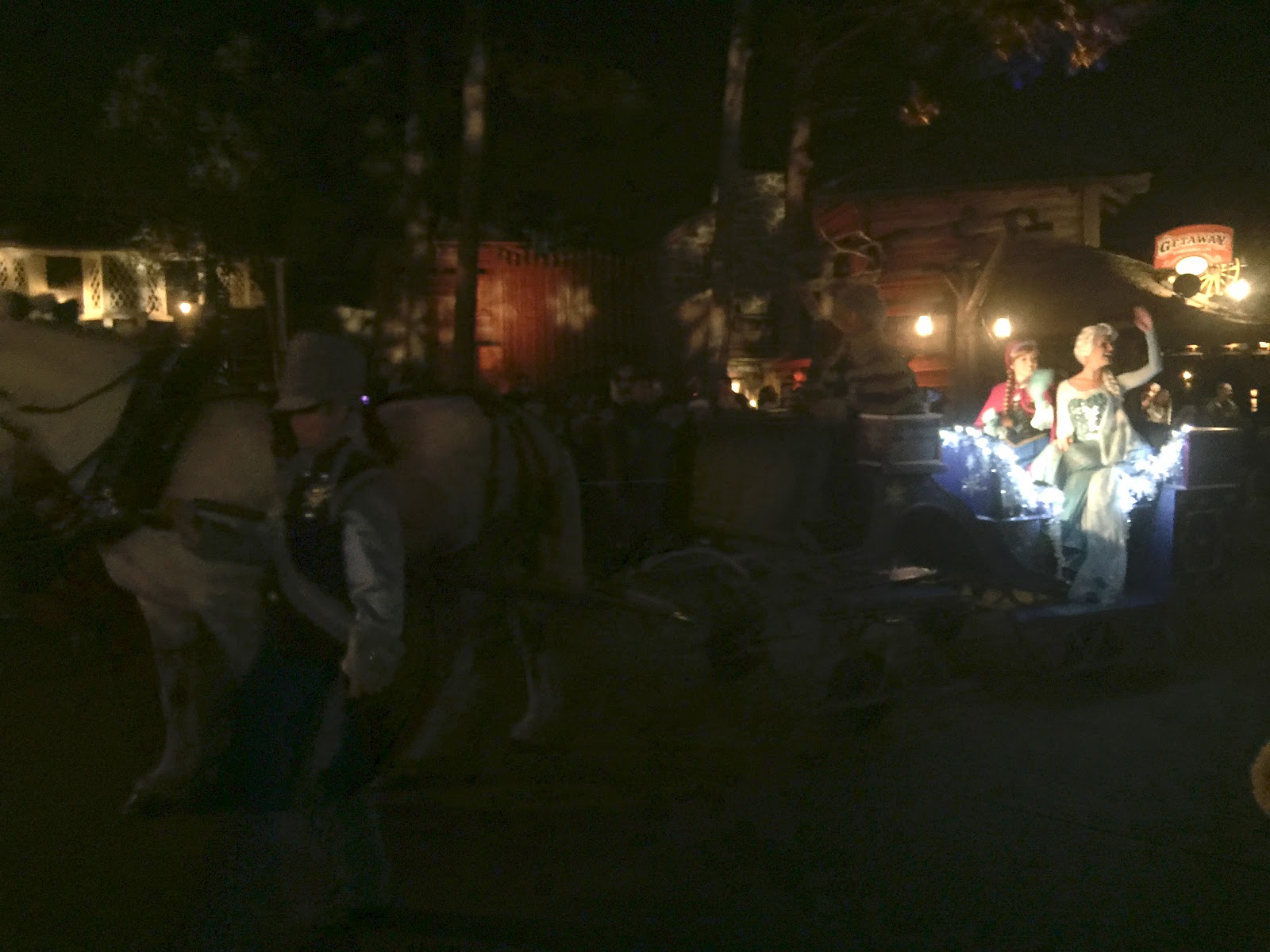 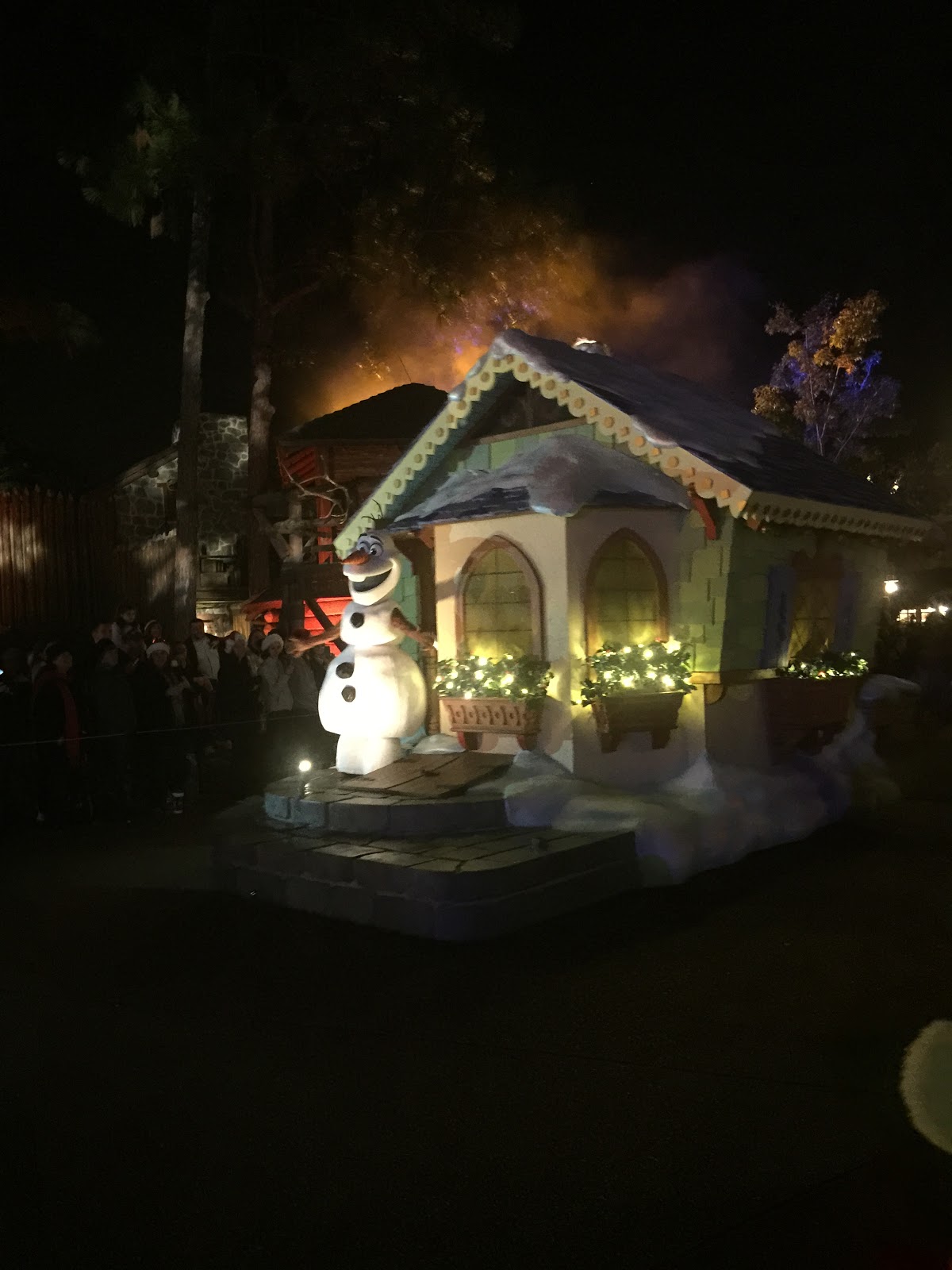 The parade ended as Santa came through on his sled, wishing everyone a Merry Christmas. 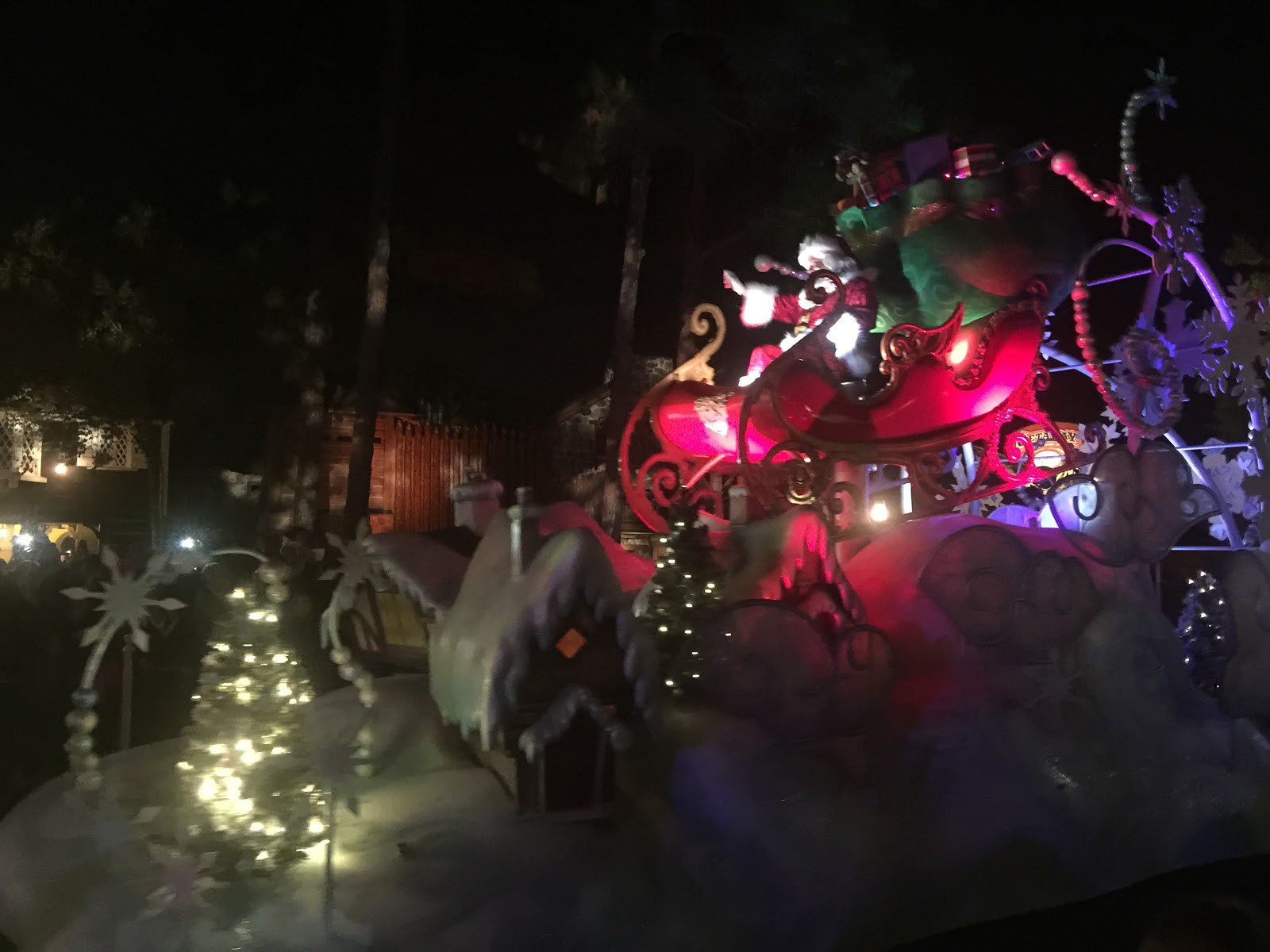 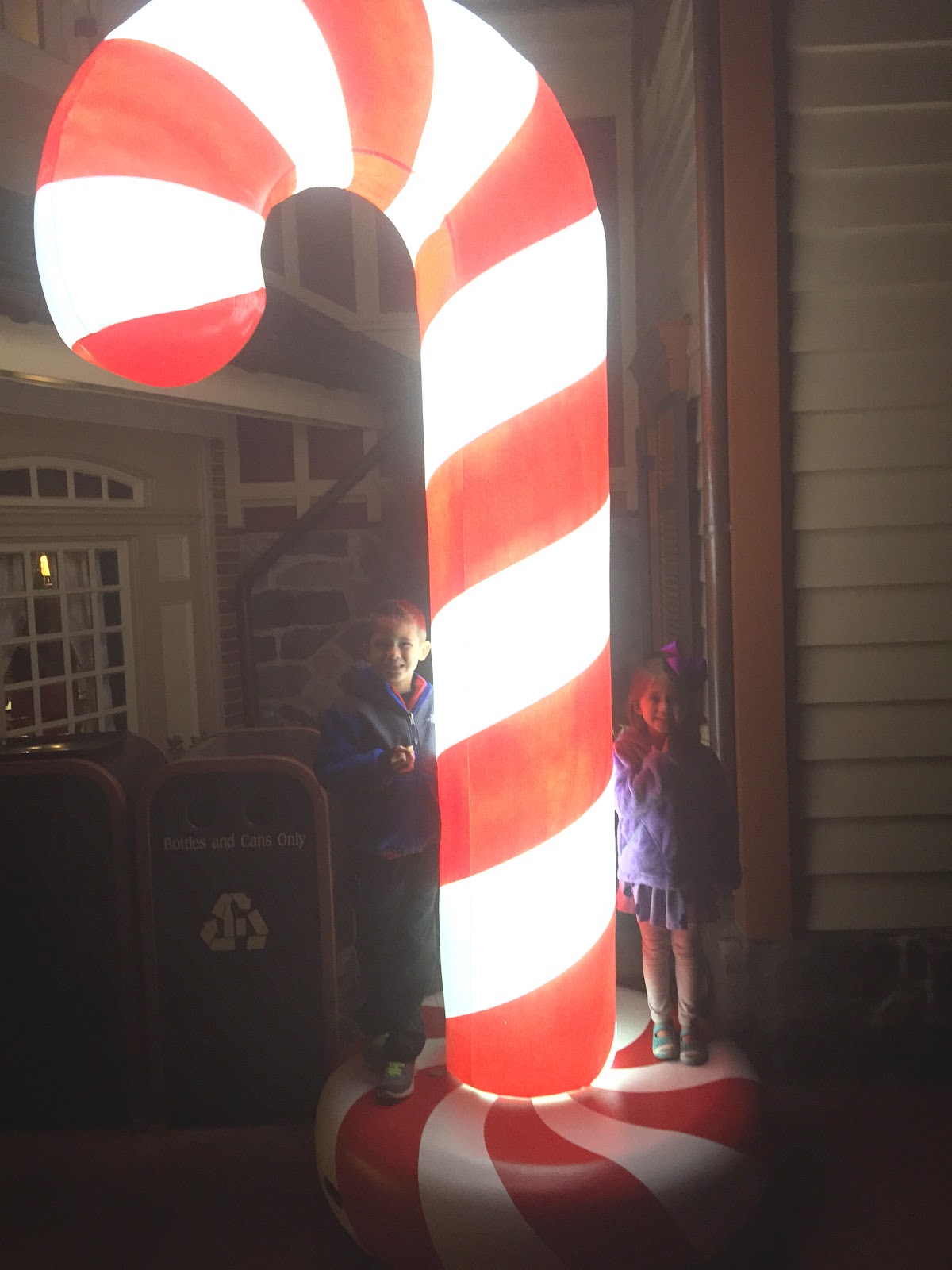 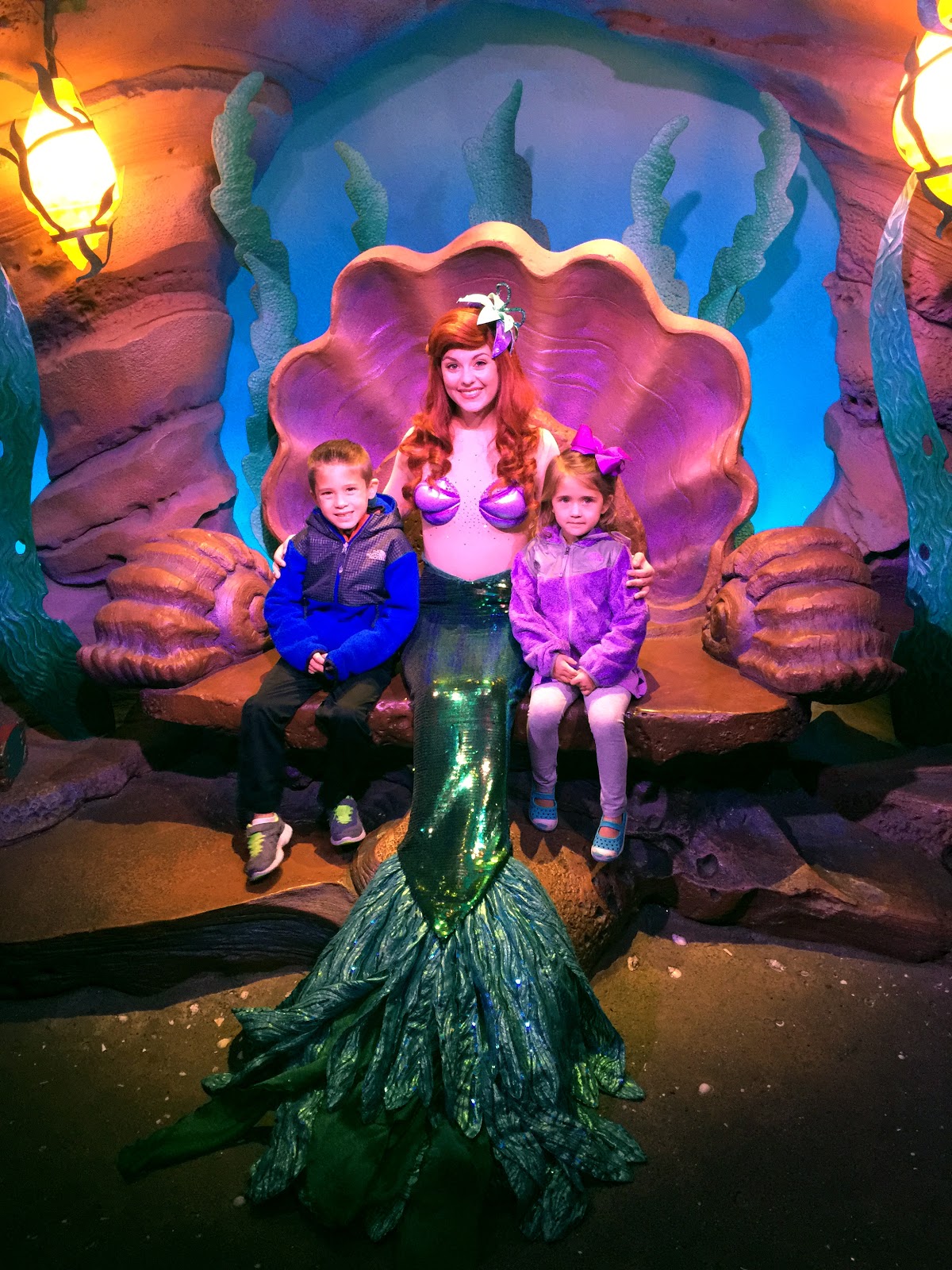 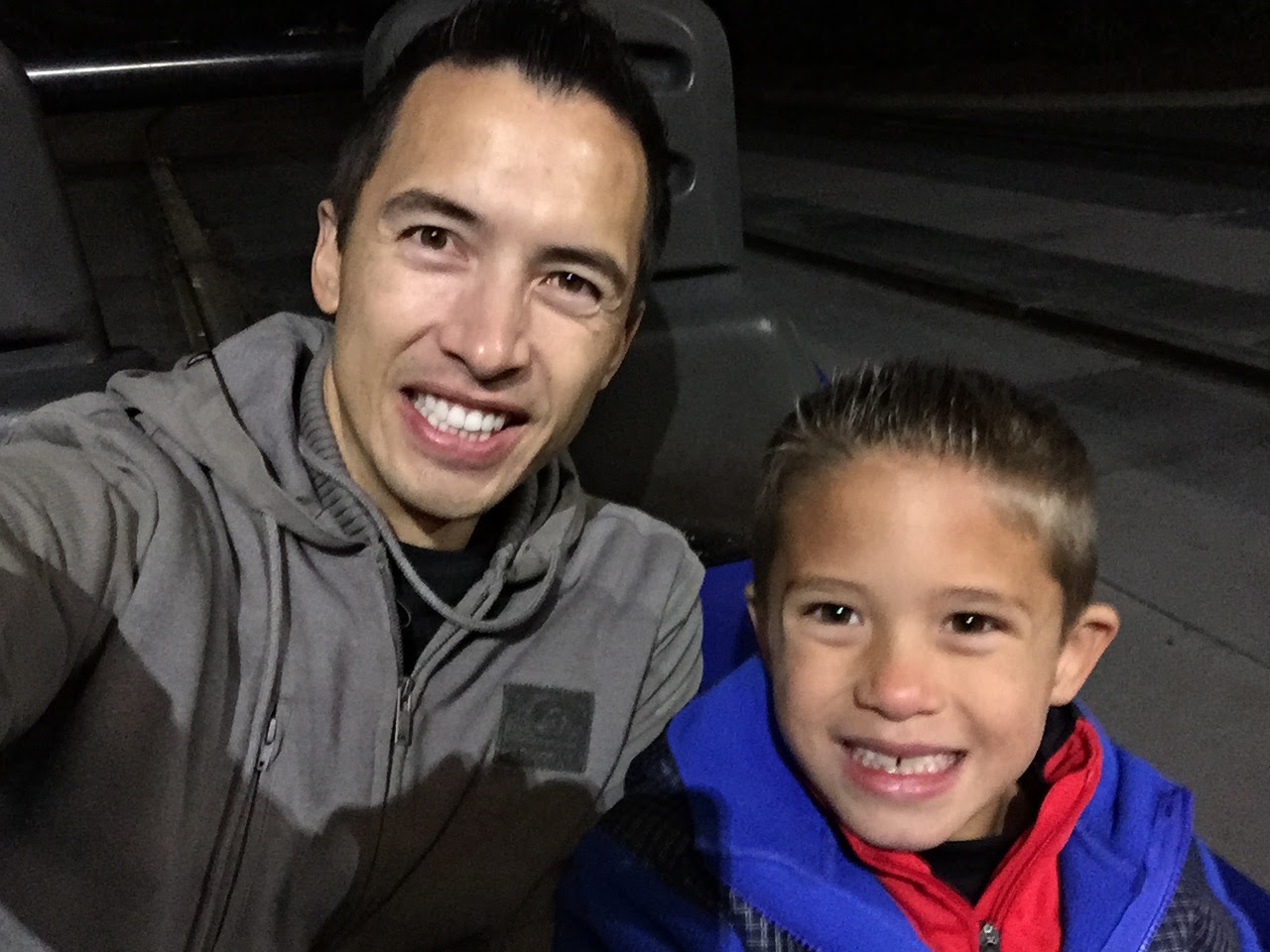 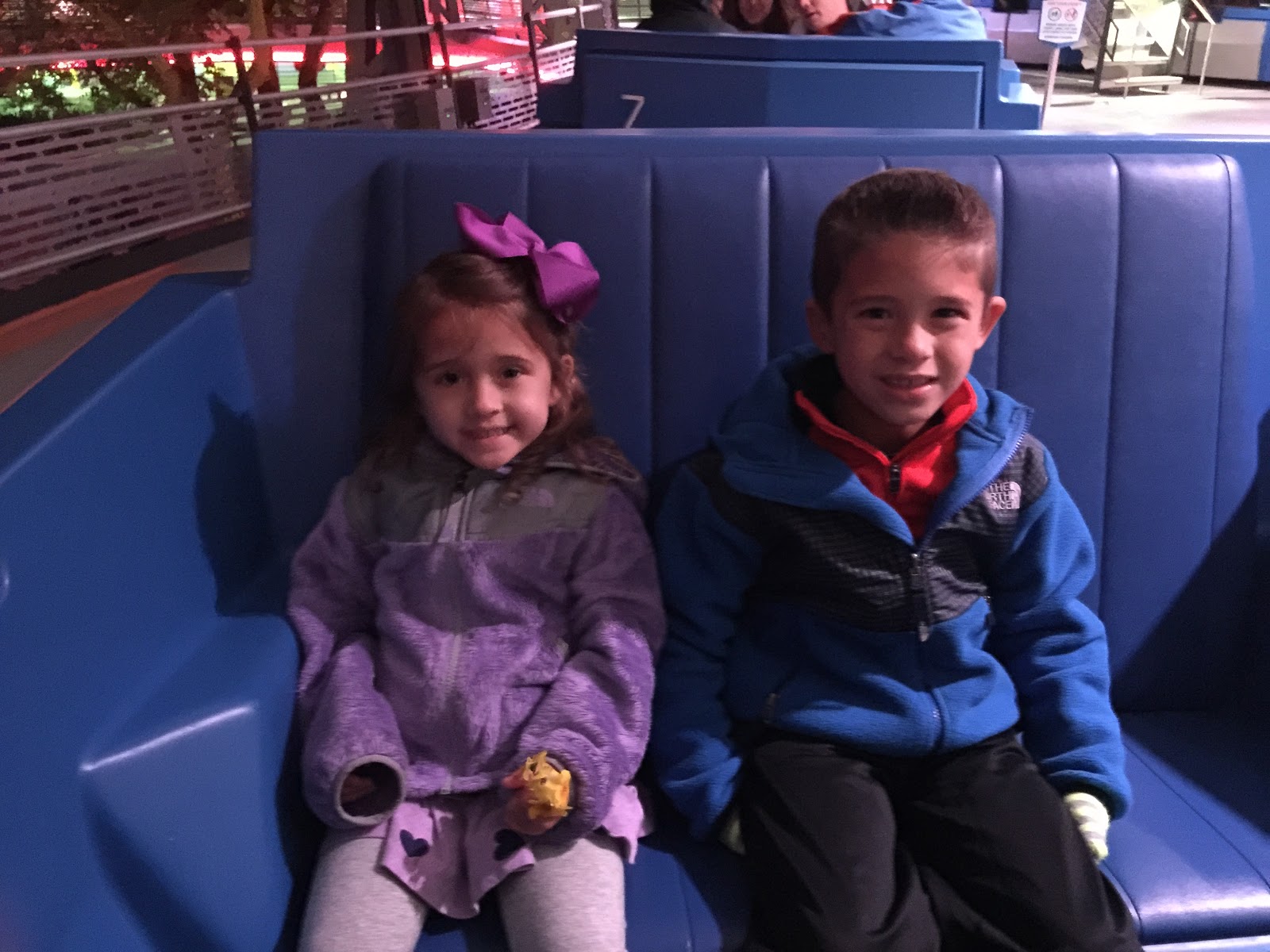 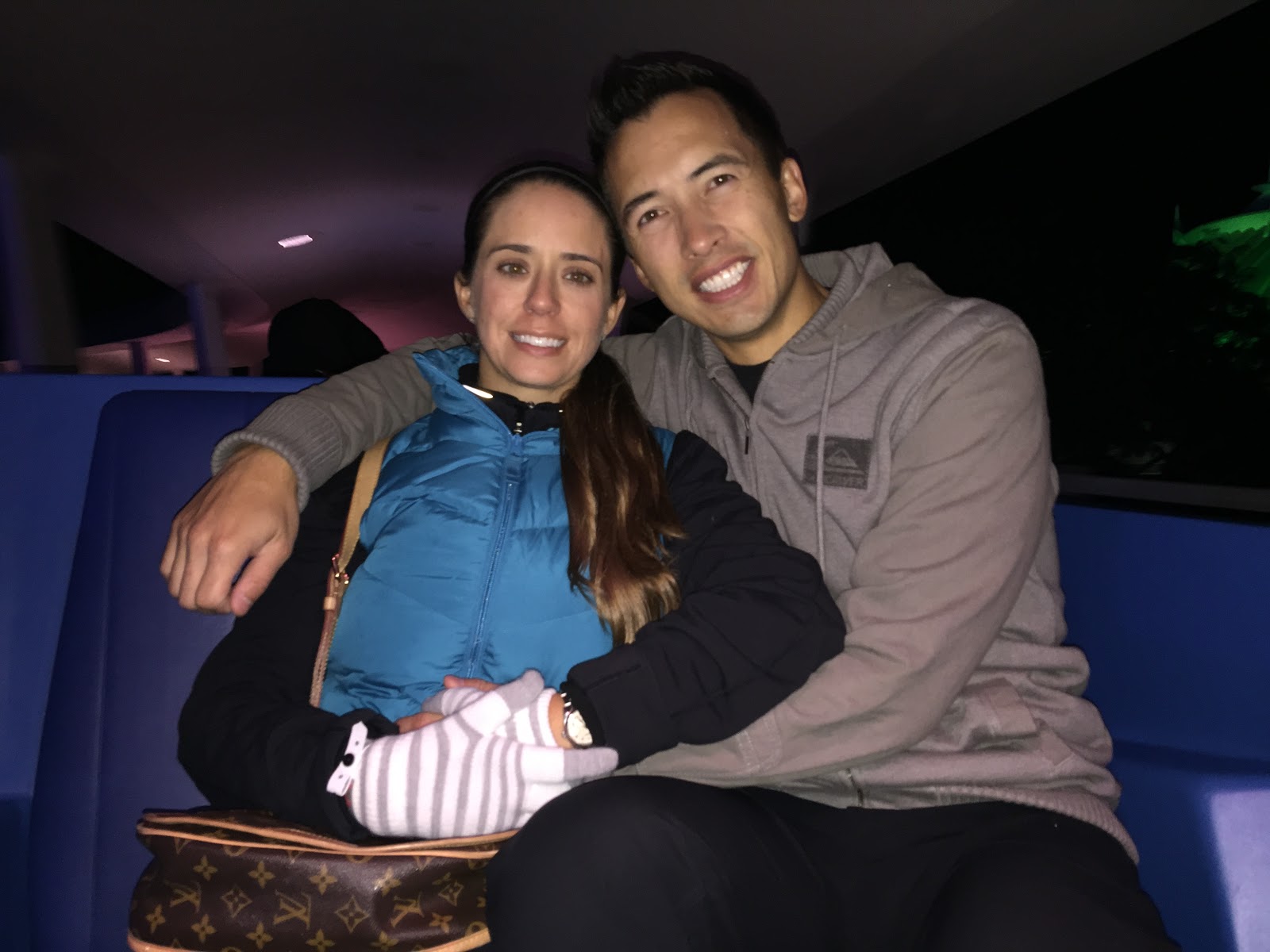 We rode some more rides and then went back to the hotel before it got too late. It was a bit chilly, but we all had a fun night together.