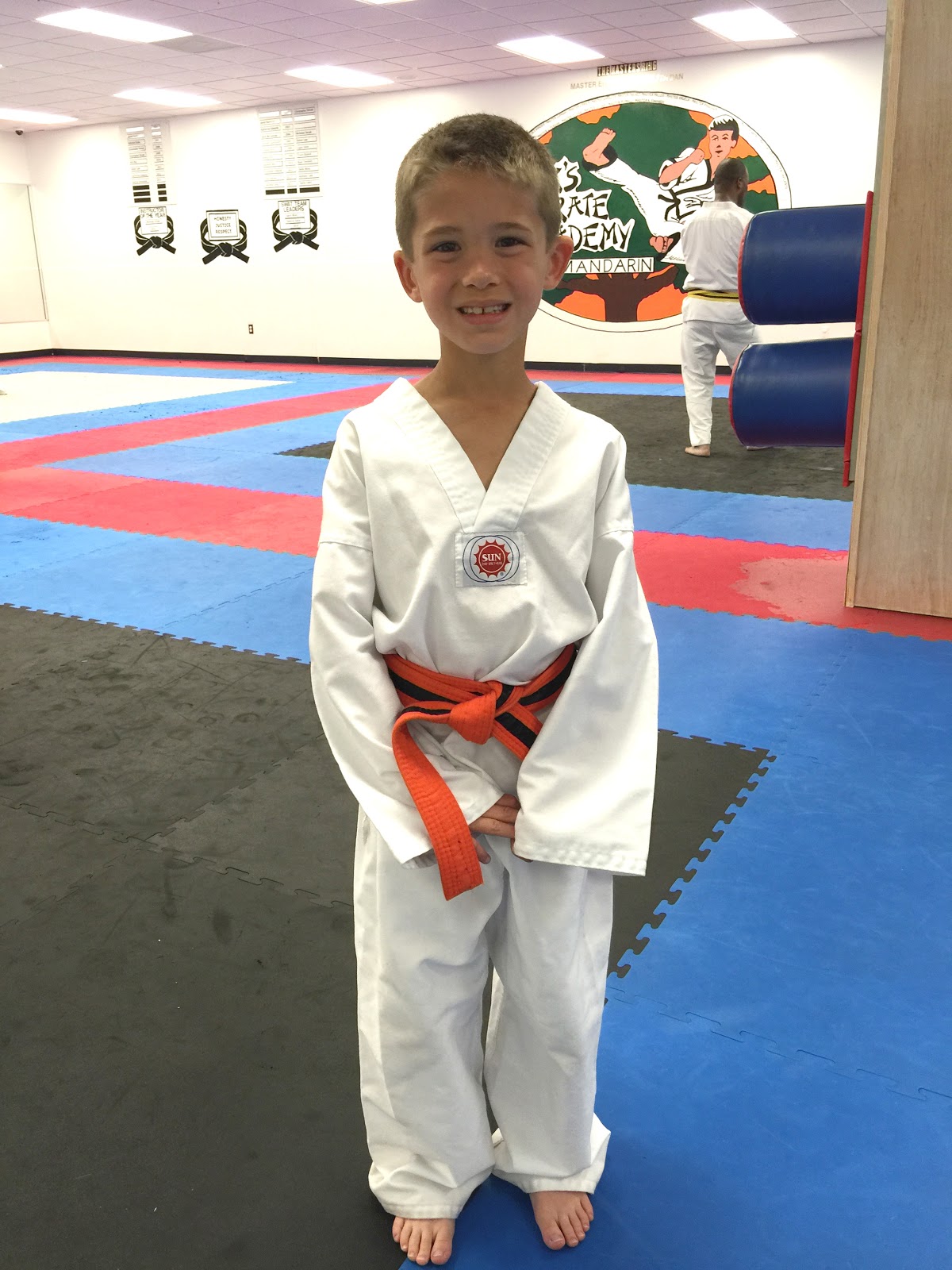 Connor had his test for his new belt on Wednesday March 11. He had to do a private test since we were busy during the normal testing time and also the makeup. He didn't want to fall behind the other kids his age, so we went to do the test after his soccer practice. 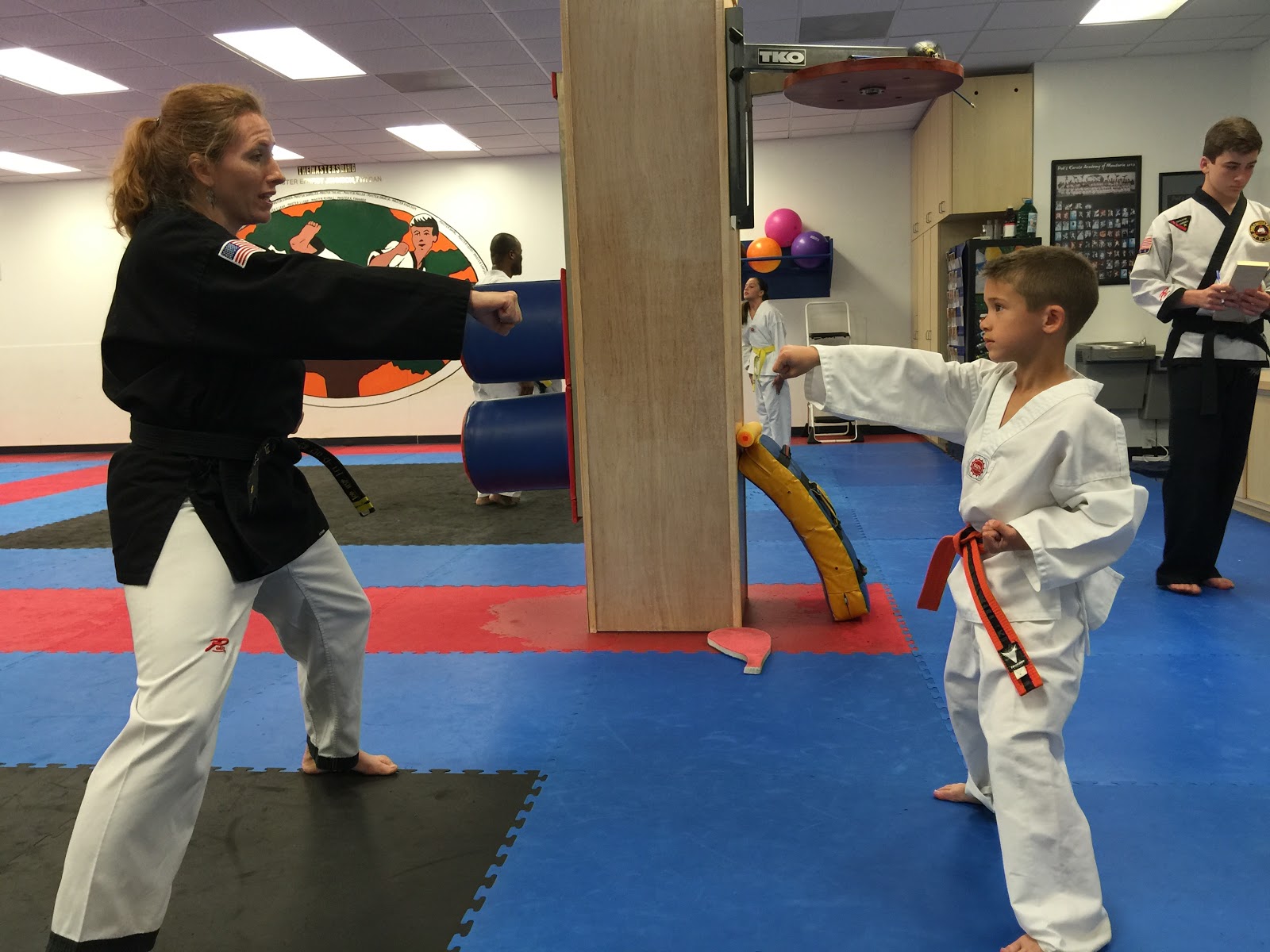 He did well remembering all the moves and was nice and aggressive during the sparring. The board breaking was the hardest kick yet, he had to do a jumping sidekick. It took him about 4-5 tries, but he did it. The instructor mentioned that it was the best she'd seen of anyone taking the test for this belt this year. 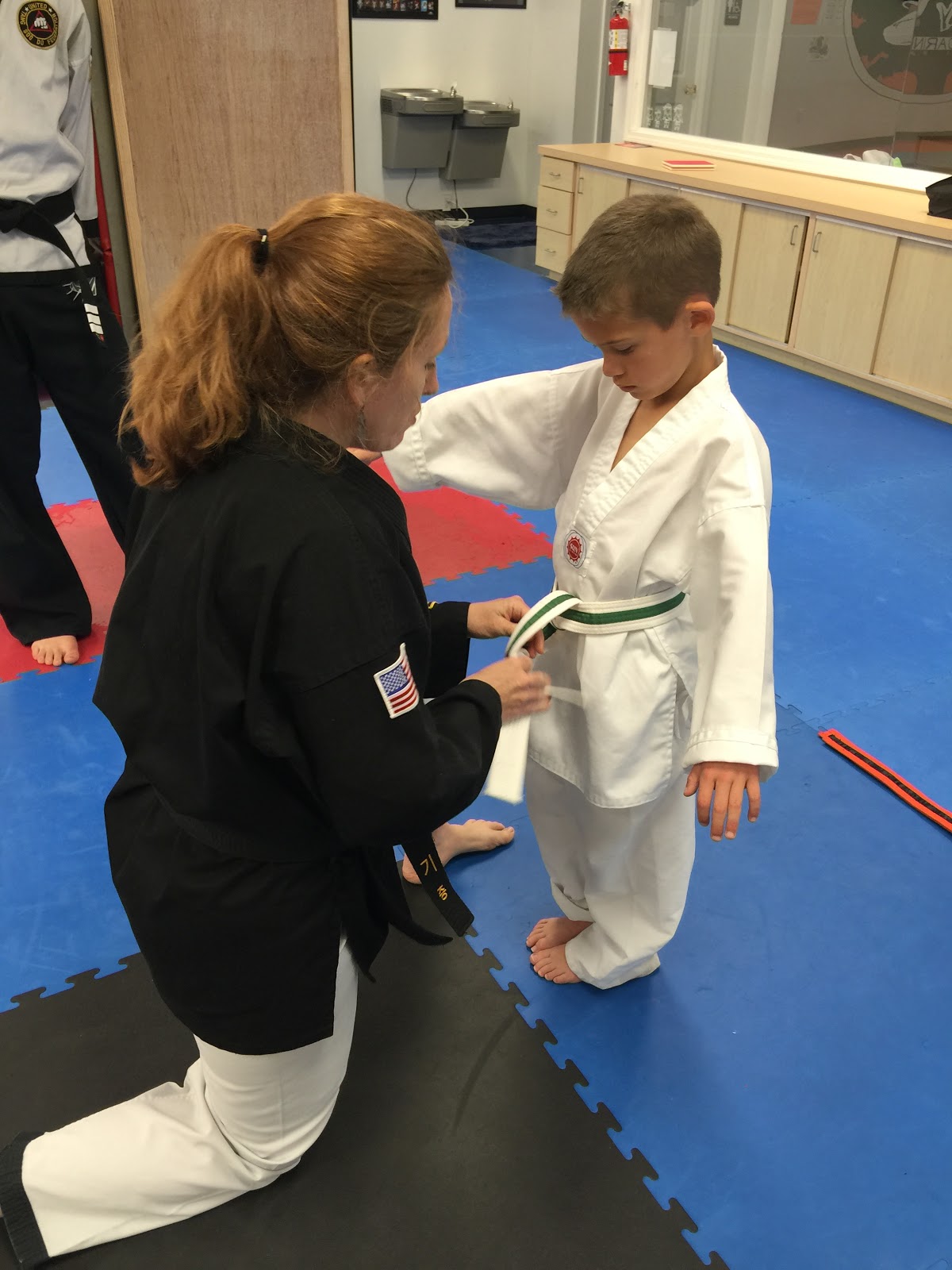