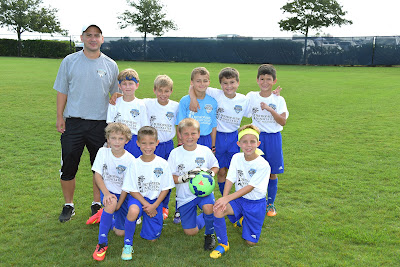 This weekend, Connor's team played at the Champion's Cup Tournament in Orlando Florida. Their team has been improving all year, and typically plays boys one year older than them, however at this tournament they were playing boys their own age. On Saturday, they played Florida Rush's Azul team and won 6-0. In the afternoon, they played Florida Rush's Nero team and won 6-2.

On Sunday, they played the Forida Rush Developmental team and won 8-0, which put them in a position to play against the B4Vil Villages soccer team for the final. The final game was by far their most difficult and after the first quarter of the game they were down 0-1. Bennett scored quickly after that first goal and then Ajdin scored soon after to put the Creek's team up 2-1. The rest of the game, there were a lot of close calls on both ends of the field, but the score held and Connor's team won! 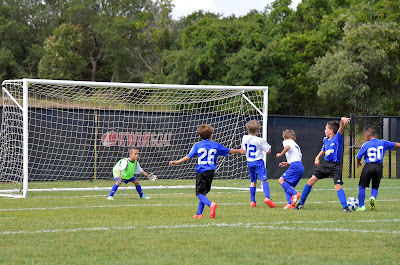 This weekend was the best soccer Connor's played in a long time. I think it really helped him mentally knowing that the other boys they were playing against were his own age. There were some tough moments where he would crash in to the other players and I was wondering if he'd play hesitantly as he's done in the past, but he stayed aggressive every game and was an asset to his team. He moved the ball well, got a few assists and a couple shots on goal, but unfortunately none went in. His coach even put Connor in as goalie a few times, which is always stressful to watch. Connor's just too short to cover the height of the goal and there was one ball that he couldn't reach that went in during the game against the Nero team. Connor dove and stretched for it, but it was just too high. 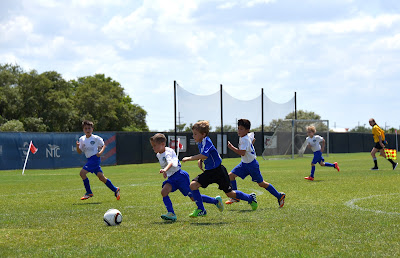 Overall, we were very proud of Connor for all his hard work throughout the season and for putting in so much time and energy to his sport. He's a special boy and it's fun to watch him do things he loves. 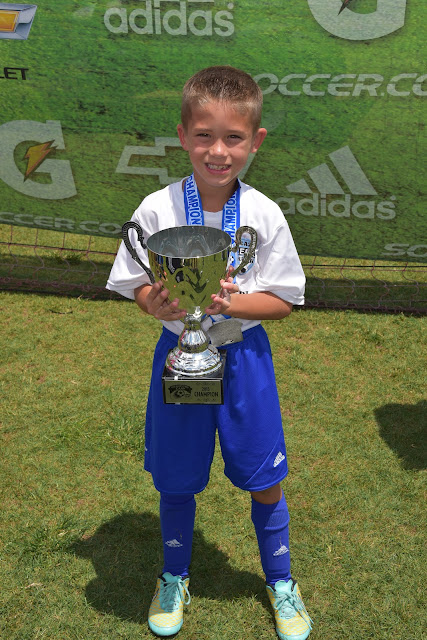 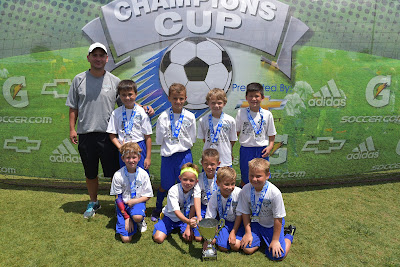 Paige came along this weekend too and was a very good girl.  She made friends with Bennett's little sister Dillon and Ajdin's little sister Marlena. Cole, Reid's big brother, was a hoot and was always carrying the little girls around, or playing and entertaining them. 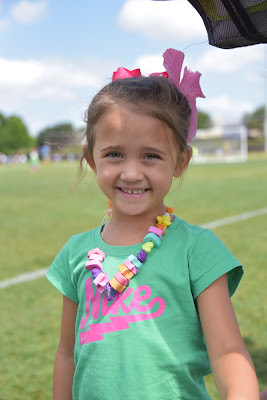 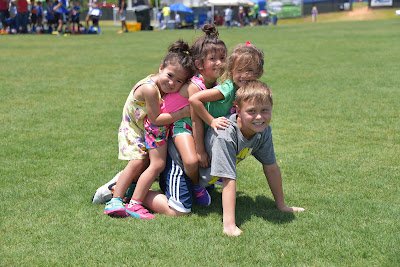 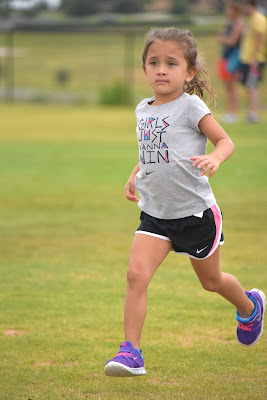 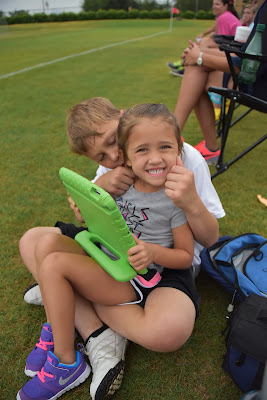 On Saturday night, we drove to Downtown Disney for some dinner at the Rainforest Cafe. We did a little shopping and got Paige a new Palace Pets book, and Connor picked out a frog hat/glove thing. I'm not really sure what to call it, but it's pretty silly and Connor has been having fun wearing it everywhere. 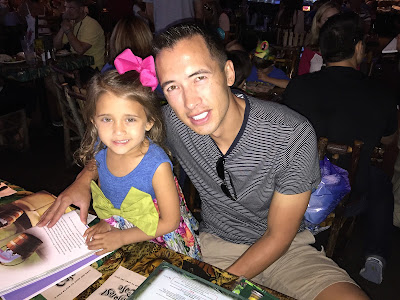 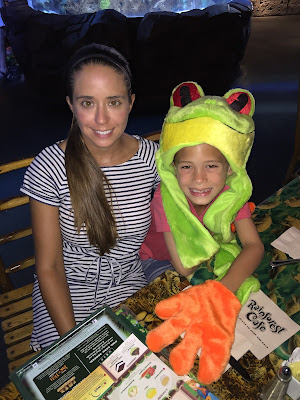 The weekend was a long one, hot at times, and stressful at times, but it was a fun trip and we are proud of our little man for being a part of a talented and successful soccer team. 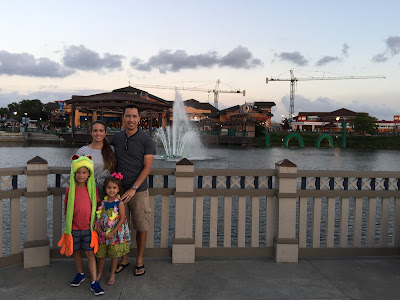