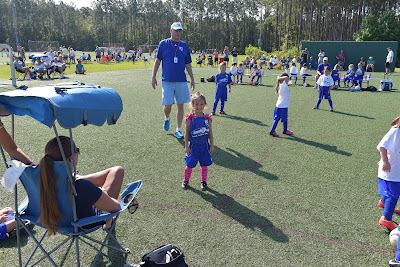 Paige's last soccer game with Creek's was this Saturday morning. She looked cute as ever in her uniform with her pink shin guards and bows. Paige worked hard during the games this season, always running and always active. Unfortunately it never seemed to click for her like it did last year. There were a couple goals throughout the season, but they were fairly rare. Paige would typically focus well on the ball, but she would never really run towards it or attempt to kick it unless it came right to her and rolled in to her feet.

The picture where she's running and watching the ball from a few steps away is a pretty typical scene from the season. 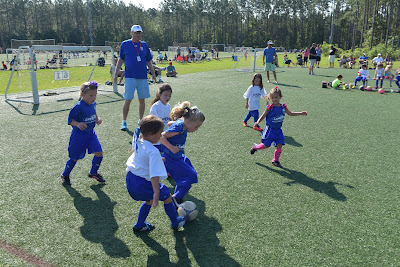 Paige did excel at kicking the ball in from out of bounds. She was the star at walking up to the stationary ball and kicking it straight to her teammates. 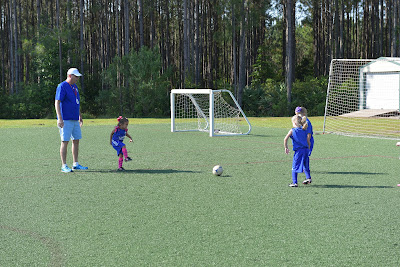 The positive takeaway from the season is that she had fun, got exercise and maybe learned a little bit about the game. At this time I don't think she'll be playing in the World Cup any time soon, but you never know what next year might be like!
Posted by Shawn Vernon at 4:49 PM