This past weekend we went to the Marriott Harbor Lake resort in Orlando for Labor Day. We drove down on Saturday morning and checked in to the hotel after lunch. We played out at the pool and the kids are still a good size and age for the pirate ship and pools. It was super hot, but it felt good in the water. We played a team game with some other guests where we picked up poker chips with letters on them to spell words. Our team won! 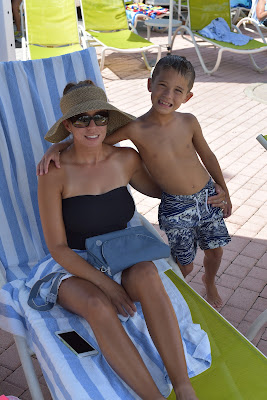 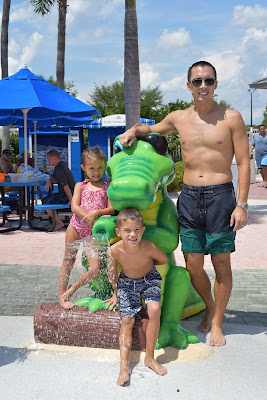 It rained a bit in the afternoon, so we went in and changed and then went to dinner. After dinner we went to the park on property and I chased the kids around for a while. We'd thought about staying up for S'Mores, but had dessert at Uno's, so we skipped it and watched the US Open and then went to bed. 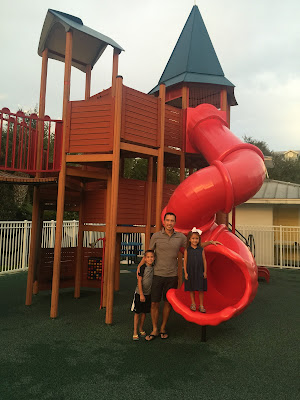 On Sunday morning we went to the other pool area on property. The kids played with the big water cannons and the big buckets that dumped huge amounts of water. The buckets didn't seem to be working really consistently, sometimes they would dump every few minutes and sometimes they seemed to get filled up and then would just sit there and overflow for a long time. It was pretty unpredictable. 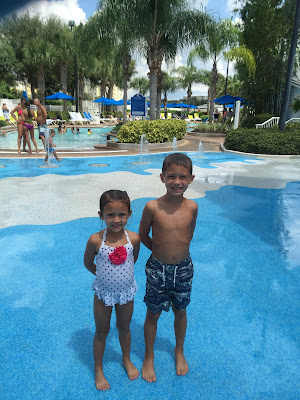 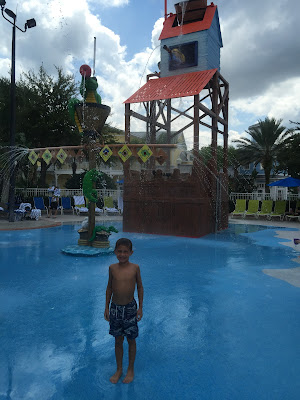 The kids went down the slide a few times, but surprisingly Paige didn't really seem to love it. 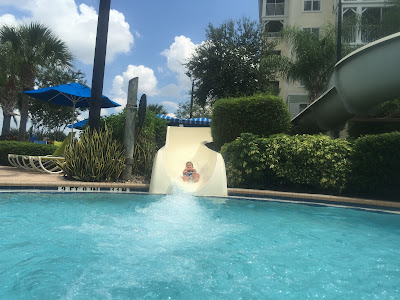 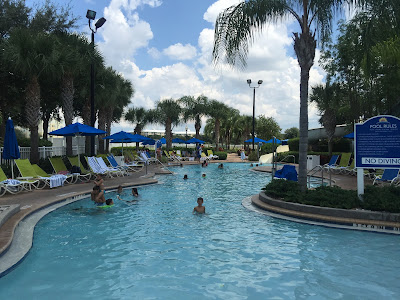 Paige's eyes hurt after a while. She said that the water was too "spicy", and her eyes got super red. Like on Saturday some clouds blew through in the afternoon, so we went in and changed. 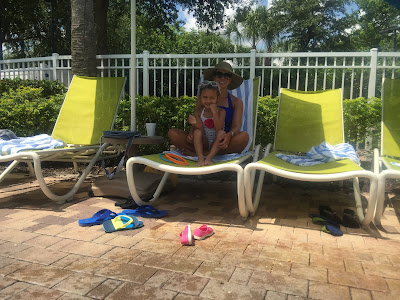 In the evening, after it cooled off, we went out and played mini-golf with the kids. Paige did her own special technique as she normally does, and Connor did well although he rushed his shots sometimes. He's pretty good! Andrea and I kept score between the two of us and on the last shot I missed and she beat me by one stroke. 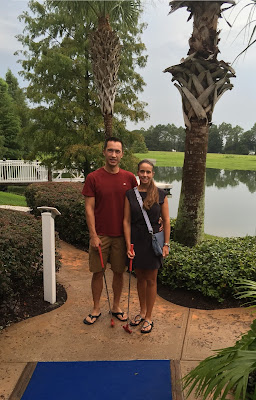 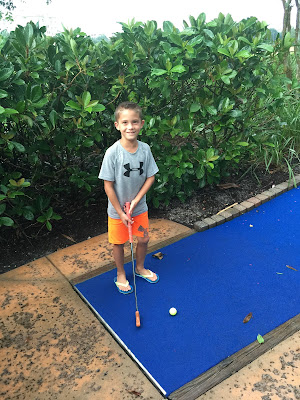 Paige did manage to get a hole in one on one once and was very excited out it.


On Monday morning, we drove home after we checked out and spent the rest of our Labor day holiday watching some tennis and relaxing together. It was a nice weekend with our little family!
Posted by Shawn Vernon at 6:22 AM