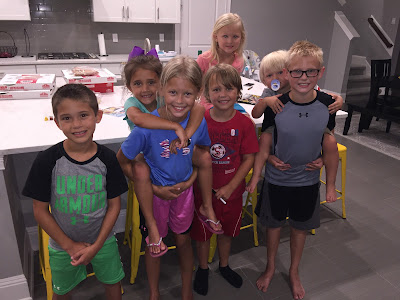 This weekend we stayed in town and did some things around the house and tried to relax a little. On Saturday, we'd planned to meet the Froelich's at the beach, but it rained quite a bit so we just went over to their house instead. They have a whole bunch of kids for Connor and Paige to play with and they all had a wonderful time playing together. 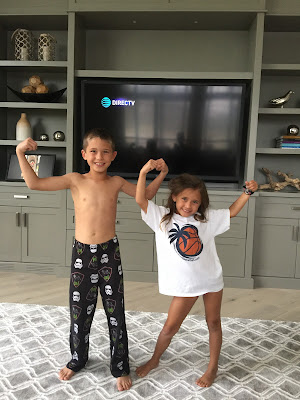 At home, we watched Wimbledon and the kids played.


The highlight of the weekend for our kids is when we found a dog wandering around on the golf course behind our house. He'd been out there for a little while when I noticed him and after we saw him alone out there for a while, Connor and I went out to check on him. He was desperately hot and thirsty. He drank two bowls full of water and we dumped some water on him and blew a fan on him. He had a collar, but no tags. Since it was on the 4th, the animal shelter wasn't open, but we did find an emergency vet that was open. We took him up there and they scanned him, but he didn't have a microchip. 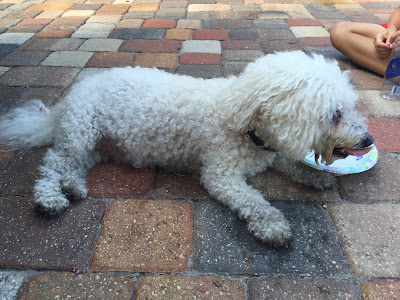 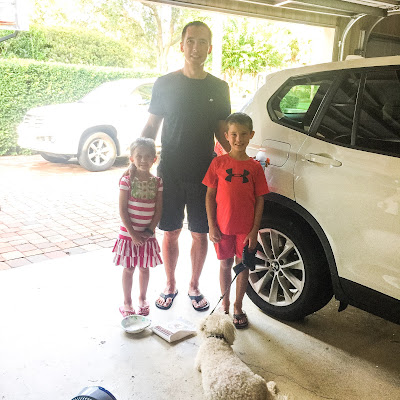