Final I9 Flag Football Game of the season - GOATs Champions 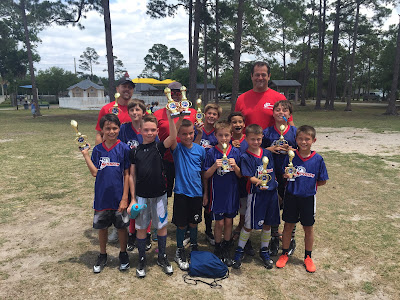 Connor's last game of the season was on Saturday. That morning, the forecast had a 90% chance of rain and we were worried we wouldn't be able to play that day. If the game had been postponed until the next week, we'd possibly miss it, so I was really hoping they'd play. After lunch, I took Connor over and thankfully the rain held off, although it was super windy.

The final game was the championship matchup, and the first half was pretty close although Connor's team ended up ahead at 14-7. The second half, Connor's team kept their opponents out of the end zone and scored a few times. The final score was 34-7. Connor didn't score, but he had a few good flag pulls and was a solid player for their team. He carried the ball once and had a few passes thrown his way.

It was the first time his team's won the championship game, and I am pretty certain that Connor was a big contributing factor for their success. Connor was thrilled with the win. 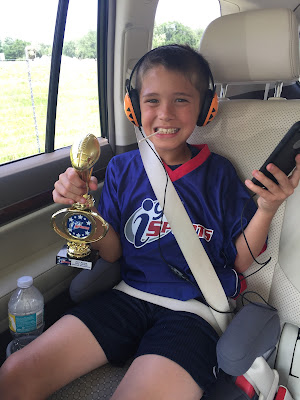