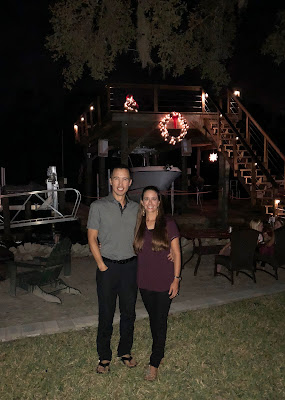 On Saturday night, Andrea and I went to the Townsend's house for their boat parade party. They moved to PVB a few months before we did and have been working on their new home for the entire time. They were almost done at one point and then the hurricane flooded the lower level and they had to do even more work. It was so nice to see it all come together and their party was on a beautiful night outdoors with lots of food and drink, as well as a DJ.

The boat parade was neat to watch, but quite a bit shorter than we were expecting. We'd never seen it before and I guess we were expecting it to last a while, but there were probably 20-30 boats total that came through. All were decorated with lots of lights, and some of them were trying to throw candy and goodies to the people watching, which was a little crazy since it was so dark. 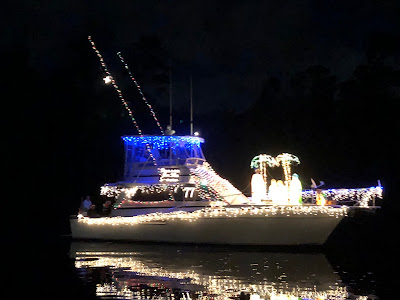 After the parade, we mingled and caught up with our friends and did a little dancing too. 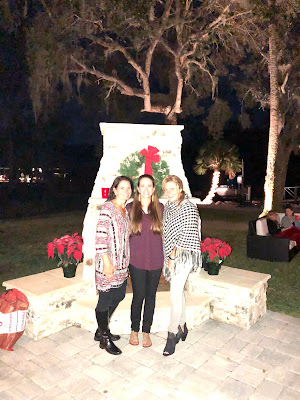 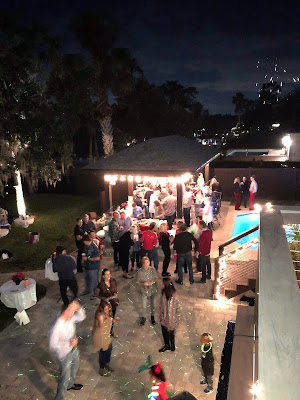