Bike riding and time at the park 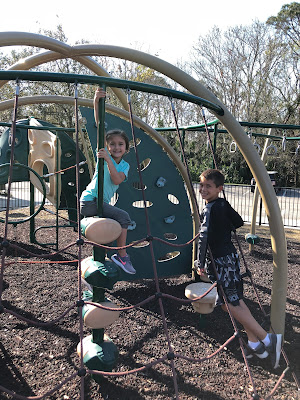 This past weekend we had some nice cool weather, so we took the opportunity to go on a nice long bike ride and to play at the park. The kids were troopers on the bike ride and we went 2.3 miles to the bigger park that is a bit farther away from our house. We played at the park for a while, and I chased the kids around a little until I bonked my head on a bar that I didn't see as I was climbing around. Apparently the equipment isn't made with a grown man in mind. Andrea helped Paige with some gymnastic moves and played catch with Connor too. 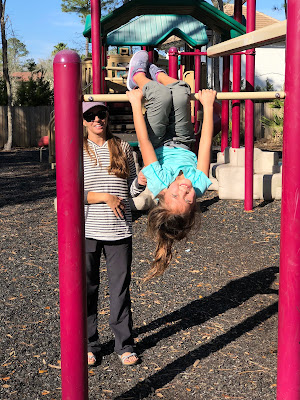