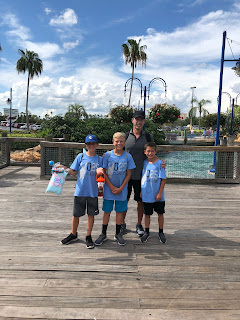 This past week, Connor's 5th grade class had a class outing to Sea World. I volunteered as a chaperone for the trip and was responsible for Connor, Mason, and Camden. We got up early and drove to the school to get on the buses and arrived at 7am. Before setting off, we took a class pic of all the kids in the classroom. 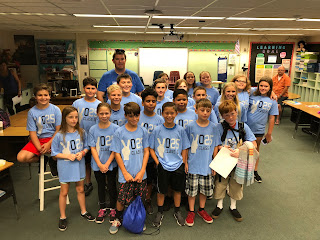 It started pouring rain, a few of the buses were late, and we didn't set off until after 8am. It was a rough start to the day, and we had been apprehensive about whether or not the trip would even happen since rain had been in the forecast all week and there was a 90% chance of rain.  We boarded the bus and on the ride down it was raining the entire time. Just as we arrived, the rain let up and the sun came out. We were happily surprised that it cleared off, and eventually we made our way inside and started off with an Orca show where the kids got splashed and were excited to get wet. 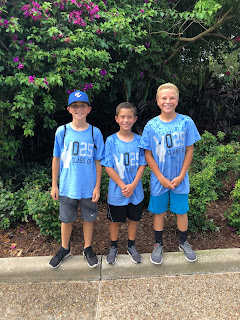 After the show, we ran around the park as fast as possible to ride the rollercoasters before the rain came in. We rode the Mako, Kraken, Journey to Atlantis, and the Manta twice.  We didn't see the whole park, but I think we rode all of the big rollercoasters. We didn't spend time doing much else, and the lines were pretty long at times. Connor was a little scared before the first one, but after we got done with it he was pumped for the big coasters and wanted to ride them all. 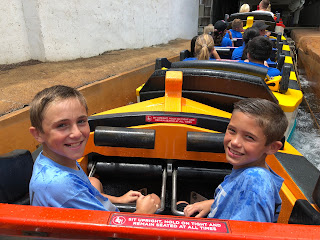 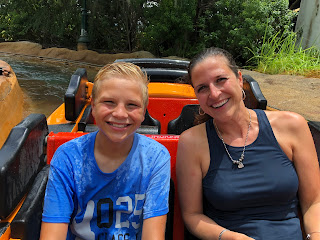 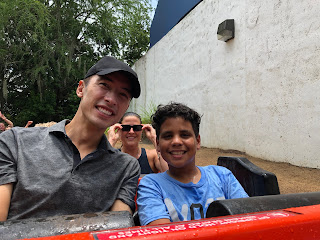 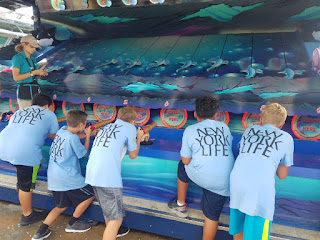 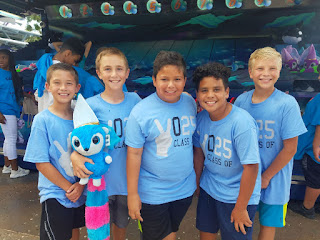 We had a fun day, and I'm thrilled that the rain held off long enough for us to enjoy the day. It was neat to spend the day with Connor and his buddies and although we only really spent 4 hours at the park after the show, we got to do quite a bit and had a lot of fun.
Posted by Shawn Vernon at 2:02 PM

What a brave guy to ride those big roller coasters. Wow!