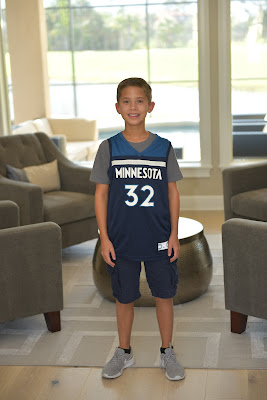 On Friday, the kids completed their first full week of school. Connor's middle school scheduled the middle school dance for Friday evening, and it was Connor's first dance with friends. He was a little reluctant to go at first because he wasn't sure if anyone else was going, but it turned out that lots of the sixth graders went to the dance and he ended up having a lot of fun. Connor rode to the dance with his buddy Carter and one of Carter's friends. 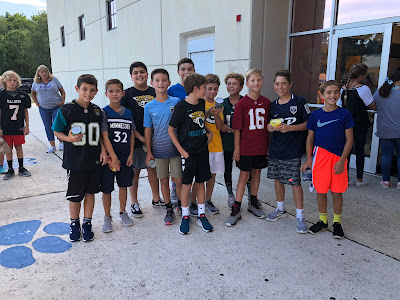 I think he had fun with everyone, and it was setup so there were no slow songs, so no awkward moments with the boys and girls. No worries about dressing up fancy or anything either and the kids were encouraged to wear their favorite sports jersey. It sounds like the boys kept to themselves and the girls kept to themselves as well. 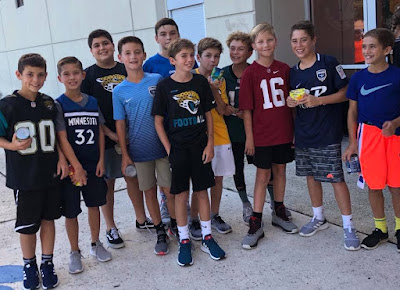 After the dance, the some of the parents took the boys to a local Mexican restaurant to socialize and hang out and I took Connor.
Posted by Shawn Vernon at 11:55 AM