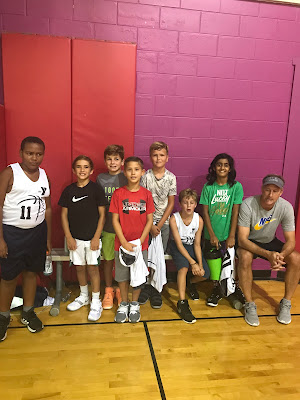 On Friday, Connor played in a big game with his YMCA team and although they were losing in the first half, they came back and won the game by two points. This meant that they qualified for the final game of the season against the best team in the league. On Saturday afternoon he went with his buddies to St. Augustine for the big game. Connor's team had played the team earlier in the season and it had been pretty bad. His team didn't have all their best players, and they got blown out so badly they stopped keeping score and the other team eventually weren't allowed to even use their hands while on defense.

This time around things went a bit better, although it was a very uneven matchup. Some of the kids were enormous and there was quite a bit of debate as to how old they actually were. There was no mercy rule with the score this time, but the boys still lost pretty badly with a score of 7-52. We were proud of the boys for trying their best against the monster team and Coach Rob encouraged them to make friends with tall boys at school this year. 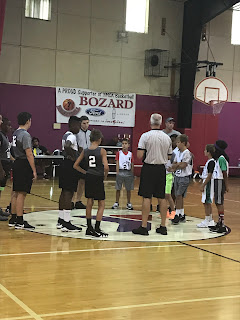 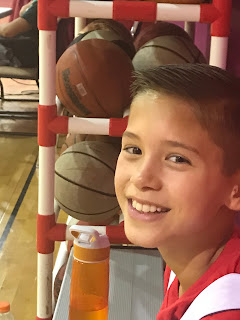 After the game the boys went back to Rob and Monica's house for the afternoon and then we invited them all over for a sleepover at our house. Carter, Liam, Bobby and Connor all were pumped to play Fortnite Battle Royale together and Liam and Carter brought their Nintendo Switches so they could all squad up. Using the Xbox, a computer, and the Nintendos, they were all able to play together and it was fun hearing them all screaming and shouting during their matches. 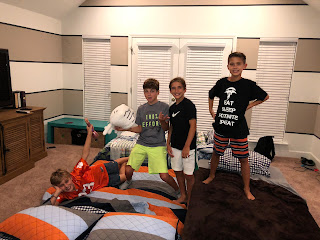 We had them turn off the game at around 9:30, lights off at 10:00, and finally by around midnight they were all asleep.

In the morning, Paige and I went to Dunkin Donuts to get everyone some breakfast. When we got home, we were happy to hear that the boys had won a round together, and they recounted their victory while I recorded them. 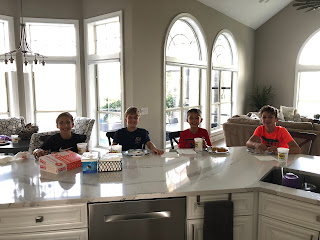 Connor is lucky to have a good group of boys with such similar interests. He had a fun weekend with buddies.
Posted by Shawn Vernon at 9:01 AM