Connor turned 12 this year and we celebrated with some of his friends at the house. Andrea had been asking him what he wanted to do for his birthday, and Connor decided he wanted to have a sleepover with some of his friends, and to just have some fun at the house. Andrea still made it special by getting him his favorite dessert (Whoopie Pies from a local bakery), his favorite food (cheesy potatoes from a local BBQ place), and some cute decorations and goodies for everyone. Before everyone arrived, we got a picture of Connor with the balloons, and also a few with the family. 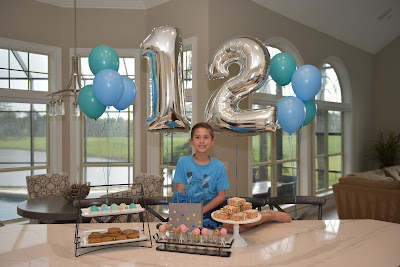 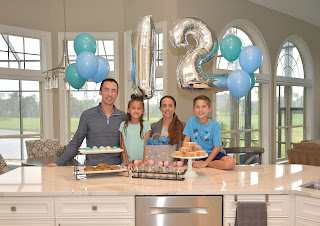 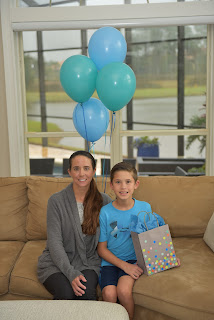 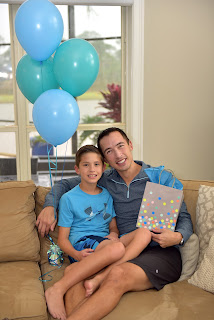 Connor's friends arrived around 4pm. Liam, Quinn, Robert, and Wolfie all came over and for the first hour or so they played Fortnite together. I think it wasn't the most competitive setup for them since most of them had to play on mobile devices, but it sounded like they were enjoying it. Andrea and I warmed up the BBQ and we ate dinner together. We asked them about middle school and we enjoyed hearing their stories while we ate. 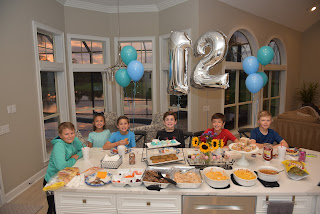 After dinner, the boys played basketball. It had rained most of the day, so it was a little slick and cool out. The boys played super hard and it was fun and entertaining to watch them. They played Knockout, Bank, and then 1v1 Continuous, where the winner of the 1v1 goes on to 1v1 the next player. 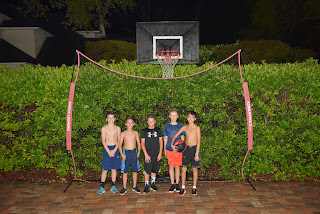 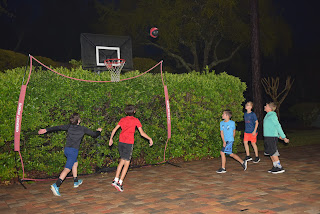 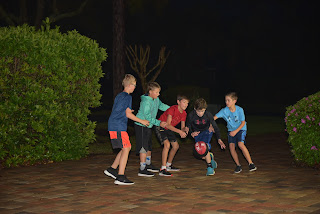 After basketball the kids were hot and ready to swim. They did a dunk competition, Marco Polo, the alligator game, and finally just played basketball, which pretty much devolved in to a wrestling match. 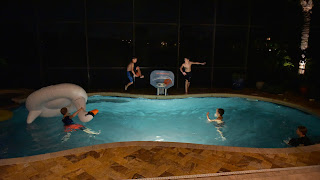 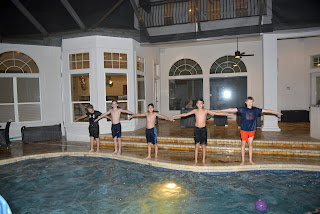 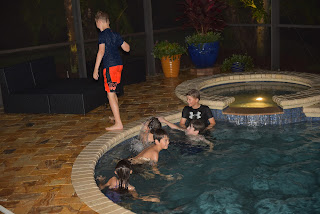 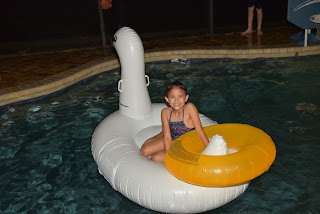 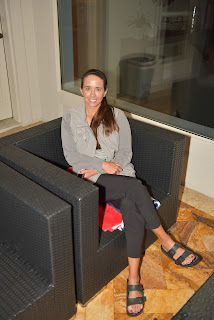 After swimming, everyone took some warm showers and then we ate desserts and sang "Happy Birthday" to Connor.

The boys stayed up late playing Fortnite. We had them shut down the electronics at 10pm and were hoping they'd be asleep by midnight. I went up a few times to tell them to turn off tablets and phones, and one last time after midnight I told them to go to bed. Apparently they were trying to stay up until 6am and each boy had a shift they worked to keep everyone awake. Quinn's shift at 2am didn't work out and he couldn't get Connor or Robert awake and finally around that time they all fell asleep. 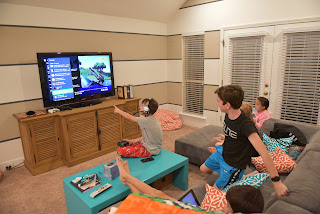 This morning they ate some donuts and cinnamon rolls and we said farewell to his buddies. It was the perfect party for a cool rainy day, and we're glad his buddies came over to hang out and celebrate with Connor.
Posted by Shawn Vernon at 10:54 AM