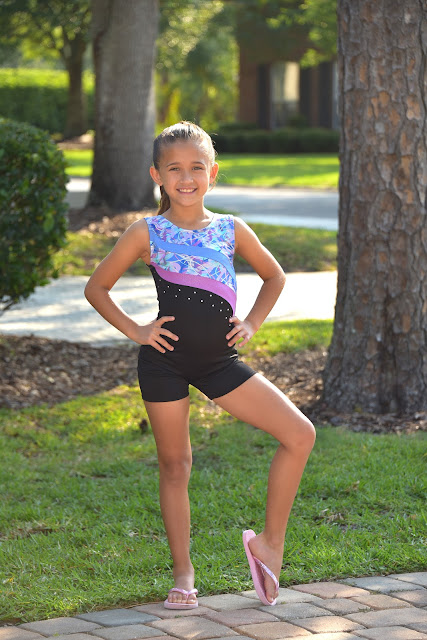 Paige has been keeping up on her gymnastics all year and has been going for two hours every Wednesday for quite some time. Her gym put on a Spring Fling and we signed Paige up to participate. It was a time for the kids to show some of the different skills they've been working on, and a time for the parents and families to get a good view of the action. Typically, during the week, you can barely see anything in the gym through the window in the waiting room, so it was nice to be up close and see everything.

Paige was actually super nervous about the whole thing. The night before, she got a little emotional about it and said she didn't want to do it. On Saturday morning, we talked to her about why she was nervous and she was feeling much better.

After we arrived, we got some seats and the girls started with a warm-up and stretching, and then all the kids broke up in to small groups and rotated through five stations. 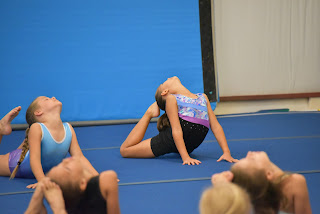 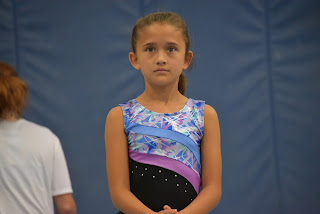 Paige's group did the balance beam, the floor, the tumble track, the vault and ended on the bars. 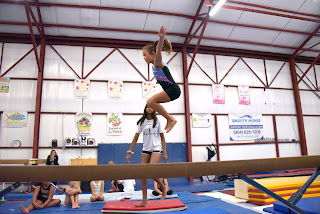 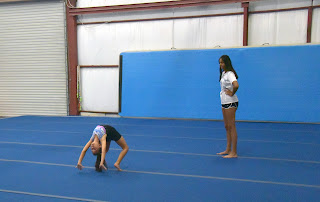 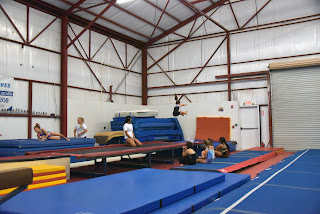 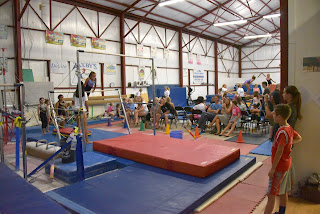 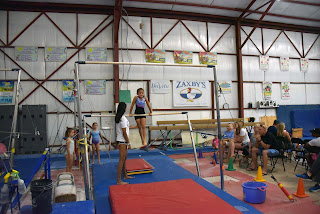 The kids weren't competing against each other, they were working to get a blue ribbon for each category. Paige got all blue ribbons! 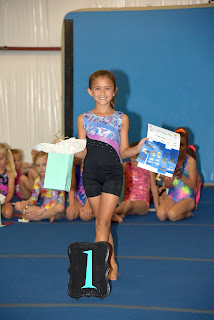 Connor snapped a pic of us with Paige and we got a pic of Paige with her coach and Connor too. 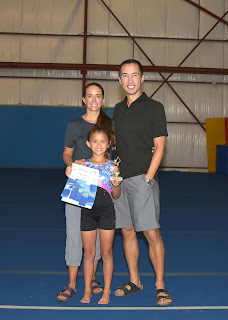 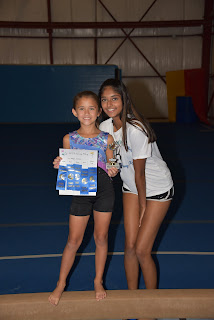 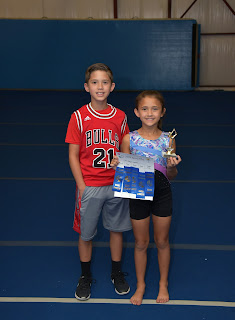 Connor was super cute about Paige and the entire event. I kind of wondered if he would even pay attention much, but he was very present and interested. Before Paige's first event he told us he wanted to go to the bathroom and hide because he was so nervous for Paige he could barely watch. Afterwards, we went to Barbara Jeans for lunch and Connor was talking to Paige about the different girls in her group and he remembered almost all of their names and was talking in detail about how each one did at each station. Paige is lucky to have such a sweet and supportive brother. 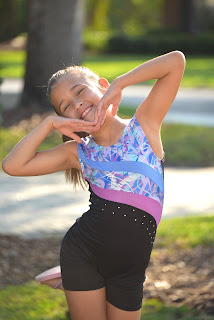 We are so proud of you Paige! Keep up the great work!
Posted by Shawn Vernon at 2:52 PM