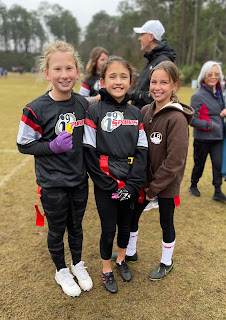 Paige had her third flag football game on Saturday. It was a cold morning and it was in the low 40's during the game. Grandma and Grandpa came to eat lunch with us beforehand and to watch Paige. The girls played another all boy team and scored a couple of touchdowns. Paige had a few good rushes but didn't get in the end zone this week. She did, however throw a passing touchdown on a sneaky fake run. 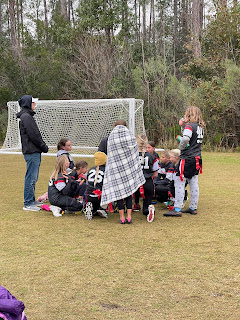 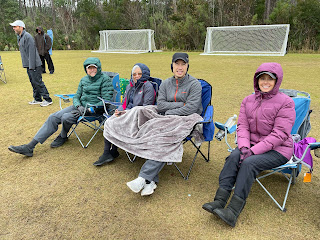 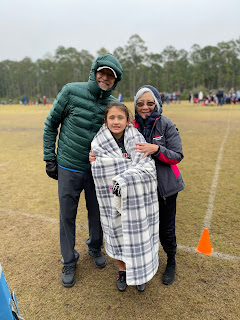