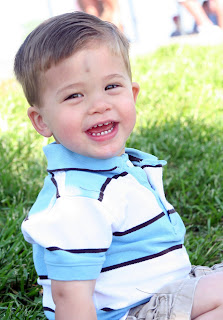 Friday night we went to Brandon's graduation party (Congrats Brandon!). They had good food and fun games. Connor enjoyed himself, but almost caused Mommy to melt down when he fell off the deck into the mud only minutes after we arrived. His new outfit was a mess! Connor and Payton got along well, it's crazy to think that she's almost exactly a year younger than him and she's almost as tall as he is. She's in the 90's percentile for height and last we checked I think Connor was in the 30's. 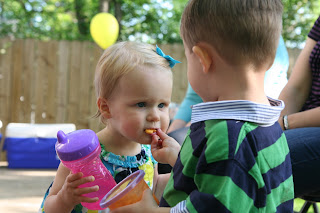 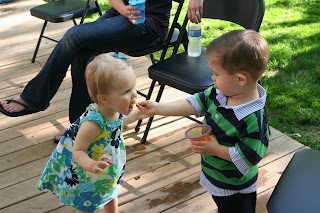 Yesterday we went to see Drew's first game of the season and he did great. He hit a ball in the pictures below and ended up scoring a run. Great work bud! 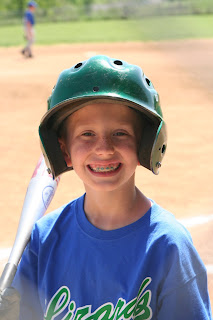 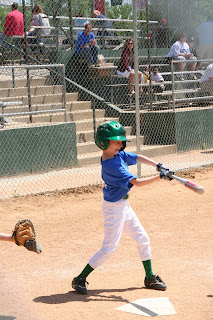 Connor liked watching the game and playing with Drew's friend Chance. We sat in the shade and played in the grass during the game: 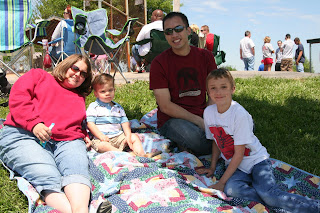 Afterwards we went over to Aunt Amanda's house to eat and celebrate Drew's birthday and Mother's day. Grandma Genie and her girls: 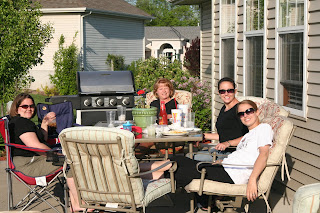 Drew got some Heelys for his birthday from the Vernons and Gobles. Amanda, Allison and Andrew all tried them and they were harder than they looked. We all went up and down the sidewalk running and racing. 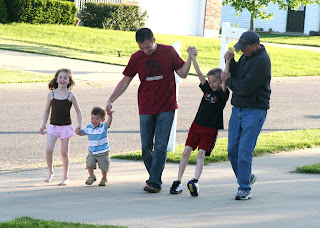 Connor got flowers for his Mommy for Mother's day and he made her a neat laminated poem with his handprints at school on Friday. Connor decided to put his hands down his pants in the picture below, but it was cute despite that and it's getting posted. 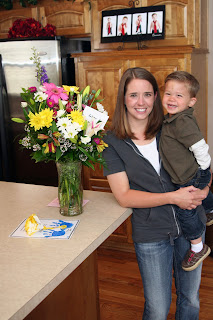 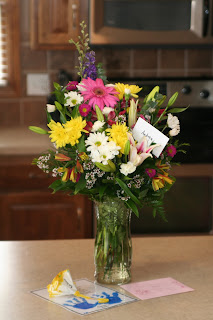 Happy Mothers day to all the Moms out there!
Posted by Shawn Vernon at 10:05 AM