On Saturday night, we went to Latitude 30 with the Prescotts. We expected it'd be busy on a Saturday night, so we got there pretty early at 5. Unfortunately there was still an hour and a half wait, so we goofed off in the arcade for a while and ate dinner. 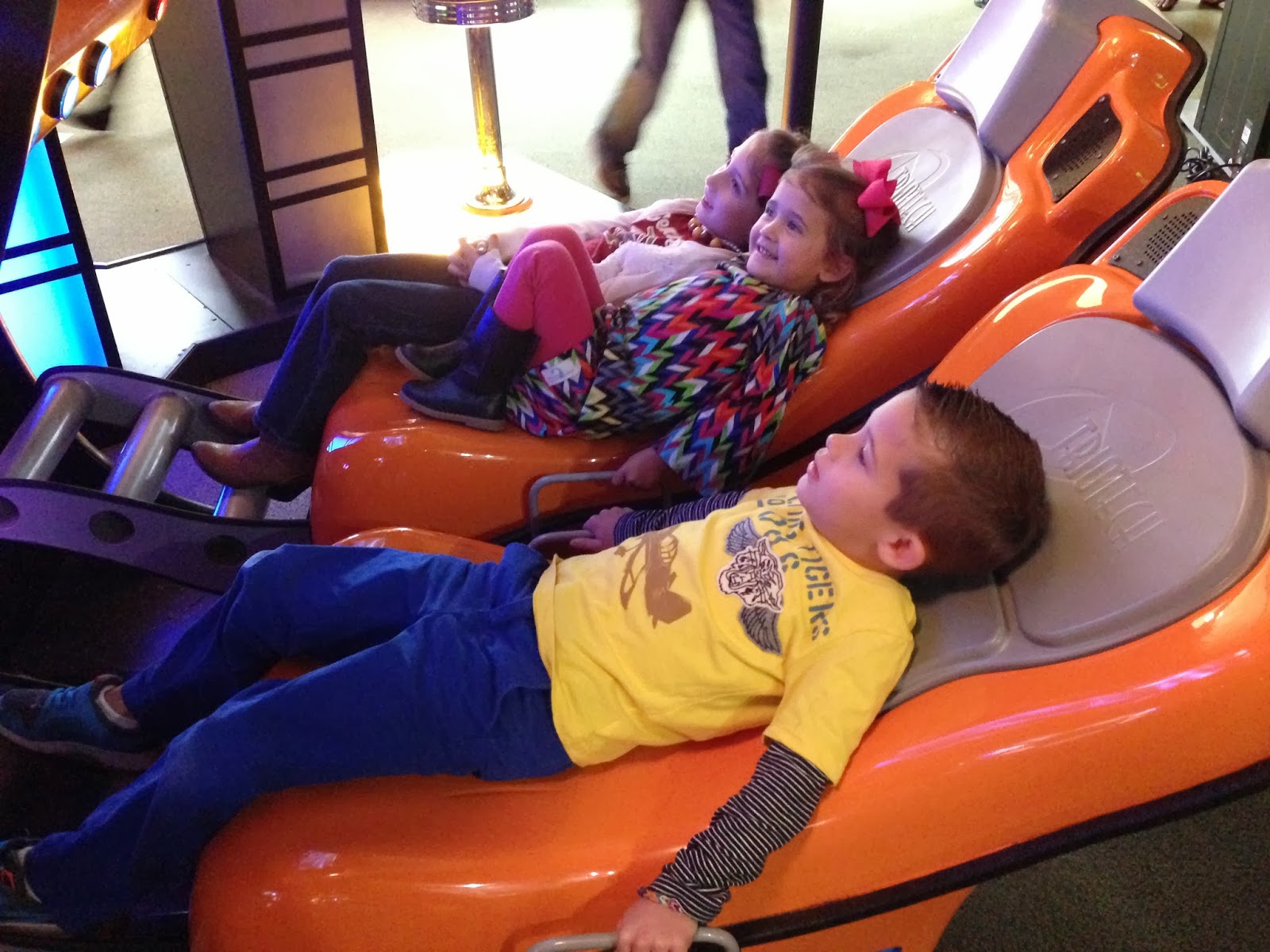 The kids love a ride that shakes and moves along with the video. They rode a rollercoaster, a mine train, a fast car and a pinball machine. 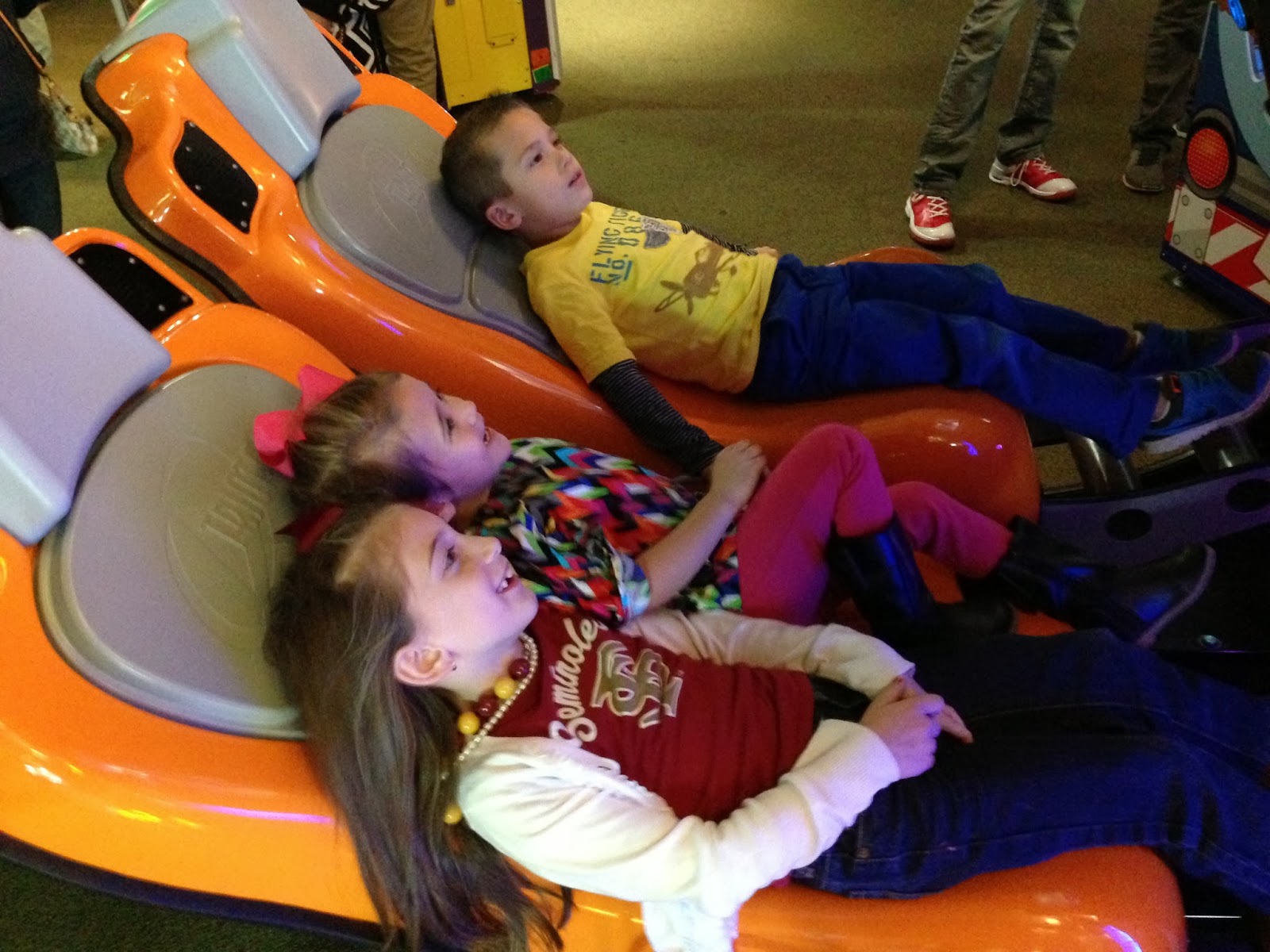 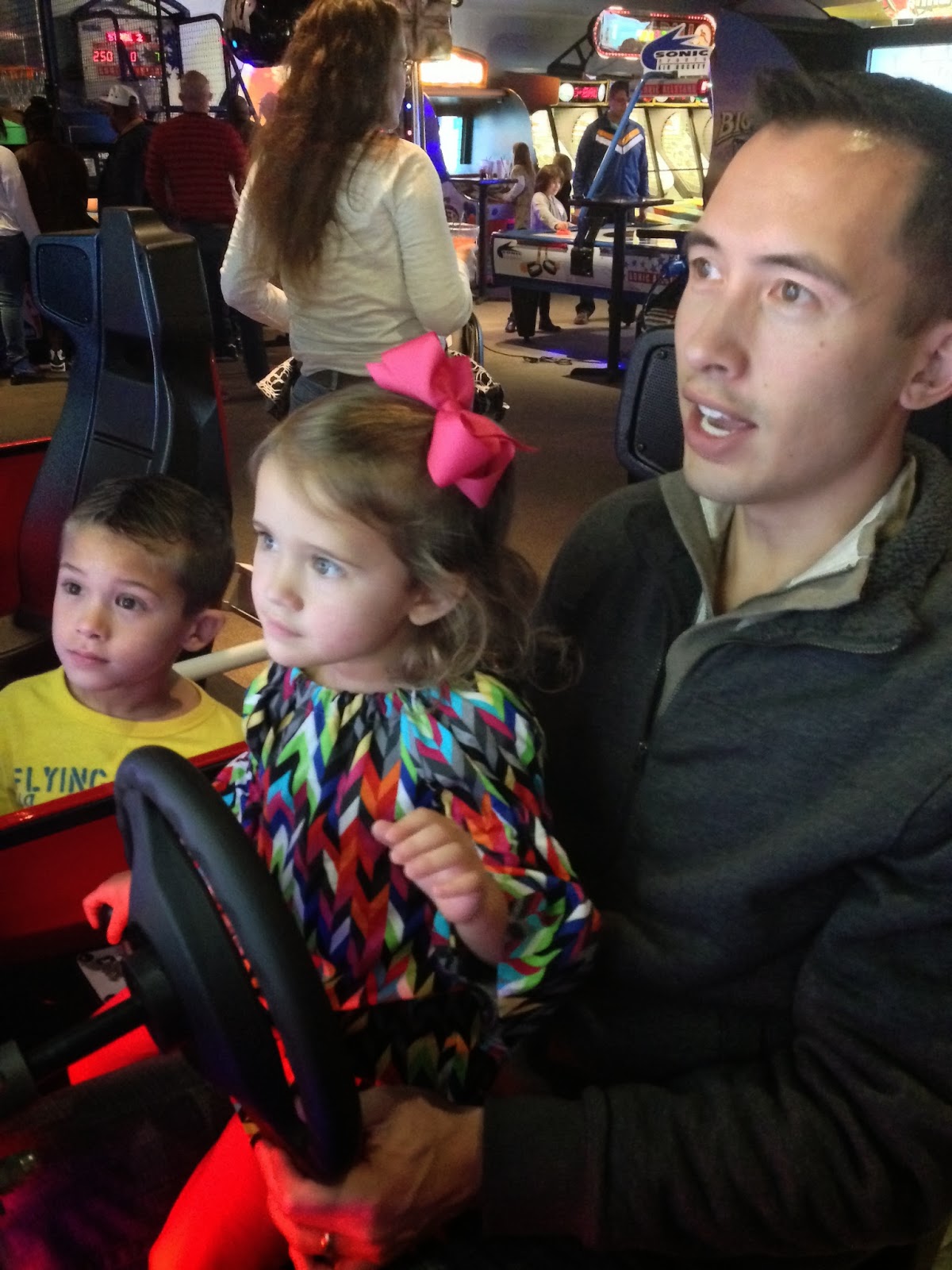 After dinner we did some bowling while we watched the Chiefs lose their playoff game. It was our first time bowling with the kids, so we weren't sure how it would go. Connor started off straddling the ball and pushing it with two hands, but by the end of the night he was slinging the 6 pound ball down the lane pretty fast. 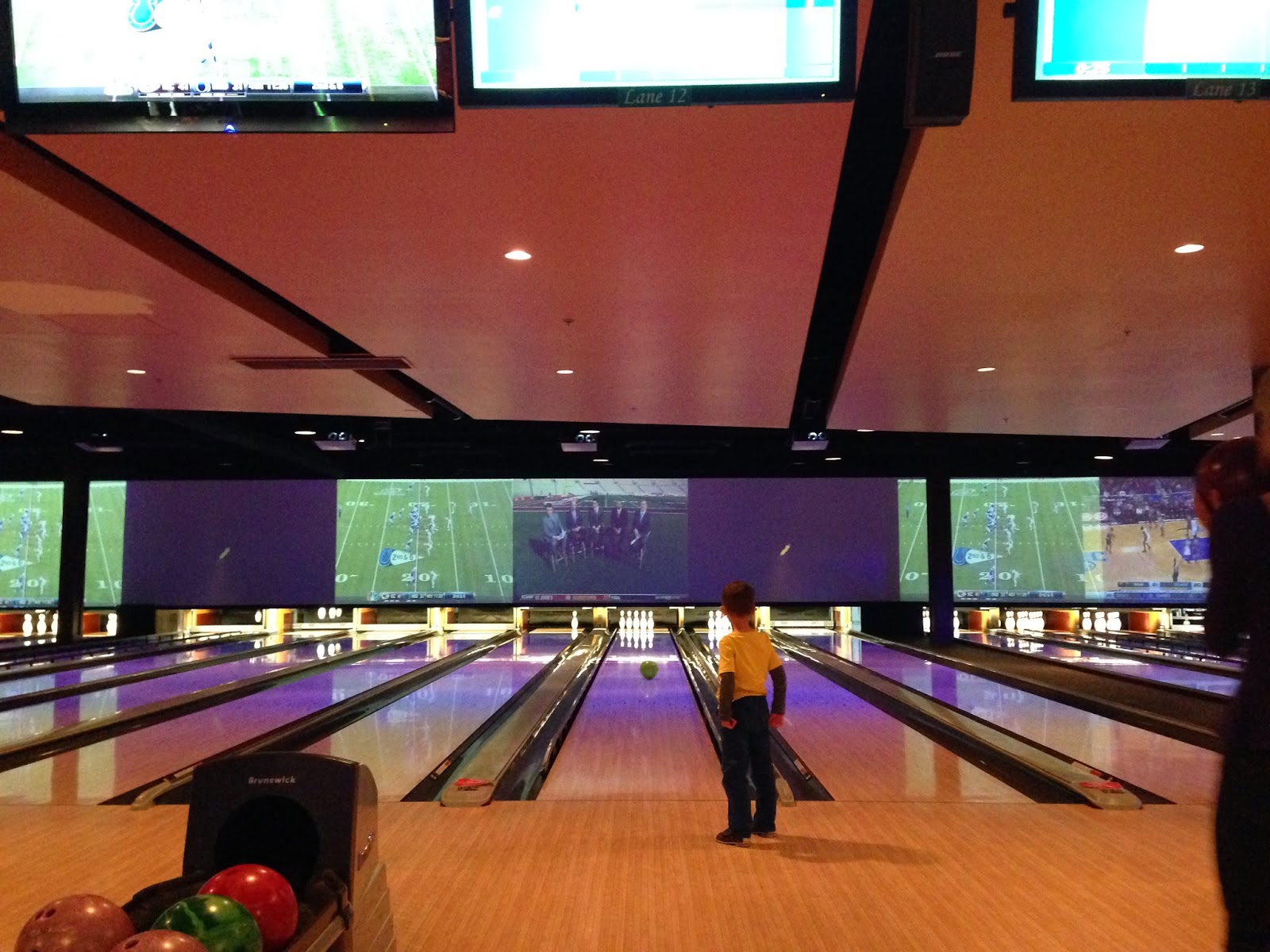 He managed one spare and I just happened to catch it on video. 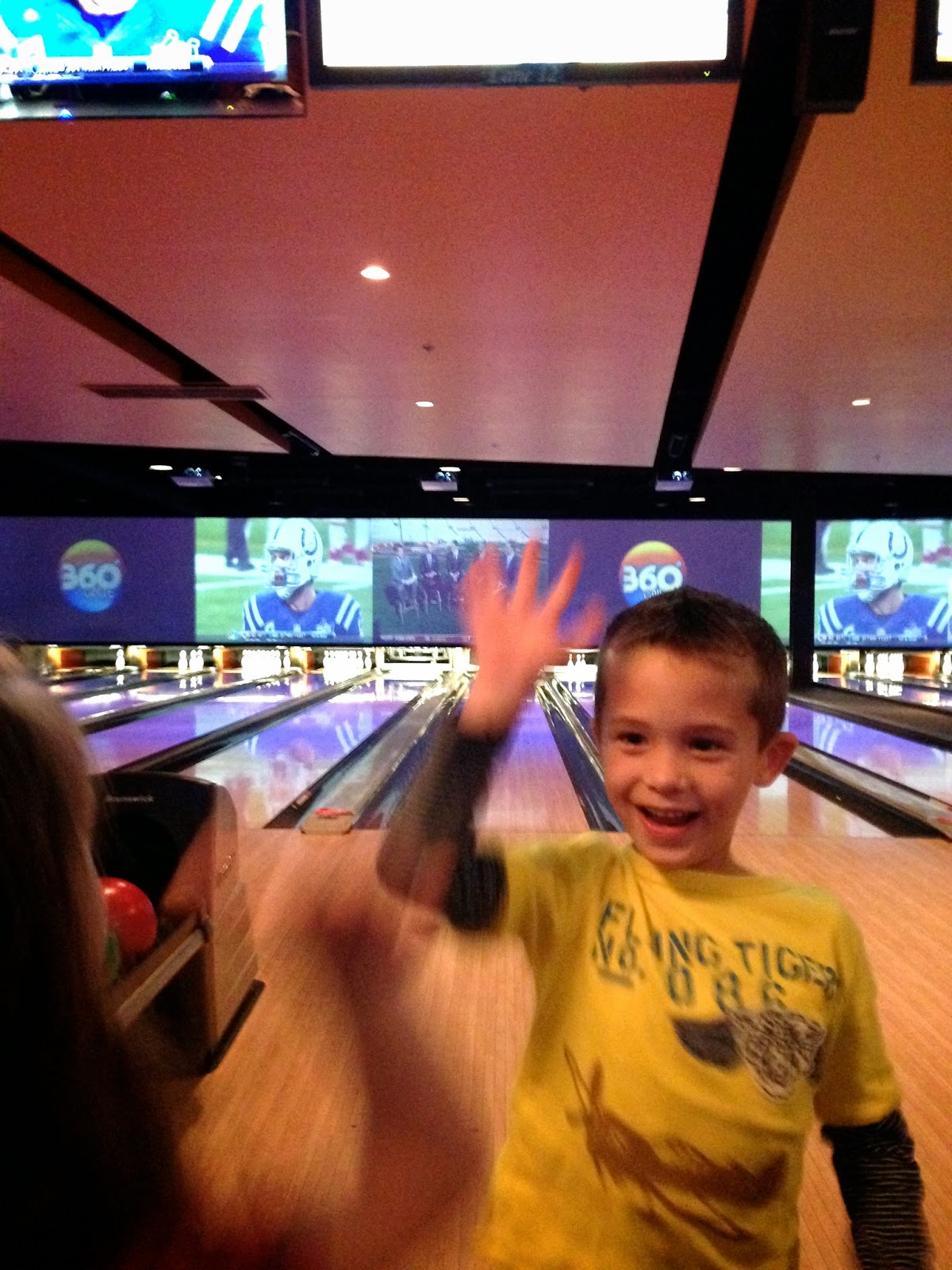 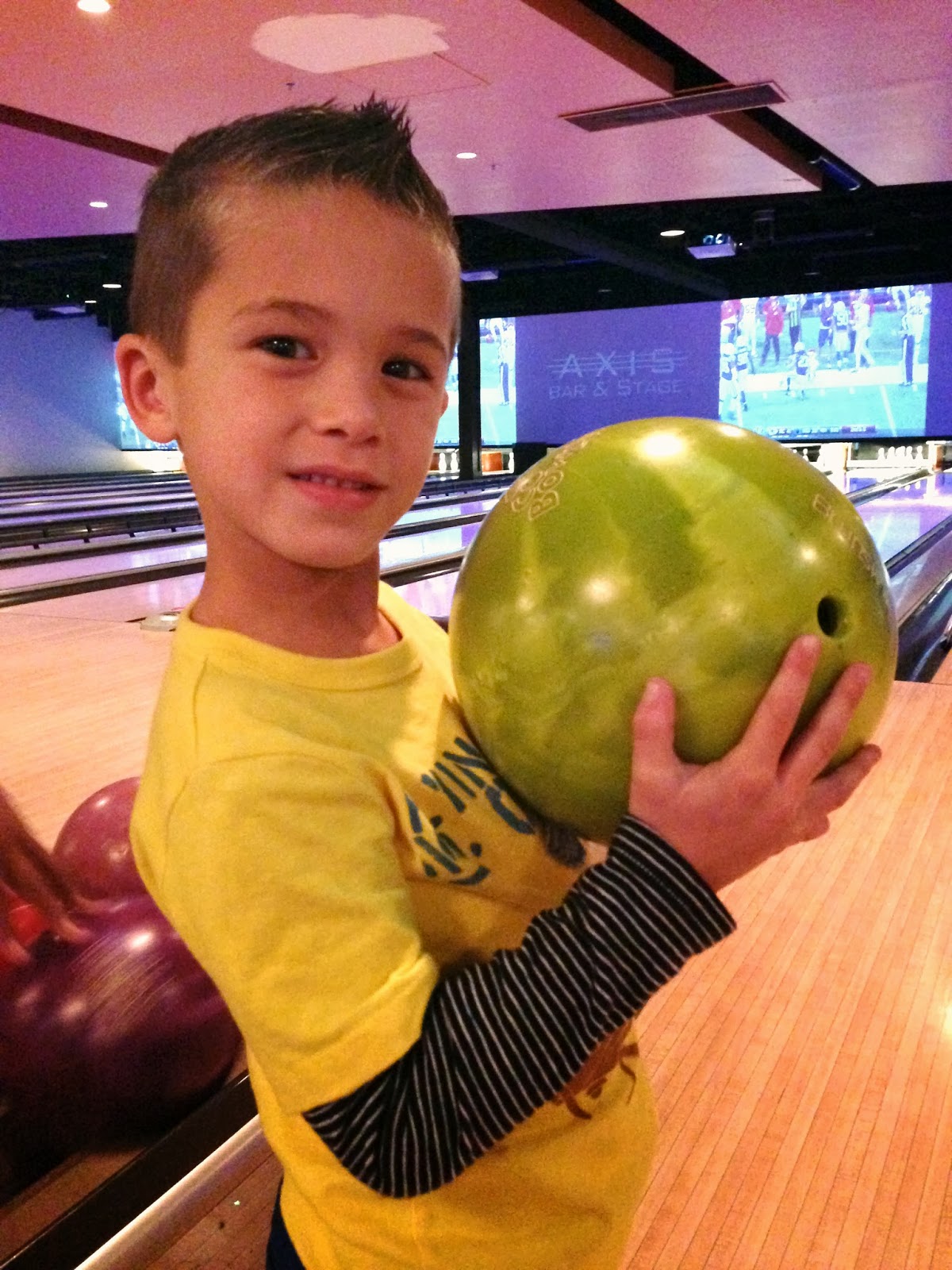 Paige was certain that she could do it all by herself. She carried the ball down and would push it by herself and would get very irritated with me whenever we'd so much as step foot near her. Most times she did pretty well, but one throw was more sideways than anything and we got worried it'd get stuck. Andrea went out on the slippery lane to catch it and thankfully didn't slip and fall. 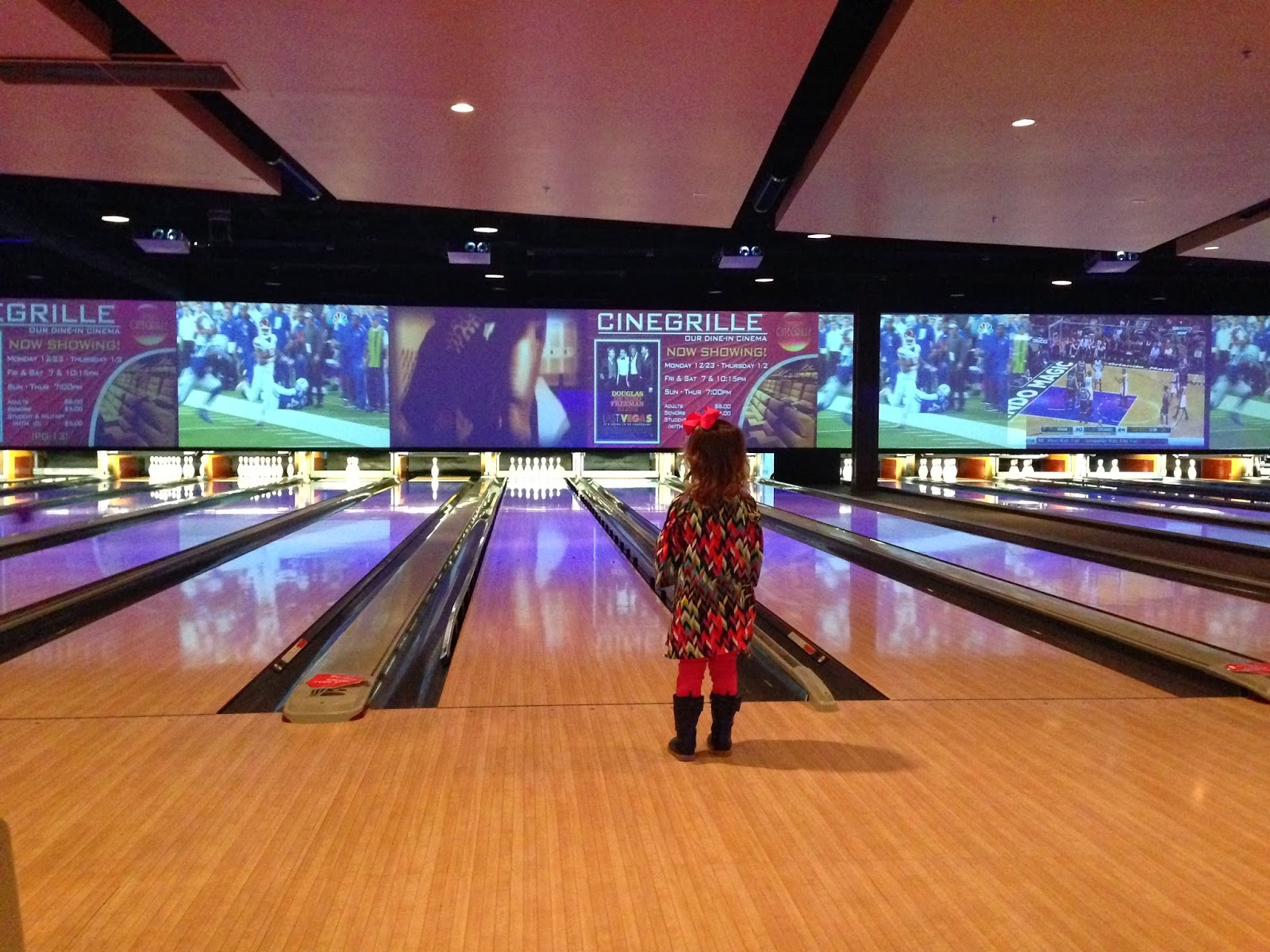 Paige was typically very proud of herself any time the ball made it all the way down the lane. If it knocked any pins down it was just a bonus.

Paige warmed up to Mr. Chris quite a bit throughout the night. 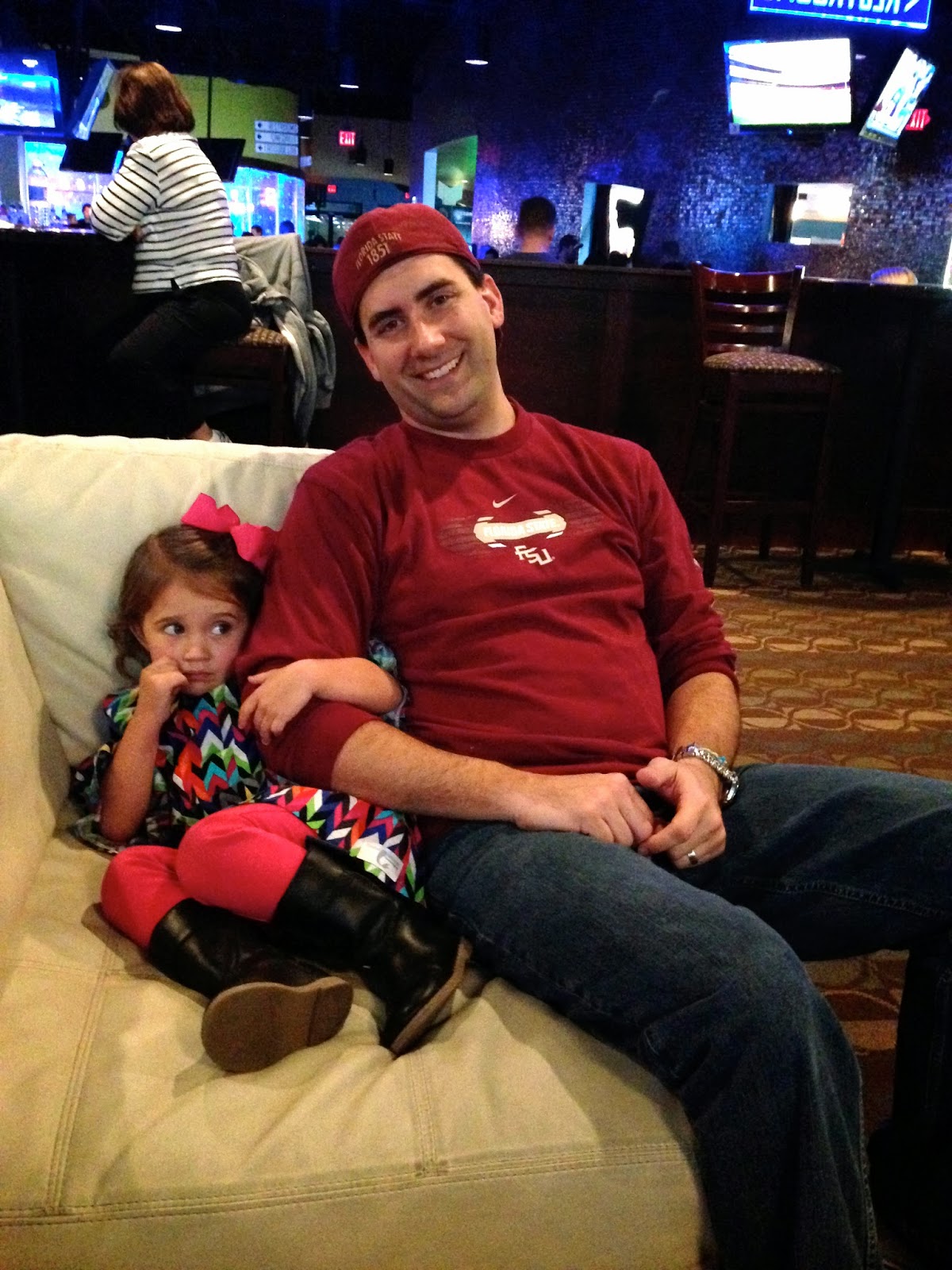 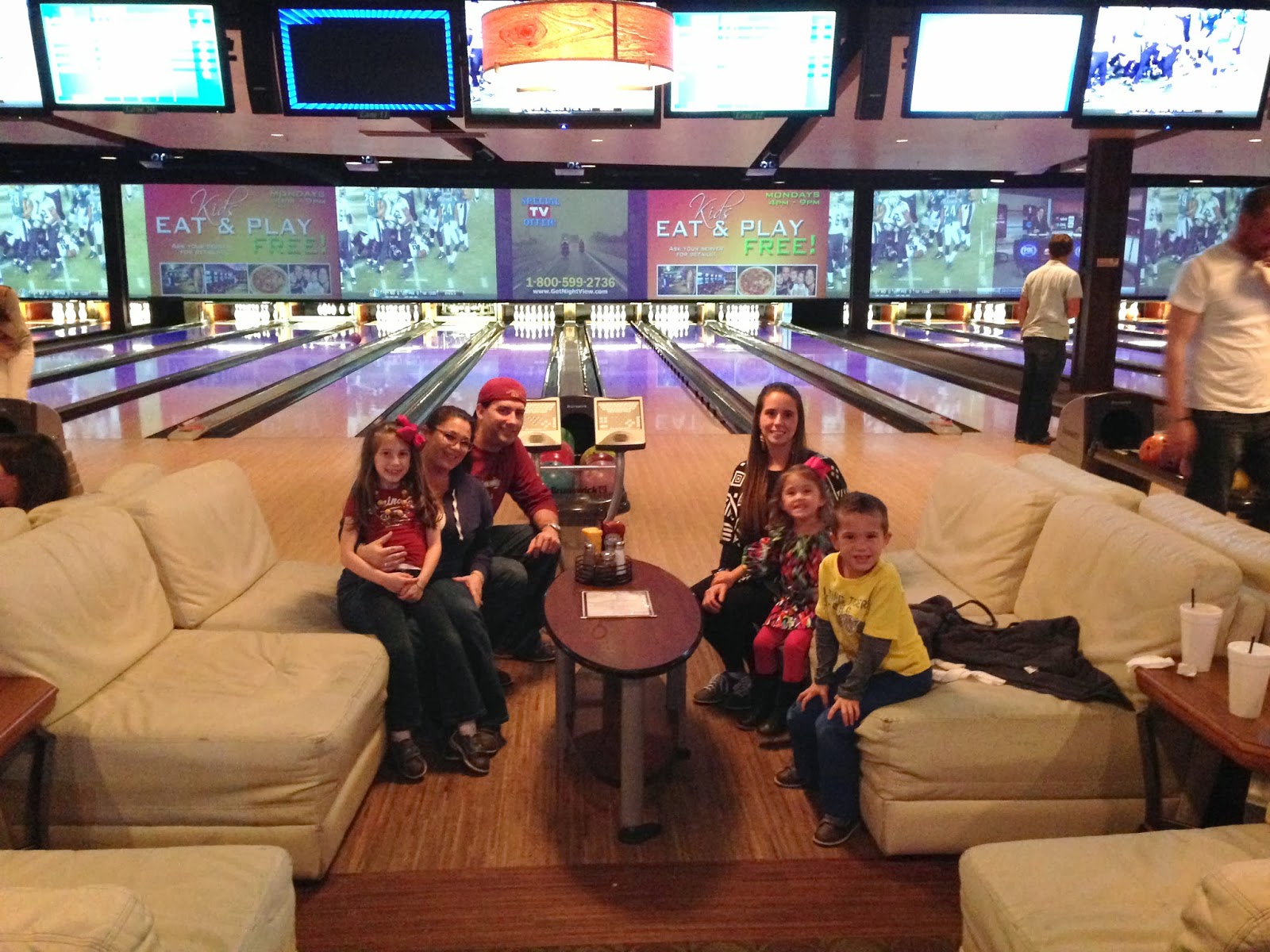 It was fun to bowl with Kenlyn since she's quite the cheerleader. It always added to the excitement. You can hear her in the videos and she would always cheer regardless of the outcome. 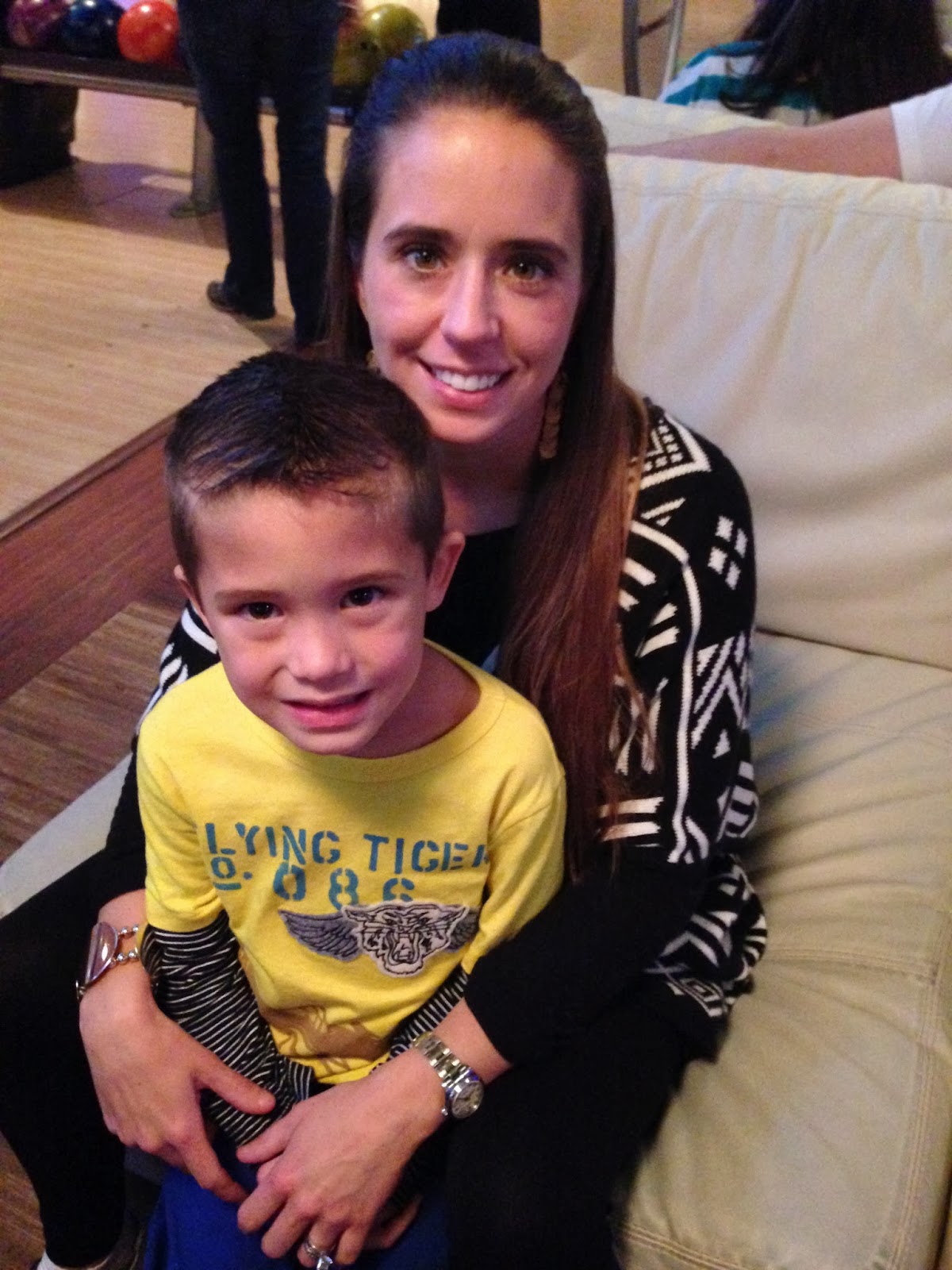 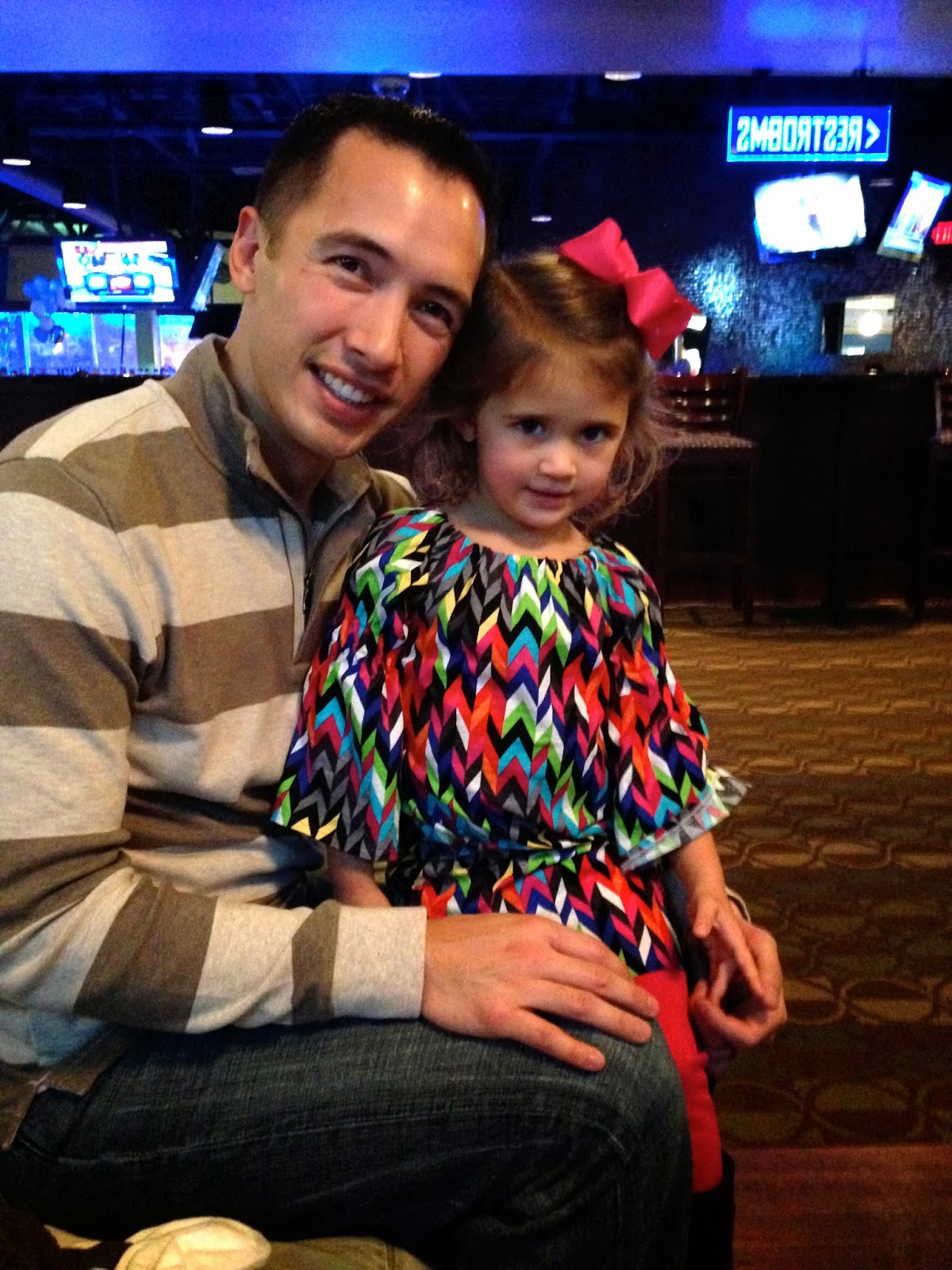