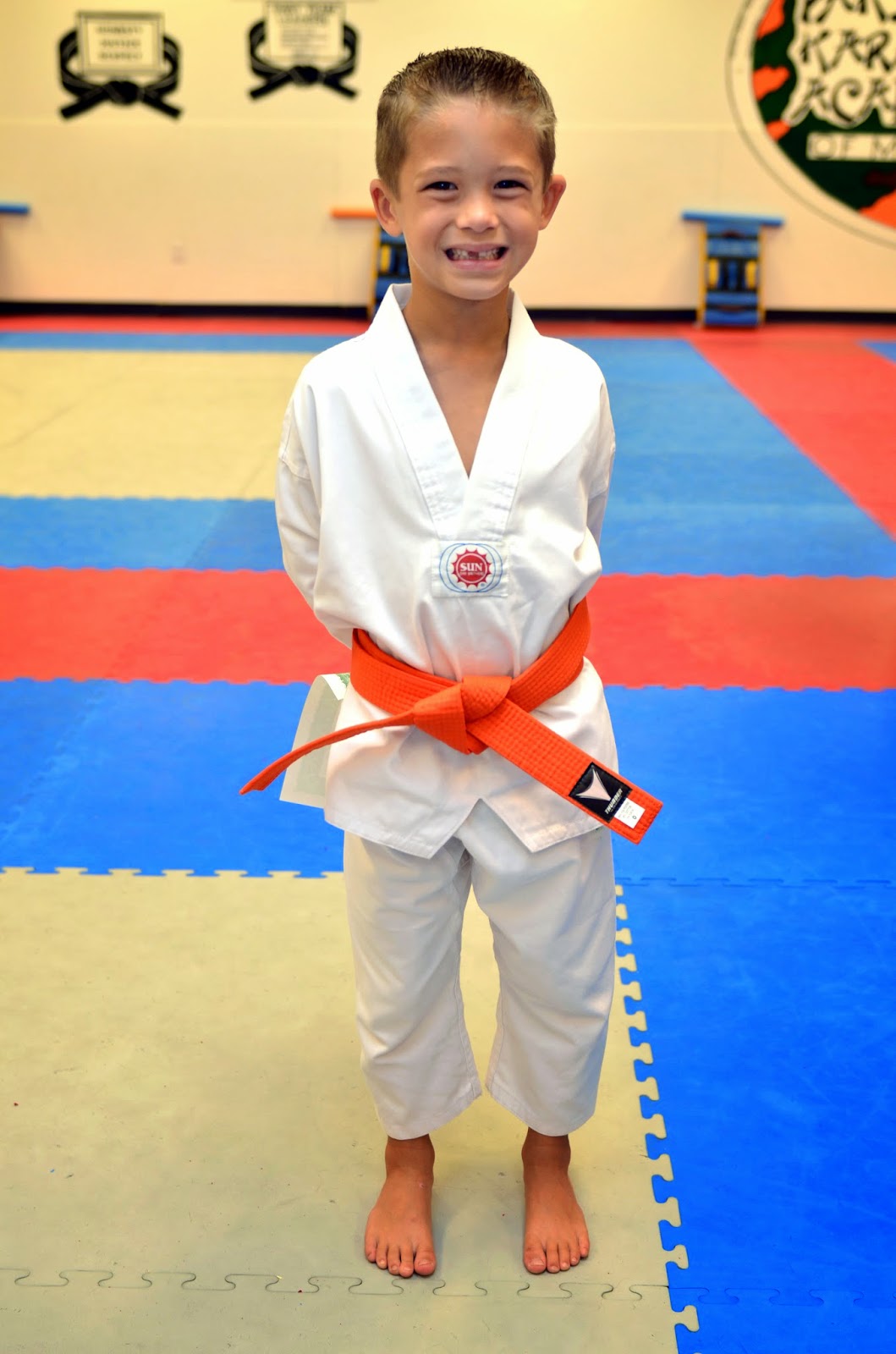 The school year's wrapped up, and his after school karate has too. For the end of the year, they had another testing session and we took Connor on Saturday for his third test. We weren't quite as prepared this time around for the test. Previously, I'd gone over his techniques with him beforehand and I wasn't even sure whether he would be breaking a board for the test and if he was, which kick he'd use. 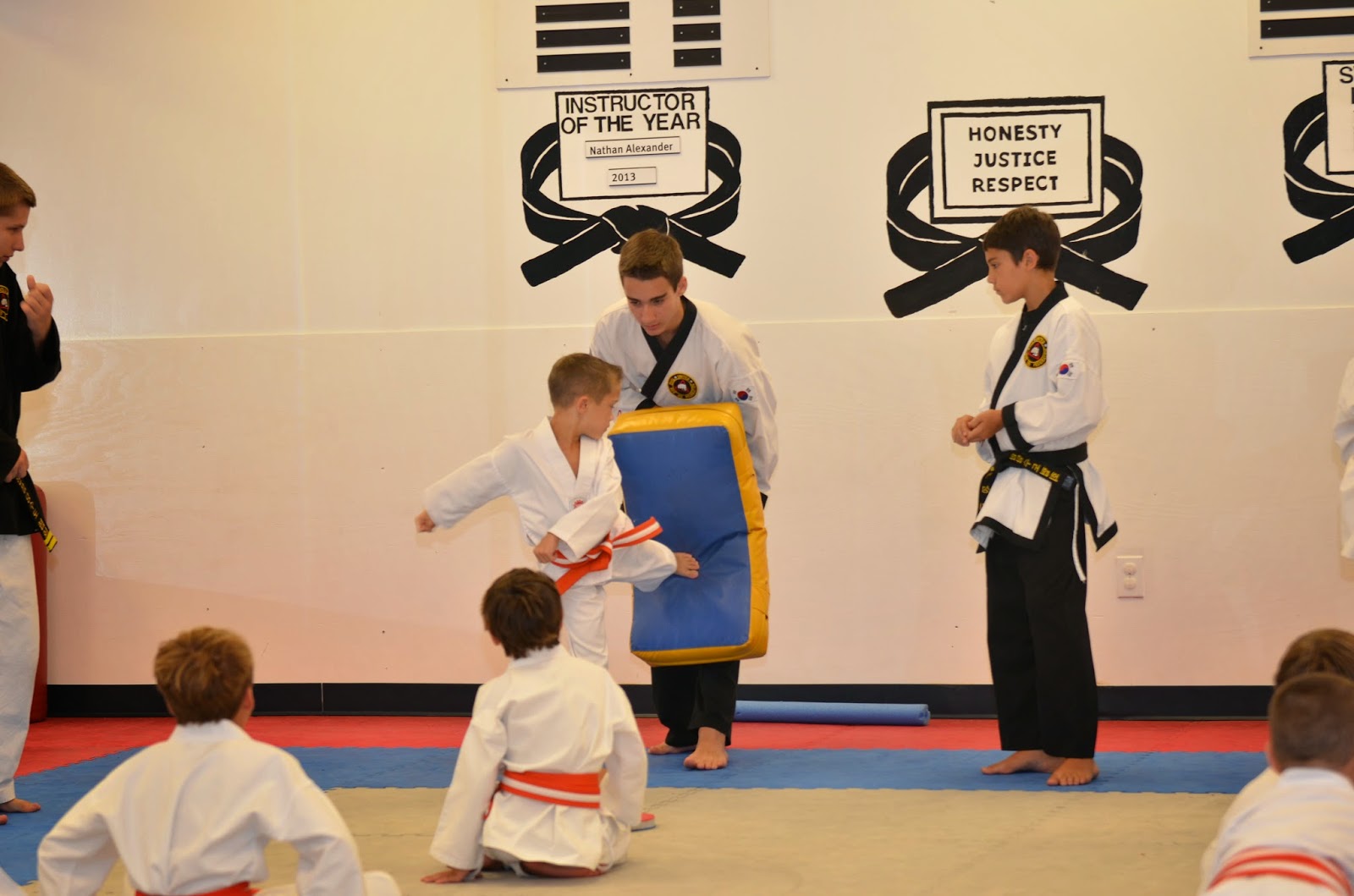 Connor went through all the drills for the test and did a good job paying attention and doing the correct moves.

When it was time to break the board, he was the first child to go in his group and he would be doing a side kick using his back leg (in the past he'd done it using his leading leg).

He took a few practice kicks on the instructor's hand and then I took a video of him breaking the board. 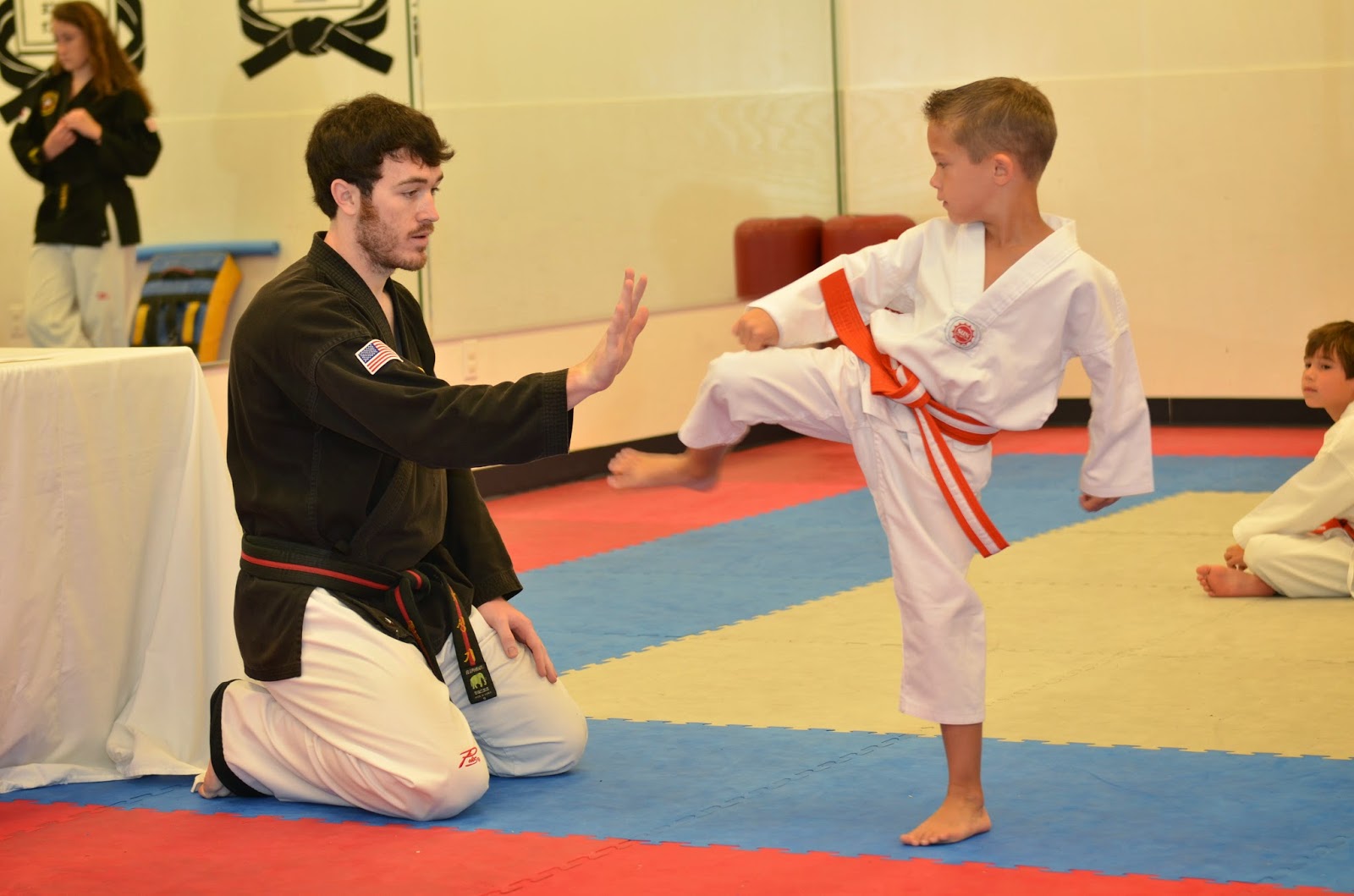 He didn't get it on the first try this time around, but he got it on the second and passed the test easily. 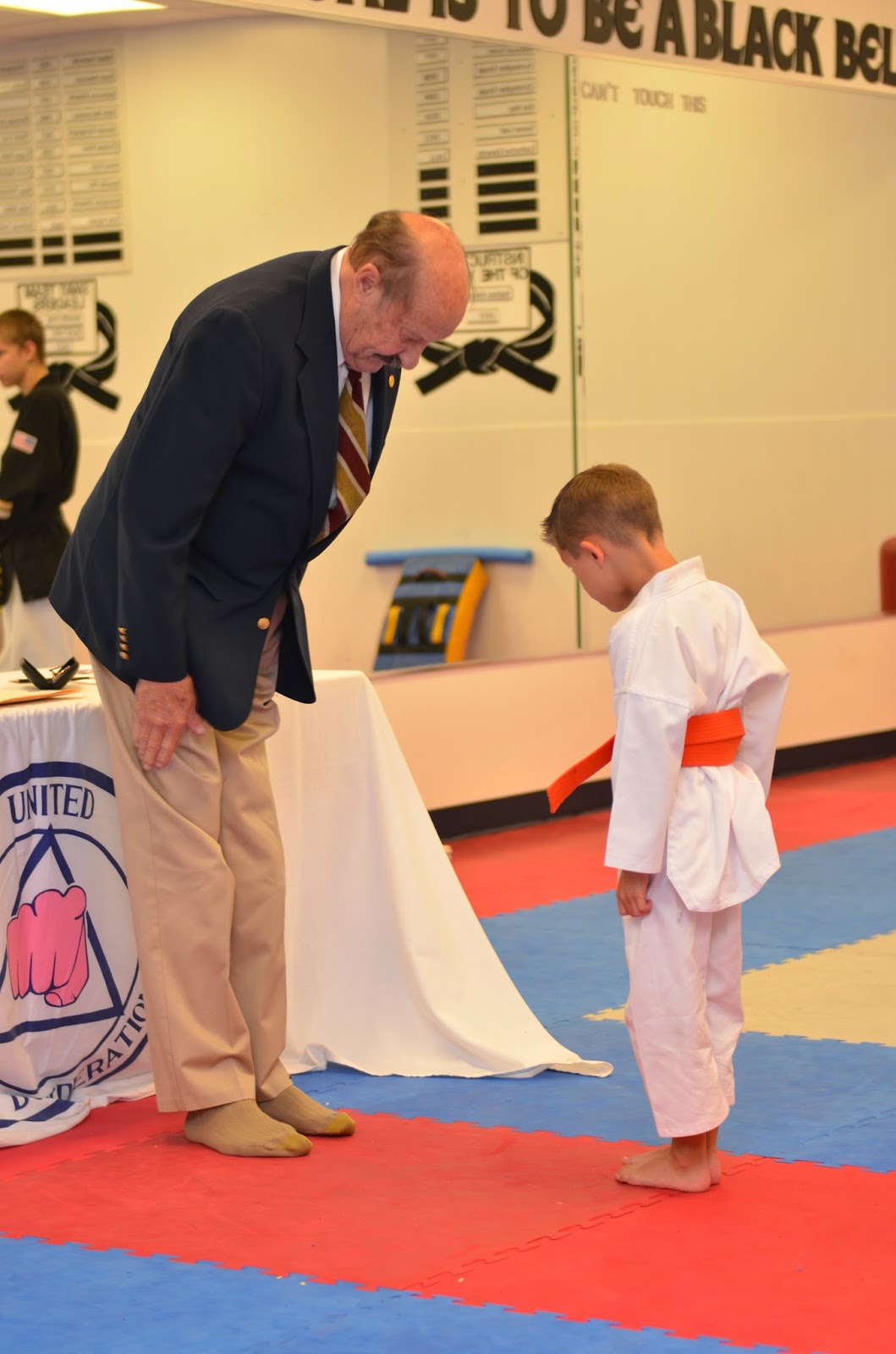