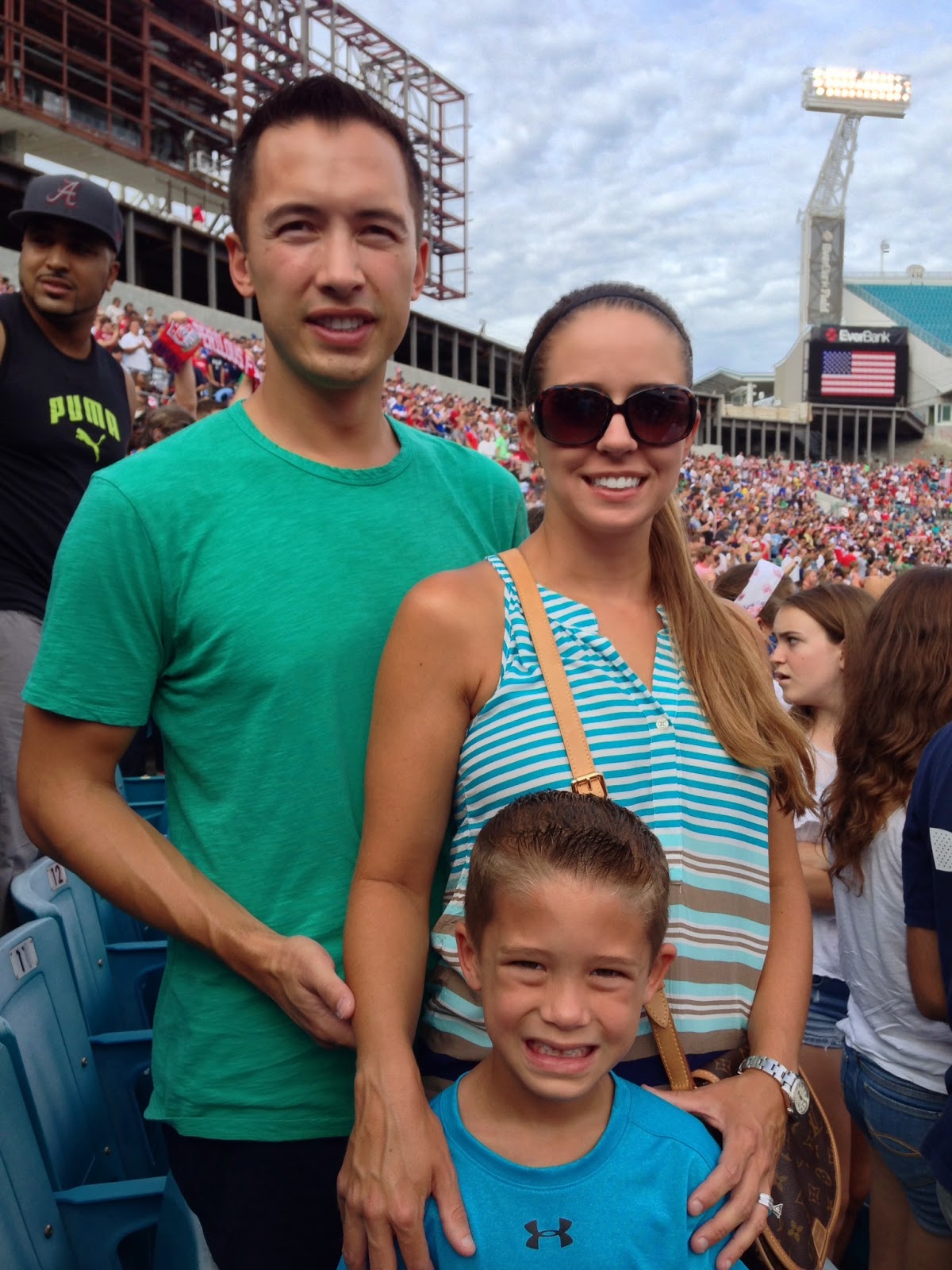 On Saturday, we went to the USA vs Nigeria soccer game at Everbank field with our friends Clay, Gail, Cole and Reid. Connor hadn't been very interested in going to the game beforehand. He's been in to football for a while and didn't really seem to care about wanting to watch a soccer game. I think he was interested in seeing where the Jaguars play, but that was about it. I picked out a red and white striped shirt beforehand, thinking it looked a little patriotic, but decided maybe it would be too dorky. Instead, I stupidly put on a green shirt which happened to be the team Nigeria colors. The red and white striped shirt would have been perfect, and I was probably one of the few people in the stadium that wore green.

We drove to the stadium and hit some major traffic downtown. Google maps took us way around the stadium to come in the back entrance, which probably helped, however it still took us forever to get there and park. We were a little surprised at how "urban" the area was. In KC, both the baseball and football stadiums have tons of parking lots around them and are right off the highway. The Everbank field has a little bit of parking nearby, but most people were routed in to random unpaved lots. We parked 4 blocks from the stadium underneath a bridge in the grass and had to pay $10 for the privilege.

We got to our seats with a little time to spare and met up with the Longs. We had pretty good seats, fairly close to the field, and Connor enjoyed watching the game with Cole and Reid. 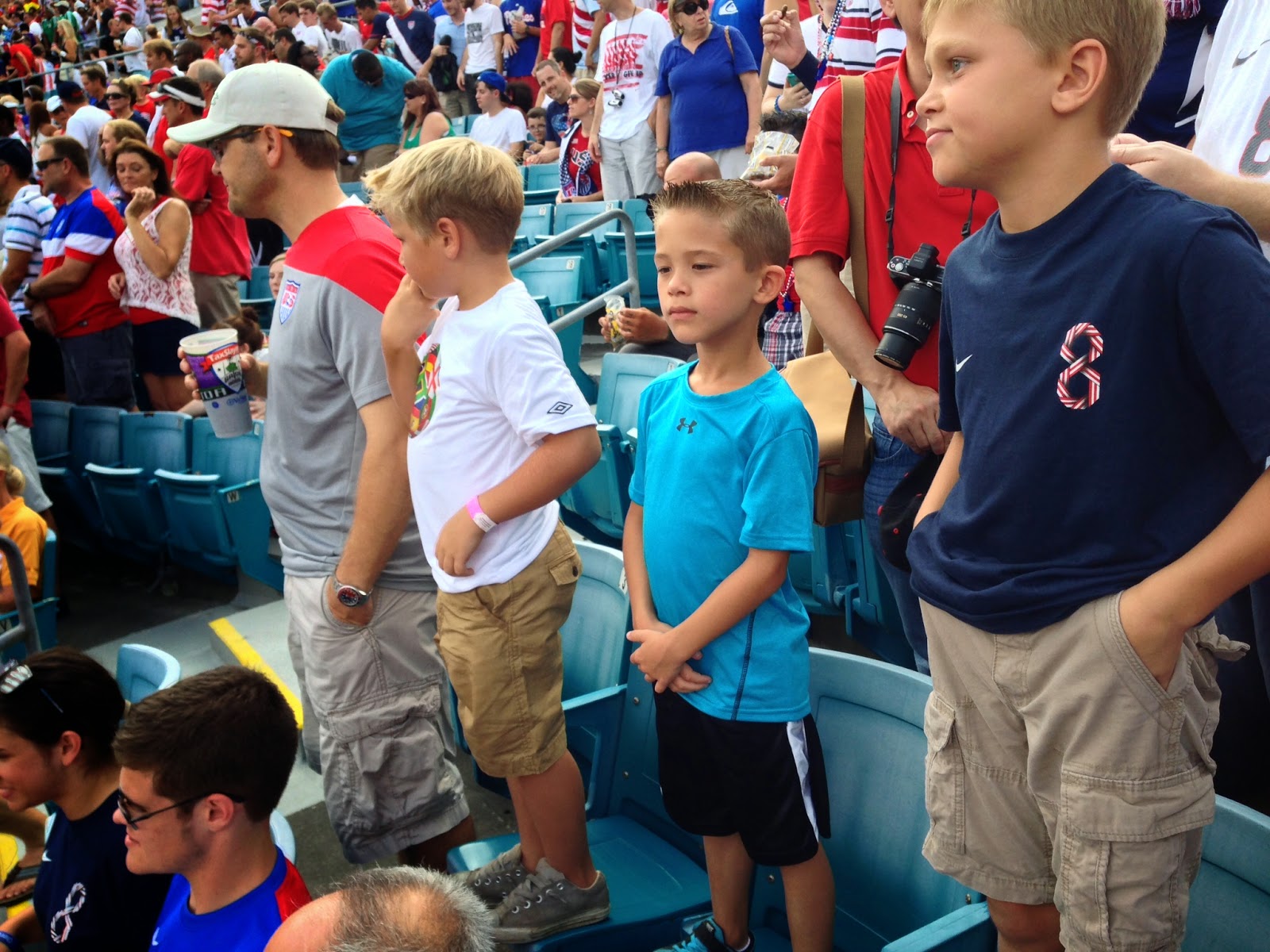 The USA team ended up winning 2-1!

Connor enjoyed a hotdog at halftime. 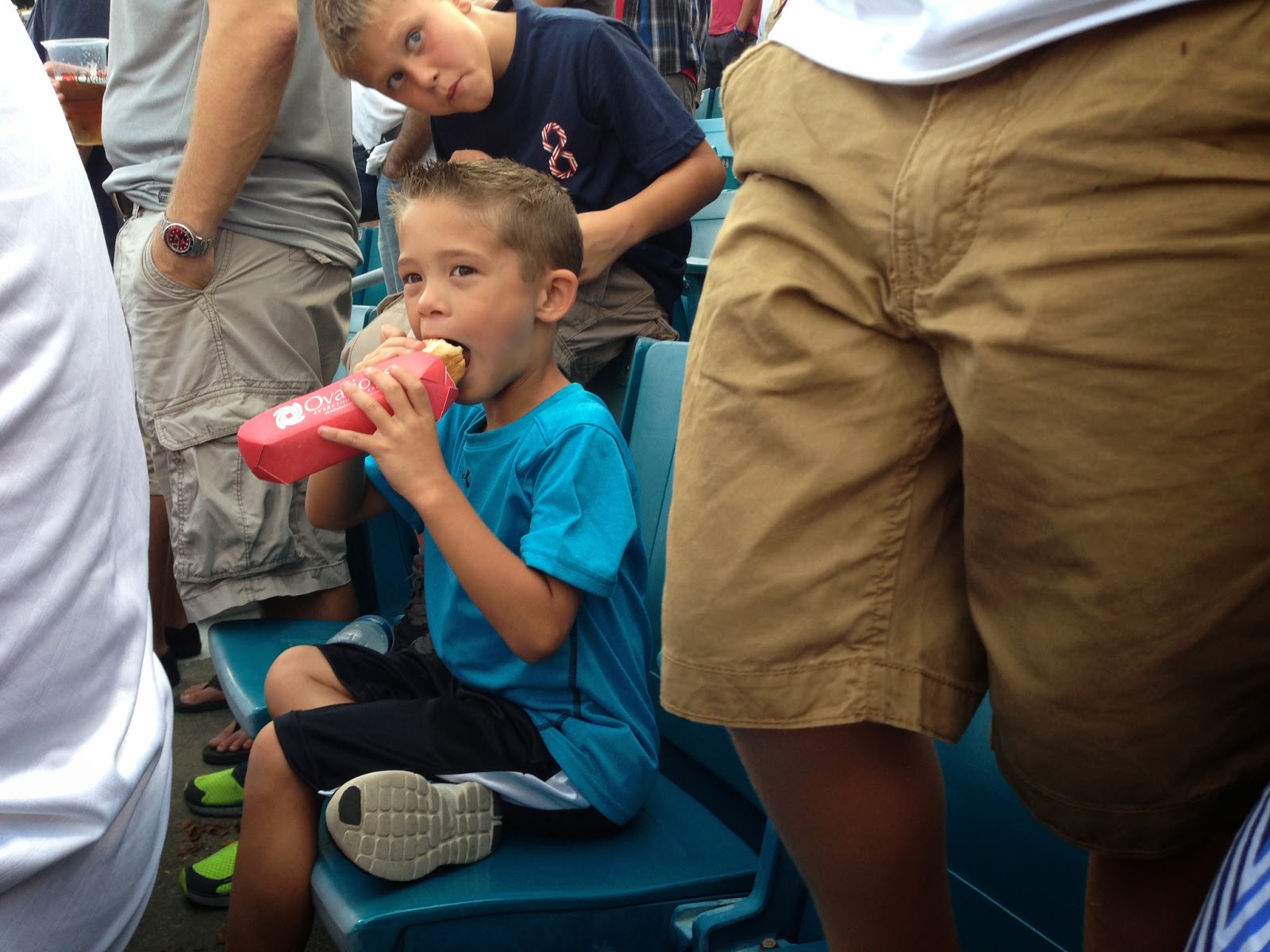 Afterwards, we drove to the Cheesecake Factory for some snacks and dessert. Connor wanted to take a picture of Andrea and me, so we let him. It came out pretty nice! 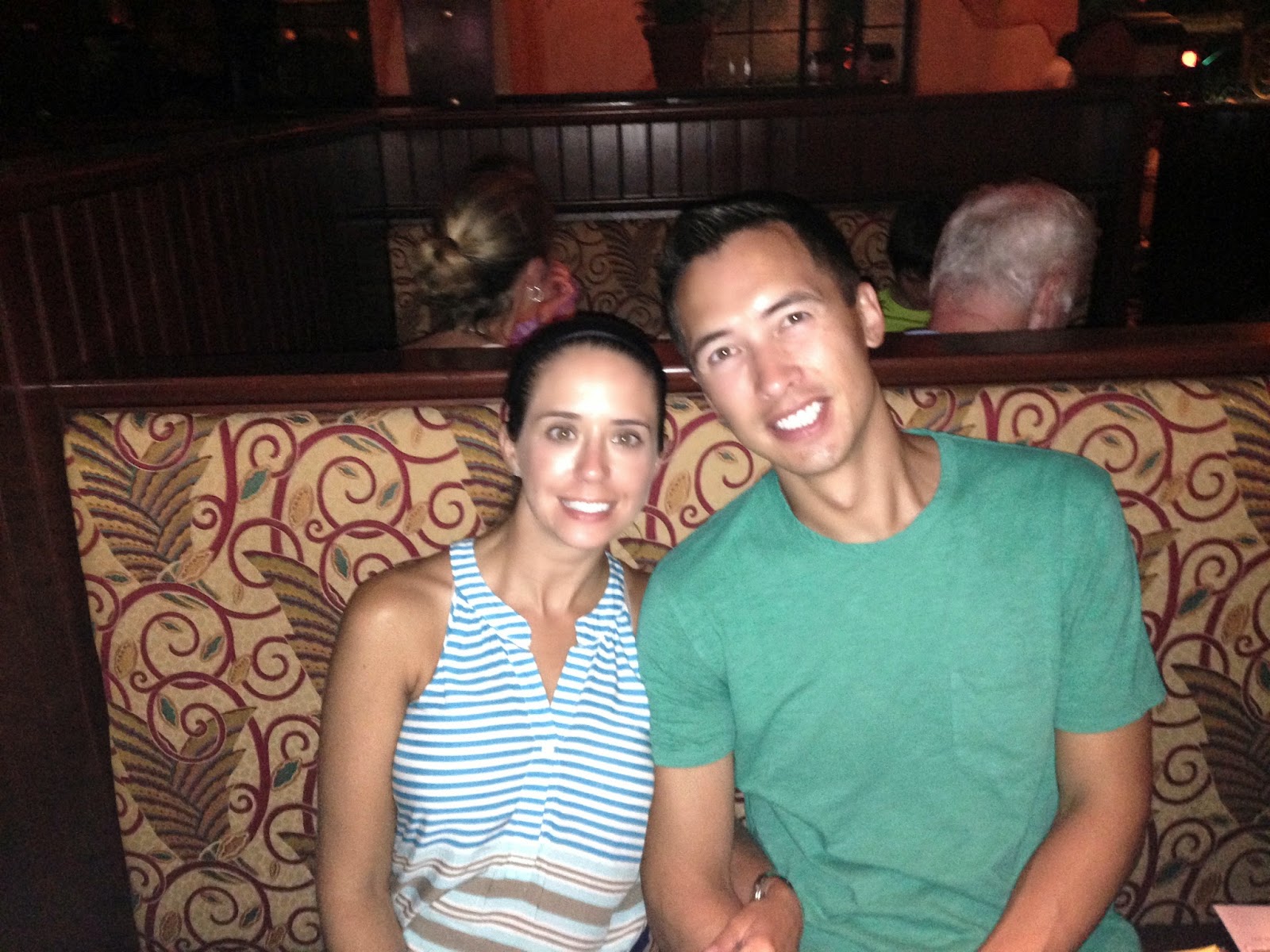 Connor was pretty exhausted when we got home, but he was very happy he got to go to the game. We're looking forwards to watching some World Cup football later this month!