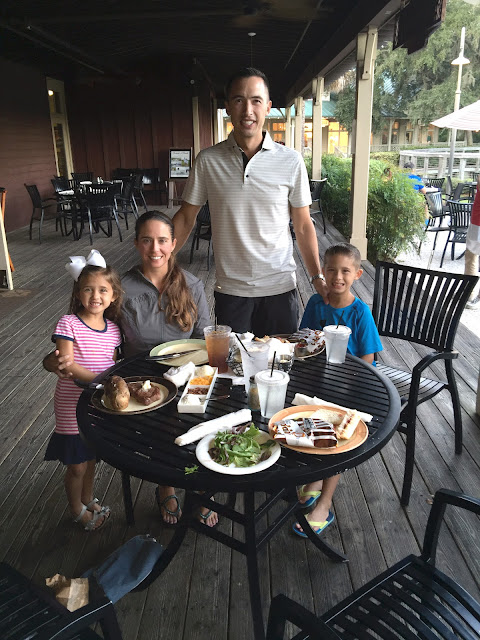 This weekend we went up to Amelia Island as a family to spend the weekend playing some tennis and having some family fun together. Andrea and I have been a few times, but it's the first time we brought the kids with us. We got up fairly early on Saturday morning and drove up and went straight to the tennis courts. The kids relaxed on a blanket while Andrea and I did a couple tennis clinics and then we had lunch.

After lunch at Marche Burette deli, we had a little time before the family tennis clinic, so we went to the nature center on property. We were expecting it to be fairly small and didn't have very high expectations. We were surprised it was actually fairly well stocked with all kinds of local creatures including snakes, turtles, fish, and a beautiful parrot named Buddy. The kids fed some of the turtles in the nearby pond. 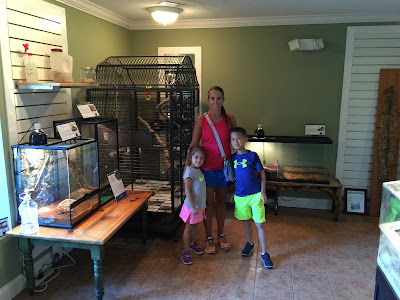 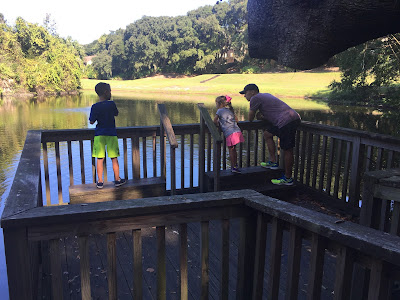 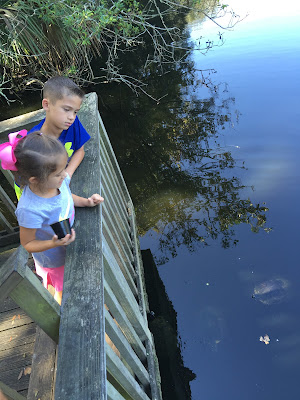 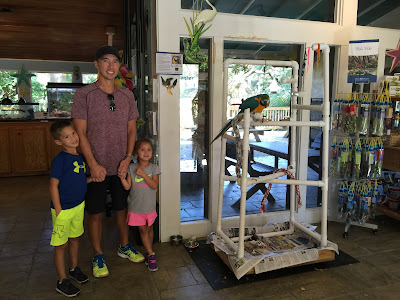 In the afternoon, we all did a family tennis clinic. It turned out we were the only family signed up, so Andrea and I did a bunch of high intensity drills on one court while Paige and Connor worked on tennis strokes on another court.

After tennis we were pretty exhausted and we went to our courtside tennis villa to relax. We washed up, then got dressed and ate at the Marche Burette restaurant again, where they were grilling delicious steaks for dinner. 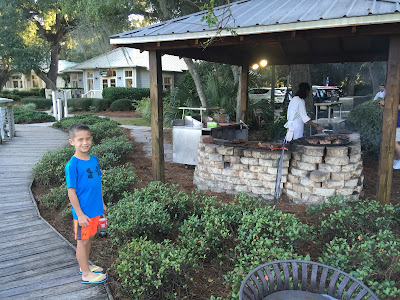 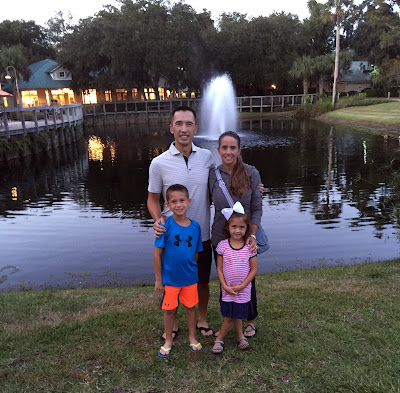 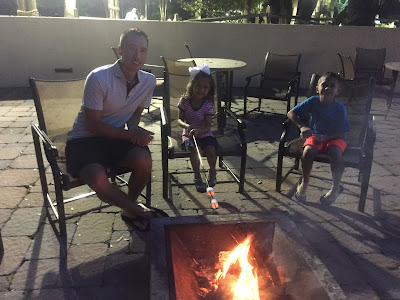 After dinner we went and made some S'mores by a firepit. 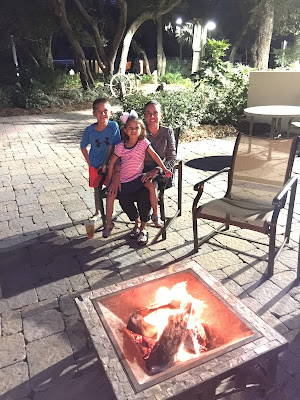 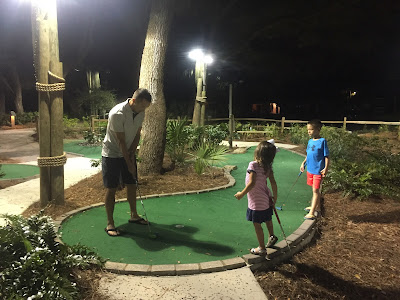 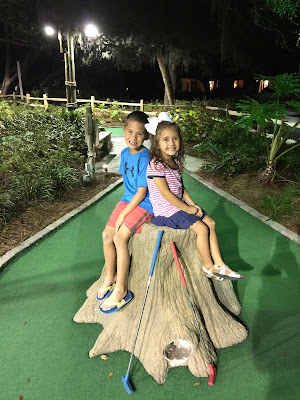 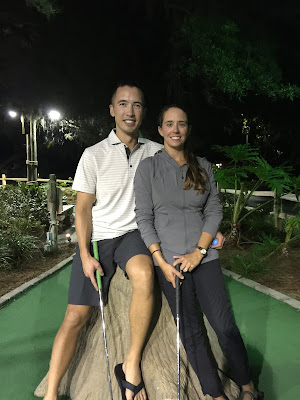 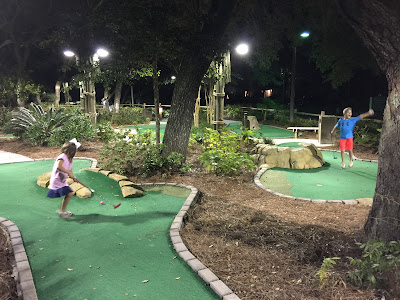 Mini-golf was a lot of fun, especially watching the kids. Connor has an expectation that he'll get a hole-in-one or maybe two at the most per hole. He gets very frustrated if he doesn't hit a perfect shot, and we still don't keep score, or he'll get upset. Paige is a good sport and it's a cardio activity for her. She runs around each hole and smacks her ball at least a dozen times. I took one video of Paige golfing and we all cracked up when she hit her ball way too hard and bonked poor Connor in the head. Thankfully it didn't hit him very hard and thankfully not in the eyeball!

On Sunday, we were planning to do more tennis, but a storm blew through and we just relaxed and then ate lunch before heading home. It was a fun weekend, and I'm thankful Andrea thought to plan it for me!
Posted by Shawn Vernon at 6:07 PM