Jaguars game with Steve and Cooper 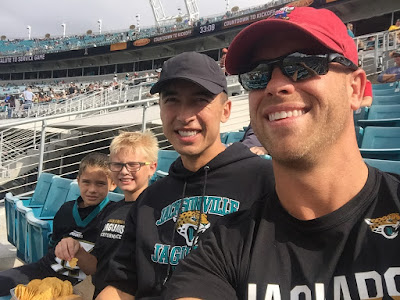 On Sunday, Connor and I went to the Jaguars game with Steve and Cooper Froehlich. Our friends have season passes and had four tickets they weren't planning to use. We had been thinking about going as a family, but thought that it would be more fun as a guys thing. I don't think Paige would have enjoyed it very much.

The Jags were favored to win by 2.5 points, but they ended up losing by 3. It was actually a surprisingly close game, with quite a few ups and downs, however the Jags started it off by throwing a pick 6 and they trailed the entire game. 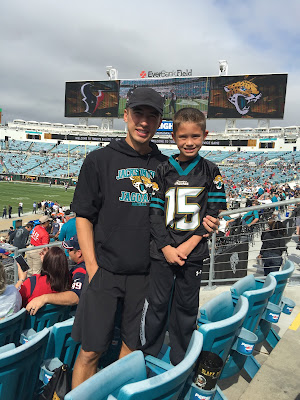 I made sure to get Connor some yummy goodies to eat, and he enjoyed hanging out and talking football with Cooper. After we got home, he got out his stuffed NFL guys and has been playing with them and looking up NFL stats again. He's starting to like football again, which is surprising because he's usually pretty uninterested until playoffs start. 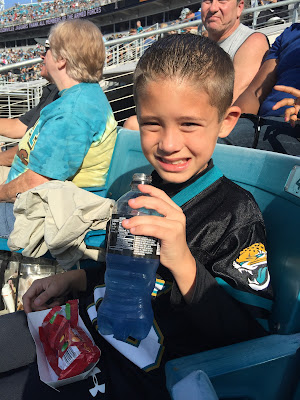 It was definitely a fun day! Go Jags!
Posted by Shawn Vernon at 1:37 PM