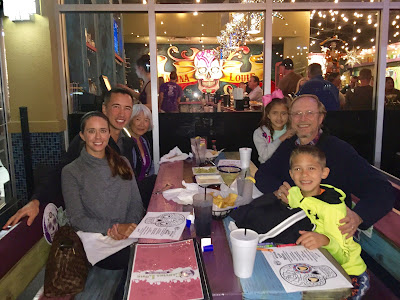 On Friday, 11/11/2016, I celebrated my 37th birthday with the family. In the morning I played some tennis with Ross and some other guys at the club and then had lunch. After work, we went to Queen's Harbor tennis facility to watch Connor compete in his team's tennis match. He played line 1 singles and had a very tough match. He won 6-5, but it was a close thing and if he'd lost two more points at the end, he would have lost! He also won 6-4 playing doubles and we were all super proud of our little tennis star.

After Connor's tennis match we drove over to Cantina Louie's for dinner and ate outside. 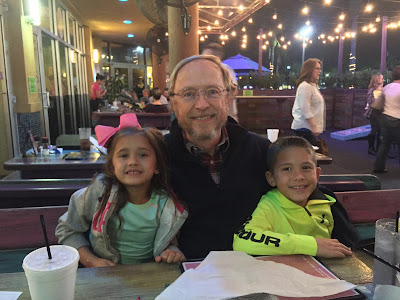 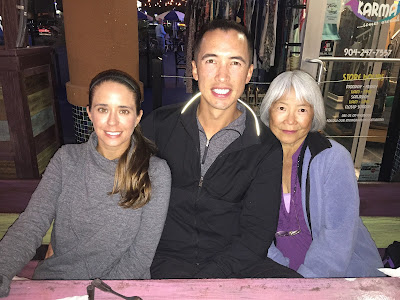 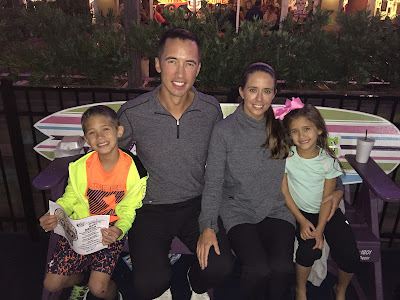 After dinner we went back to the house and played "Apples to Apples" with Grandma and Grandpa. It's one of Connor's favorite games at the moment. It was a fun day, I'm so thankful for my family all coming together to celebrate with me.
Posted by Shawn Vernon at 1:32 PM