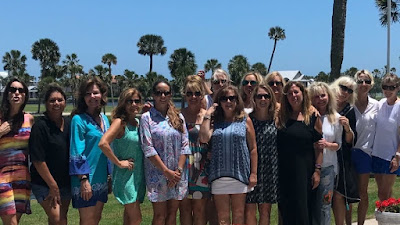 Andrea's B1 tennis season ended on May 10th and her team got together for a party to celebrate the season on May 17th. It was an interesting year for Andrea's tennis and she came in to the season with a bit of apprehension since it was going to be with a new team at a new club with new ladies. Andrea also jumped from C1 to B1 this past season, so it was sure to be more challenging.

Andrea played with many different people throughout the season, which is what she was used to doing at JCP, however most players on the B1 team have established partnerships. She was worried she wouldn't get to play much since she didn't have a partner, but it worked out nicely since many people traveled or were unavailable during the season, so she got matched up and played quite a bit.

The PVIC team did well overall, and Andrea ended the season with a 20-1 record. Andrea partnered with 9 different people throughout her season, had a lot of close matches, and always found a way to win. Congrats Andrea! 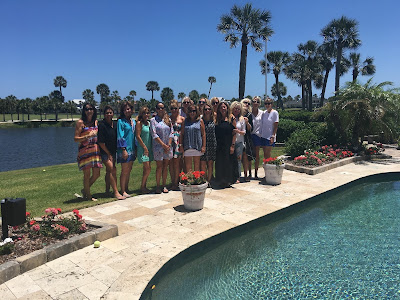