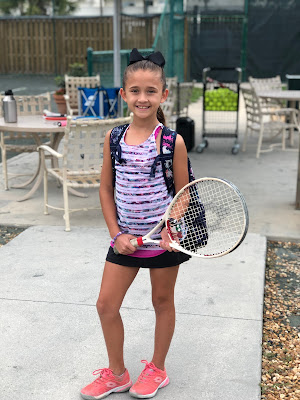 On Friday Paige played line one singles for her USTA team. She played a strong opponent who she goes to school with. Her opponent was a big hitter and really cracked some tough shots at Paige, but Paige was unfazed and hit the ball consistently and she won both sets 4-0, 4-0. There were some close games, but Paige played really well and it was fun to see everything that she's been learning come together successfully.

I took a couple of videos during the match and got one of their best points on video, although it was a point that Paige didn't win. 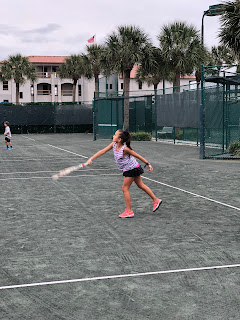 After the match, Abby's mother took the girls to see The Little Mermaid musical and Paige went along with them. She had a fun Friday night! 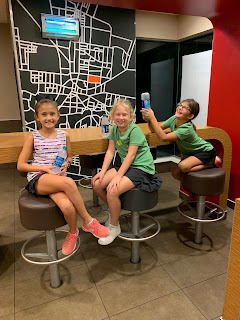 Looking good Paige!!!
Wish I could play that well.