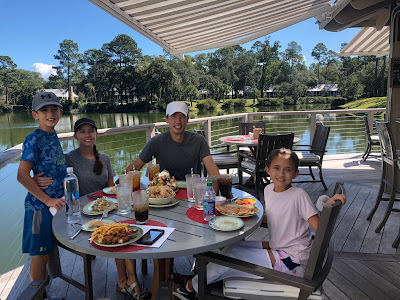 Last weekend, on October 11th after work and school we drove to Palmetto Bluff SC for a weekend visit. Andrea booked us a nice house for three nights and we were excited to visit the resort and check the area out. Apparently Justin Bieber had just gotten married there a couple of weeks before our visit, and we'd heard it was pretty nice. 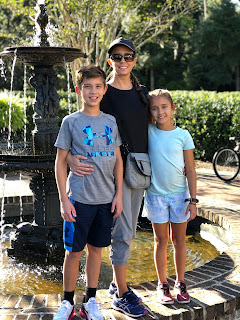 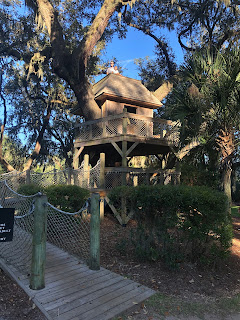 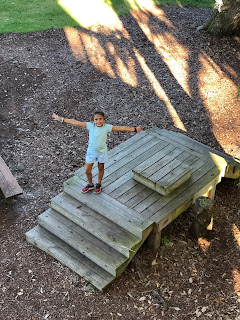 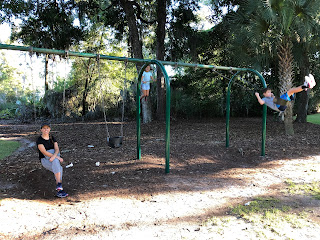 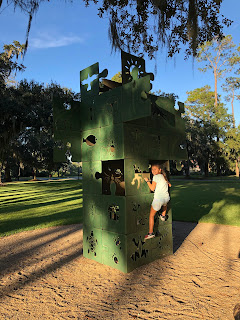 As it got dark, we went to the River House area for S'mores. They had a little bike cart setup with eight different kinds of marshmallows. There were three big firepits setup and we all enjoyed trying out the different flavors. 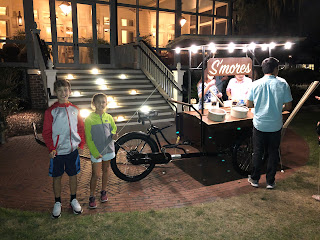 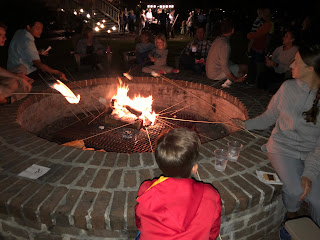 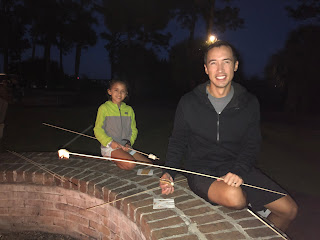 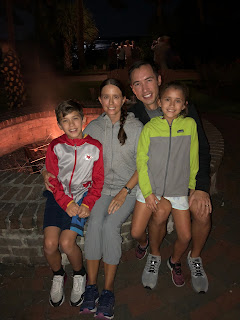 On Saturday morning, Andrea was feeling very itchy with hives (more on that later). I did a tennis clinic at 10am and then we decided to go biking down the Moreland trail. There were a lot of biking trails to choose from and there were lots of paths and paved trails throughout the area. 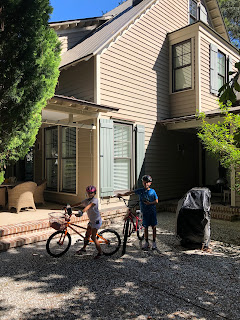 When we got to the end of the trail, we played some football with the kids at a recreation area, looked around some shops, and then Andrea finally decided she couldn't deal with her rash any longer and we decided we would have to leave early and head home. We were disappointed we couldn't stay as planned, but we were worried about Andrea and decided it would be best to get home so she could be seen at the Mayo Clinic. We really enjoyed our short stay at Palmetto Bluff and hope to go back again soon for a longer visit. 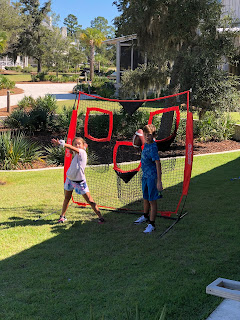