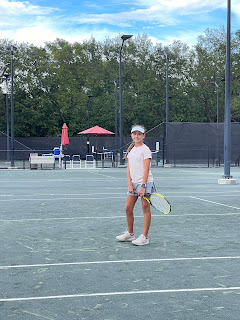 On Friday, May 13th, Paige played the last 14U Junior Team Tennis match of her team's season. Andrea did an awesome job as always managing the team, which can sometimes be a bit stressful with other team coaches and parents, and even our own team's parents. Most of the kids on Paige's team were fairly young for 14U and while they didn't have an awesome record, they all got good experience and played some good competition. Andrea did a lot of work to make sure everyone that wanted to play had an opportunity and would arrange for extra matches with the other teams to try and give all the members of the team a chance to participate.

Paige played singles and doubles and although she beat her singles opponent previously, it just wasn't her day on Friday. Her opponent was a fairly tall 8th grade boy and while Paige was more consistent, he was tough to beat when his shots went in. Paige played the same boy and another boy in doubles with Rosie. Paige lost both matches, but played hard and we were proud of her for having a good attitude and trying her best.

We were also happy that Millie Mae got to come along and we should have gotten a picture of two other dogs that were there, a poodle and a havanese, both of Millie's mixed breeds. After the match was over we snapped a couple pics of Paige's team together before everyone left. 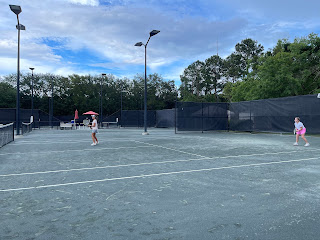 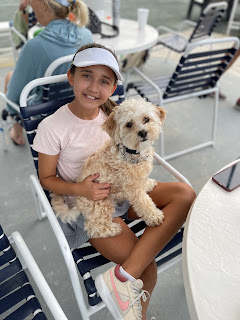 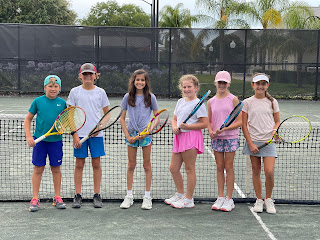 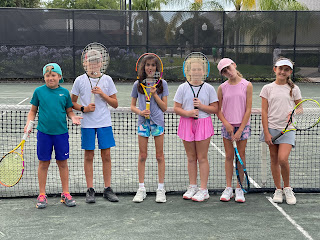