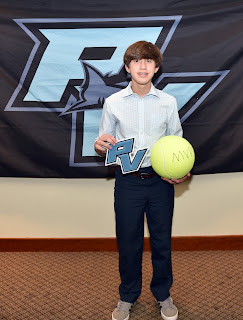 On Wednesday night, Connor, Andrea and I went to the tennis banquet for Connor's highschool tennis team. The banquet was held in the clubhouse in our neighborhood, so it was as convenient as it gets for us. Andrea had to buy Connor some new clothes for the banquet as he's outgrown the outfit already that we got him for homecoming. 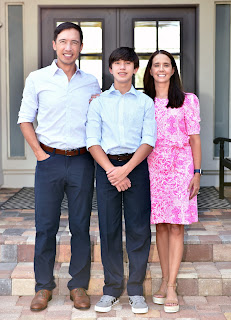 The kids all had assigned tables where they could sit with their teams and the parents sat at the surrounding tables. Connor was with the JV boys team and they seemed to have a good time hanging out and preparing their "paper plate awards". After dinner, the coaches for each team gave short speeches recapping their seasons and sharing some of their favorite memories and then passed out team jackets and awards. We were surprised that Connor actually got quite a bit of recognition from his coaches and teams. Connor got the MVP award from his coach and the varsity boys team also recognized him and gave him "Rising Star" award as he was the only freshman to practice and somewhat be a part of the varsity team. Connor also earned a varsity letter from the varsity coach, which was pretty awesome for a freshman.

It was a really nice event and evening and Andrea and I were both shocked and impressed with all of the students. There are so many well spoken, confident, and classy kids at the school and on the tennis teams. We are proud of what Connor's accomplished and the friends he's made so far and hope that it motivates him to continue working hard at school and at tennis. We love you so much Connor! 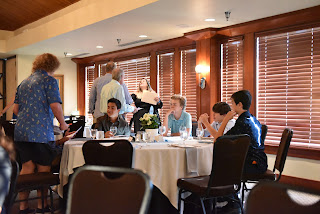 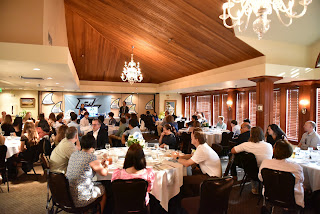 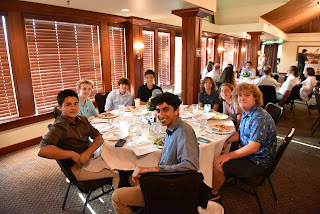 The coach gave Connor the MVP award, which was a gigantic tennis ball with MVP written on it. 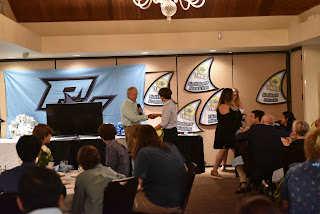 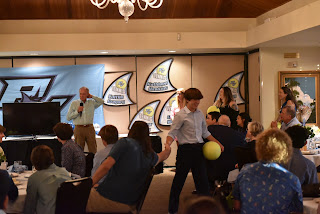 The kids all made "Paper Plate Awards" for their teammates and for their coaches and presented them to each other. 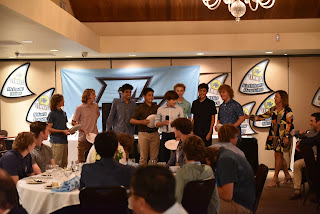 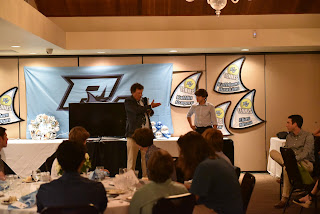 Connor was recognized during the "Paper Plate Awards" with the varsity team and stood next to his tall friend Hunter. 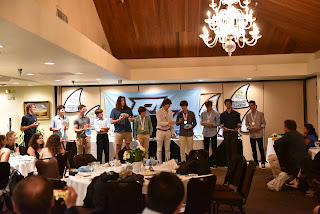 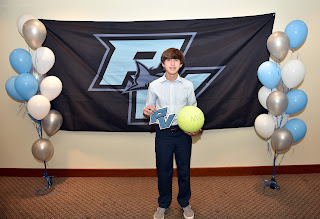