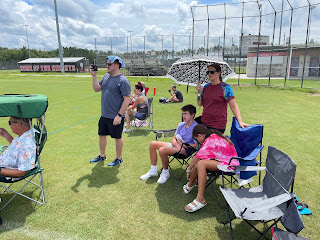 Last weekend we had Graydon over to hang out with us on Saturday and Sunday. Saturday morning we went to Creekside Highschool for Graydon's first I9 Flag Football game. Unfortunately we showed up a couple minutes after it started and missed his touchdown, but the rest of the game was entertaining. Graydon's team was down 6-12 and on the final play of the game their QB threw a pass in to a crowd, the ball got tipped up in the air and landed right in one of Graydon's teammate's hands who ran it in for the tying touchdown. Quite the finish to the game, and we were glad they finished with a tie instead of a loss. 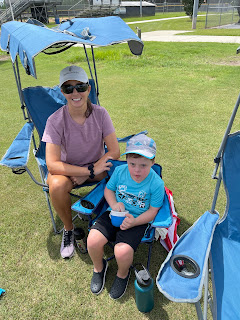 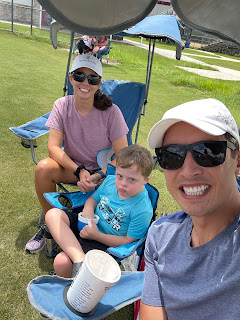 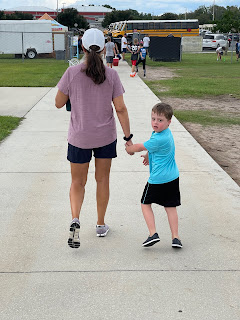 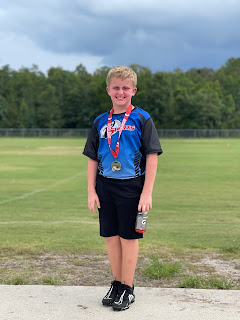 The rest of the weekend with Graydon was pretty chill. It's been raining a lot lately, so Saturday we chilled at the house. Paige and Graydon made some grilled cheese together and were cute about hanging out a lot. I set up my laptop on the TV tray in Paige's room so they were able to do some gaming. 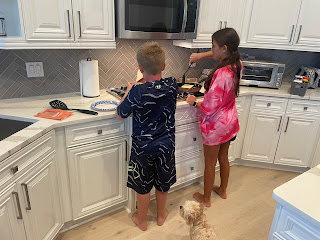 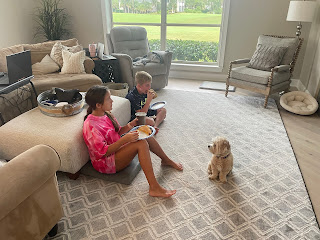 In the evening we played some board games: Zingo, Sleeping Queens, and then Taco Cat Goat Cheese Pizza. Lots of laughs and fun, the kids were in great moods and it was way more exciting than I expected. 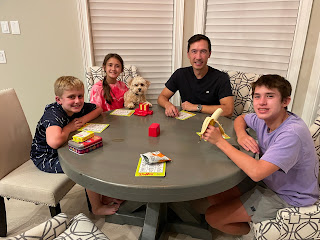 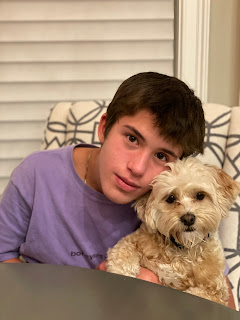 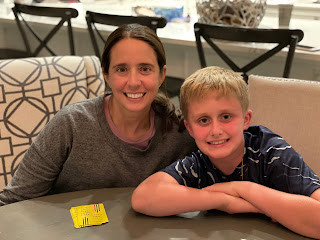 Sunday we went to the beach with the kids and with Millie Mae. We drove separately, so I took Paige and Graydon to the ocean and Andrea showed up with Connor a bit later since they needed to take care of some lab work for Connor. The water was amazing, probably the best I've ever seen at our beach. It was a yellow flag day, but the waves were still large and spaced out well. Perfect for surfing and bodyboards. We ate lunch at the Surf Club and poor Millie had to sit in her travel kennel and hide in the wagon since dogs aren't allowed. Thankfully she was a good girl and we were able to enjoy a nice lunch at the restaurant. 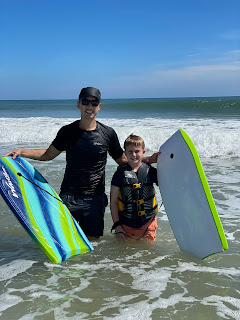 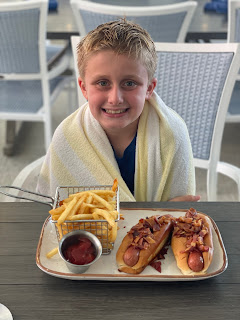 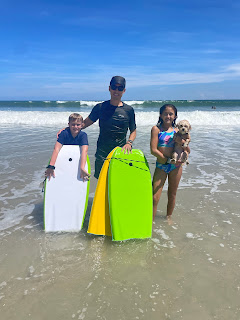 After the beach, we washed up at home and then went over to the Goble's house for the Chief's game.
Posted by Shawn Vernon at 5:23 PM