Connor had his 18 month doctor's appointment this last Friday and it looks like he's doing pretty well. It looks like his Mommy and Daddy are doing a half decent job! He's 32 1/2" long (45th percentile) and he's 26 lbs (55th percentile). He's still not consistently talking, but he's mimicking sounds and he will rattle off 4-7 syllable "sentences" even though they're completely unintelligible.

He also had a haircut. I can't believe how many of these he's had. We were trying to remember, and he's had to have had at least seven and maybe as many as ten. 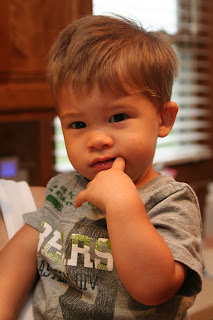 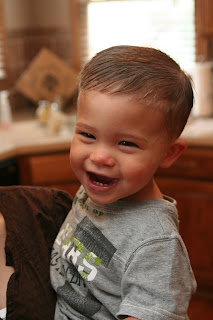 He's been doing pretty well with his forks and spoons. He can get it into his mouth if he can get it on his utensil. That's the tough part... 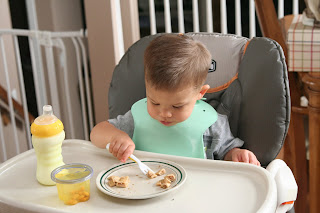 We also got a few new toys. He's got a shopping cart and he loves to fill it up with his trucks: 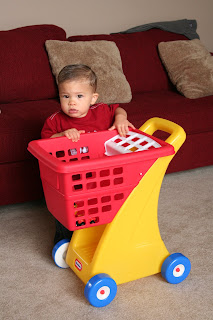 On Sunday Maia and Chase came by to play and Connor had an awesome time chasing them around and screaming like a monkey. He did a great job of sharing and playing with both of them. 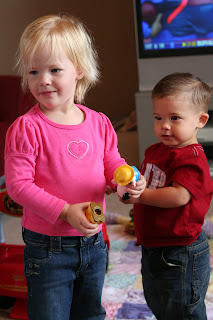 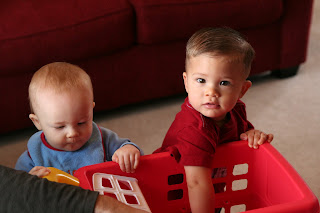