Family pictures with our little monster 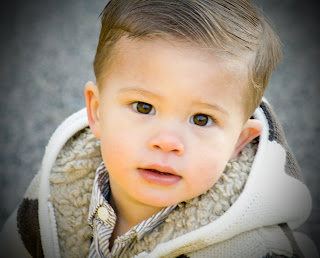 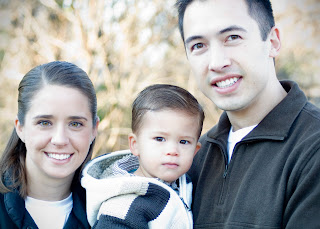 We thought it would be nice to get some family pictures this year for Christmas. Last year Shawn setup a tripod at home and through sheer luck captured a picture of our family where Chloe and Connor were looking in the right direction. This year we wanted to do something a little more sophisticated that would give us some guaranteed results. Mandy found our regular photographer from Moments and Memories, who we love and intend to continue using in the future, and she also has a friend Jeni who's just getting into photography and took some great pictures of Mandy's family. We decided to have Jeni from Acres of Hope photography take some pictures of Connor and our family.

On Tuesday (11/18) the plan was to go to a park setting outside and get some candidish shots of Connor playing and our family together and the second phase was to go to our house and get some Christmasy pictures in front of our decorations. For the first part of the plan Connor was a little uncooperative, but Jeni worked hard and got some pretty good pictures. The second phase of the plan is where everything fell apart. If we thought Connor was a little difficult at the park, he was intent on proving that he could be absolutely impossible when we got home. We tried everything we could think of to get him to smile. He convinced us that was never going to happen, so we decided that we'd be content if he had a pacifier (he usually only gets them during bedtime). Even with pacifier in place Connor would arch his back, squeal, and writhe every time we got ready to take a picture. In the end, the only time we got anything close to what we were looking for was a picture where Connor was clutching his "babies" (stuffed animals that usually stay in his bed) and crying. At least he was looking at the camera. 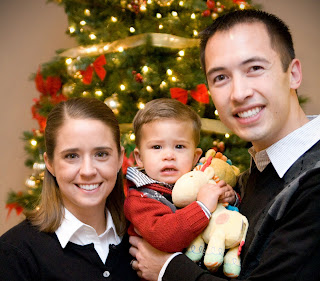 Jeni was awesome about it, and agreed to come out again on Saturday (11/22) to try again when Connor was in a better mood. Grandpa and Grandma Vernon were in town visiting and they worked their tails off hopping around, singing, waving puppets and acting crazy to get Connor to smile. We haven't seen the results yet, but we're pretty sure there will be a great picture in the mix somewhere.

Without further ado, we've posted some of our favorite pictures that we've gotten from Jeni so far. 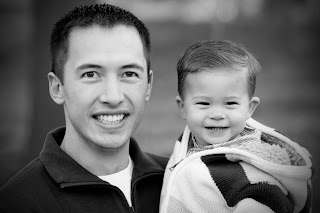 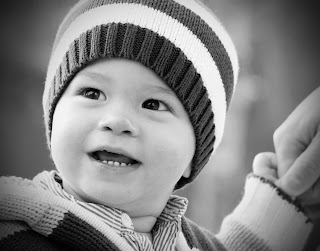 we were thrilled to be part of the photo shoot this weekend, thanks for letting us participate! Connor looks cute no matter if he smiles or not.
Grandma and Grampa V