Thanksgiving with the family 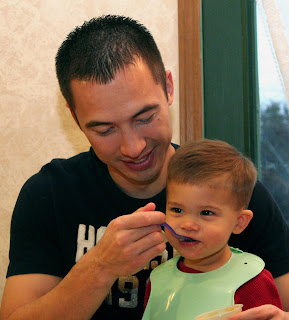 Thanksgiving 2008 was a lot of fun with Connor this year. He had a great time getting to know the family and traveling around to see everyone. We started off in St. Louis with Daddy's family and then back to KC to be with Mommy's family. We had lots to eat, but Connor decided he wasn't ready for turkey dinners yet, he ate apple sauce and fruit loops in St. Louis and a Gerber's Graduate meal (Macaroni and Cheese + peas and carrots) in Kansas City. Oh well, more for everyone else! 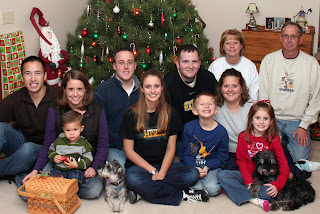 In St. Louis we had to keep the dogs downstairs away from Connor. He loves them, but a little too much maybe. We were a little worried he'd pounce on one. 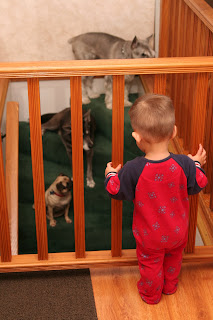 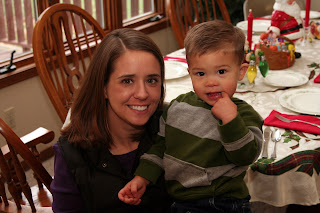 Abby and Grandma cooked up the delicious feast, thanks guys! 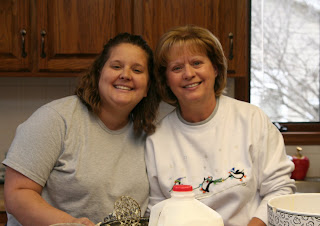 Some of the boys hanging out: 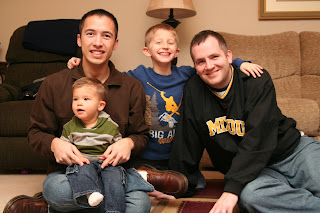 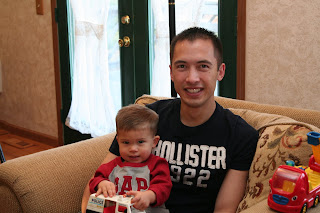 Connor loves to play with shoes and if he can get them on he loves to stomp around in them: 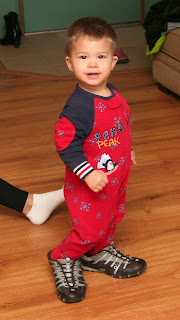 Connor also loves to pick people out in pictures. He will point to someone in a picture and then will point to them if they're in the room. We put up a big photo frame with lots of snapshots and he loves to play with it: 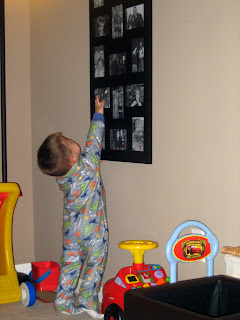 Glad you all could make it to both families Thanksgiving. We had a great time.
GPV