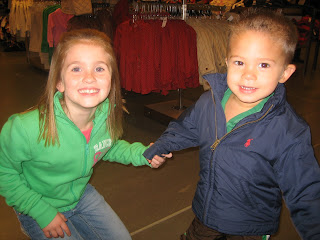 Allison came up this weekend to stay with us. We wanted to thank her for spending time with Connor right after he broke his leg so we took her out to the Legends shopping area to get some clothes and then to dinner. We got her a few things at the Gap, but she was really intent on getting some ear muffs. We found her some at Justice, and she was very cute about them.

Connor enjoyed shopping at first, but didn't like to stay in the stroller. He was getting more and more brave with his walking and we got a little bit of it on video. 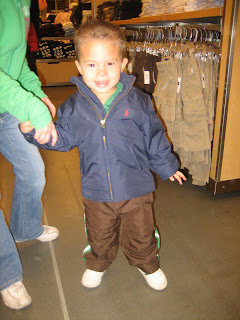 For dinner we'd planned to go to the dinosaur restaurant. We'd never been and it really seemed neat for kids. Unfortunately the moving and roaring dinosaurs absolutely terrified Connor.

Andrea and Allison outside the dinosaur restaurant. 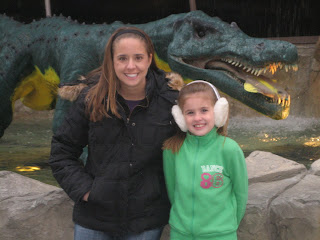 Getting ready to go into the dino restaurant. Connor was excited, but not because he wanted to go in. 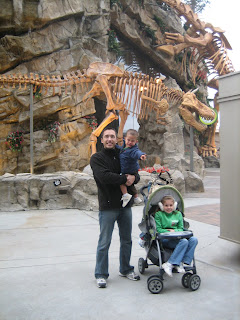 We went inside, and right inside the front doors is a huge T-Rex that is moving, growling, and roaring. The wait to get in was over an hour, and Connor was going into a panic attack about the T-Rex. He was absolutely frantic about getting away from it. Allison really wanted to go to Applebees, so it was an easy decision to switch.

Allison and Shawn at Applebees. 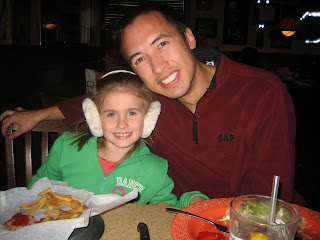 Connor at Applebees with Mommy. 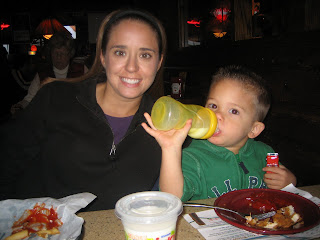 Applebees ended up being very good, and there was no wait. Also, instead of huge lizards that were clearly hungry for little boys, the Applebees was decorated with race car stuff. Connor liked it much better as well.

Allison was pretty tired after our shopping and dinner. Today we went to Odessa to celebrate Ryan's birthday. Snacking on some birthday goodies: 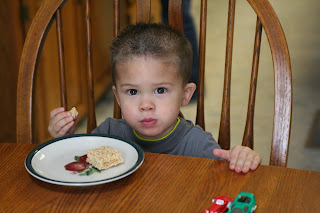 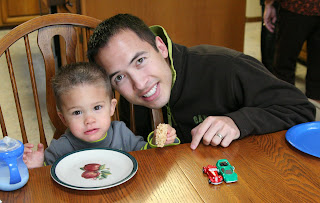