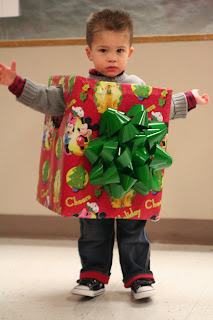 Connor's school does a Christmas program each year and this was Connor's first time participating. His class all dressed up as Christmas presents and sang a song about a Christmas tree.

We really didn't think there was any possible way that Connor would cooperate. The day of his program he was in a very cranky mood. 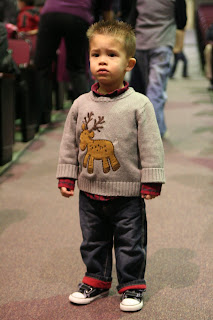 Connor just wanted to be held the entire time. 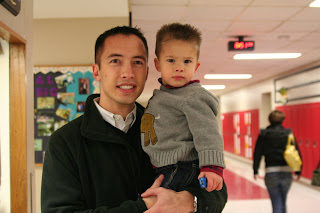 Not happy, but posing with Mommy before the show. 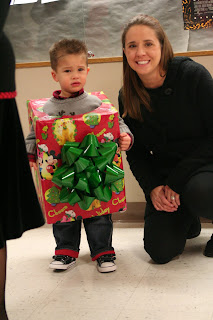 Miss Leah (Connor's teacher) rounded up the kids right before the performance and Mommy and Daddy snuck back out to the auditorium. The kids were were led out on stage with the curtain closed and then it was pulled open. 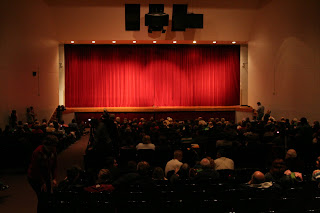 Surprise! You're on stage kids! 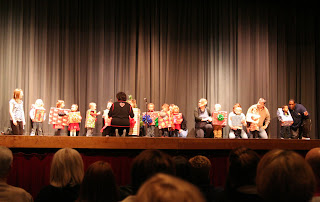 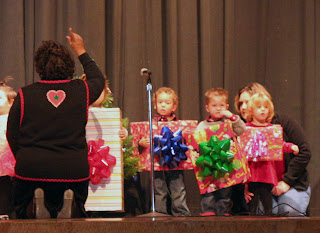 Connor didn't sing and spent the whole program with his hand in his mouth. Thankfully his classmate Jakie is not shy and super loud. The class did pretty well and all the kids actually stayed up on stage. Some of the older kids couldn't even manage that. 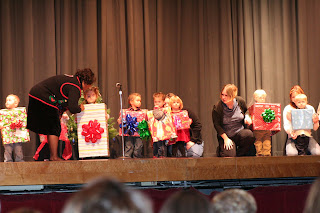 The video of the toddler performance. Enjoy!!


Grandma Genie, Grandpa Garry, Uncle Nate, Aunt Abby and cousins Drew and Allison came to watch the Christmas show with us. Afterwards we went to Chilis for some appetizers and snacks. We got one picture of the group and got a angry face from Connor in it. It's actually more representative of the mood he was in that night than any of the other pictures. 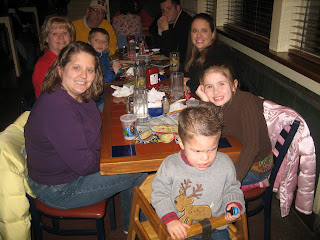 Thanks everyone for coming to watch Connor!
Posted by Shawn Vernon at 5:05 PM