Connor spent the last week with Grandpa and Grandma Vernon in St. Louis. He had a very busy week and did all kinds of neat stuff. Grandma dug out lots of Daddy's old toys and Connor really enjoyed playing with all of the cars and guys.

We missed our little man all week, and normally he doesn't like to talk on the phone so we were worried we wouldn't be able to talk to him. We set up our computers to do video conferencing (using google chat) and were pretty impressed that the technology worked pretty seamlessly. We were able to see and talk to Connor and since he was able to see us he actually enjoyed talking to us too. It worked so well he'd even kiss the computer screen good night each night as we finished our conversations.

Grandma had a really fun week planned and pretty much every day they had a different activity set up.

At home, they loved to play cars. Not much is more fun than cars crashing! 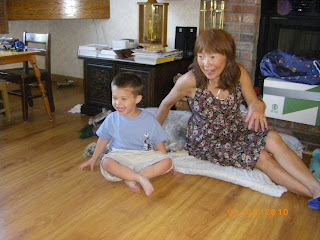 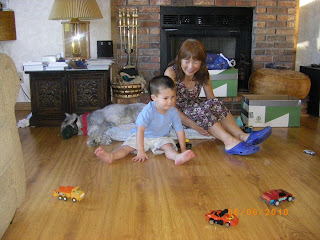 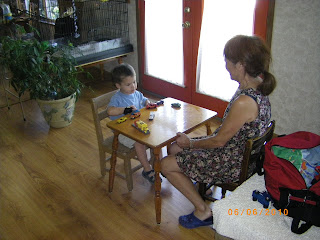 Connor told us all about all the animals at Grandma's house. 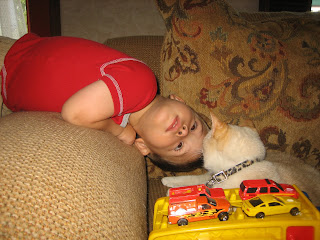 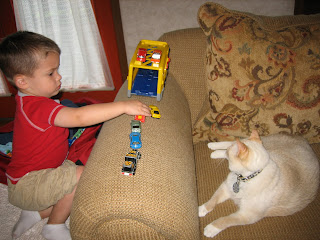 He showed off some of the awesome moves he learned at gymnastics. 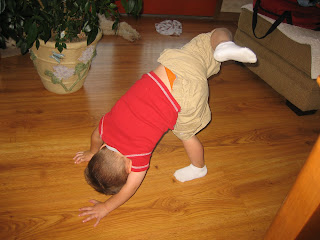 A fun video of Connor "getting" Grandma: