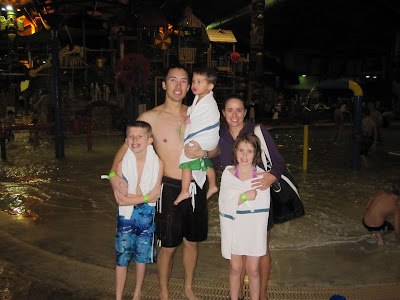 This weekend we took Connor, Drew and Allison to Great Wolf Lodge while Abby watched Paige. We'd been telling Connor about it for a week and had shown him some pictures and he kept referring to it as "The big swimming cool" and was very excited to go. (Connor has a hard time with the /p/ sound in some words and substitutes the /k/ sound for /p/.)

We got there on Saturday afternoon, checked in and got into our swimming gear as fast as possible. It was hard to believe we were going to go swimming when it was below freezing outside.

A quick video of the room. It was the "Kids Cabin Suite".


The kids right before we went down. 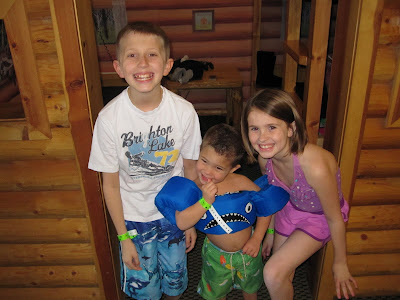 We were going to take things slowly with Connor, but he was absolutely fearless. We started off on some of the smaller slides that you didn't have to use a tube with, and he wasn't scared in the slightest.

Connor coming down the red slide (his favorite).


Eventually, we moved up to the big slides and he was big enough to ride 2 out of 3 of them as long as he went with an adult. He hated the long waits (up to 15 minutes each), and complained the entire time we were in line, but as soon as we got down to the bottom of the slides he was all smiles and was begging to go again.

Drew and Allison were a lot of help with Connor and it was a lot of fun to have them along. It definitely wouldn't have been the same without them. We all liked the big bucket of water that dumped down every five minutes (well, Connor not so much).

They both went down all the slides and we loved watching them try to get across the rope obstacle. Drew had a lot of trouble with it, possibly because he was so tall, it threw off his balance. He fell a few times and a few times had to crawl across to finish, but he was very diligent and determined. He did eventually make it across without letting go of the rope or falling. 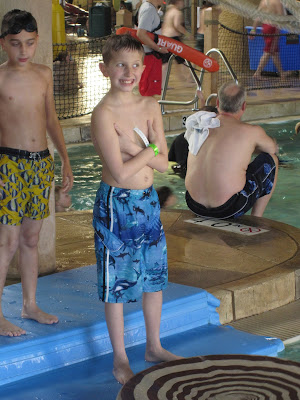 Drew not quite making it.


On Saturday night, we ate at the resort in their restaurant. Connor was very angry when we left the "cool", and complained that he wasn't hungry until we got to the room and changed clothes. Mommy took a shower to wash up, and right about then Connor realized how hungry he was. Until we got our food (which took a long time because we had to wait for a table and wait for the food), Connor told us over and over how hungry he was. We had the waitress snap a group shot of us, and it's definitely not one of Connor's best "smiles". He's really just grimacing with hunger pains. 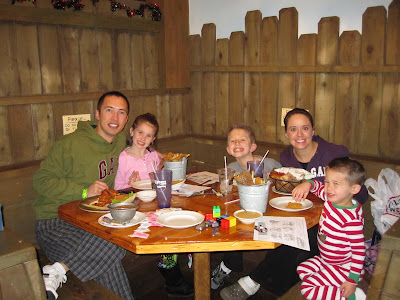 The kids got wolf ears since they got kids meals, they looked very cool with them on. We told them to howl in this picture. 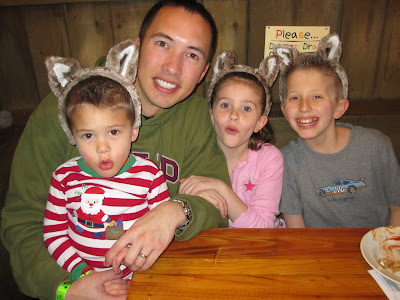 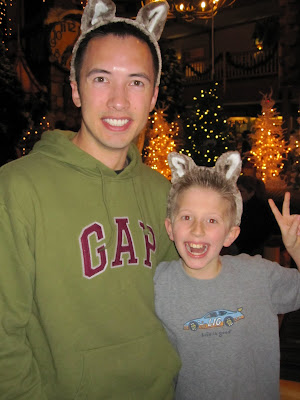 After dinner the kids visited with Santa and told him what they wanted for Christmas. Connor kind of froze up and barely managed to tell Santa that he wanted "Criss Cross Crash". 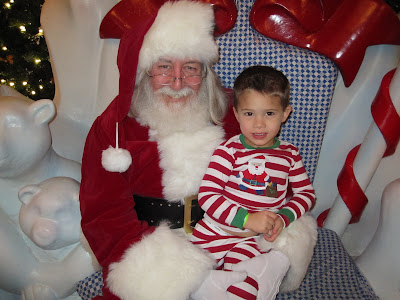 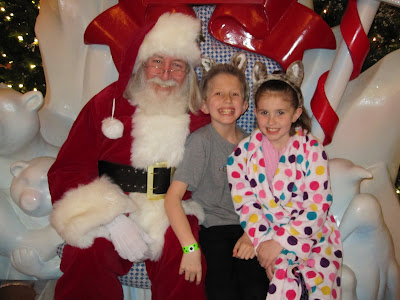 After Santa we went to the arcade and played some games for a while.

Drew got so focused on his game that his tongue popped out of his mouth and he started shooting lasers out of his eyes. 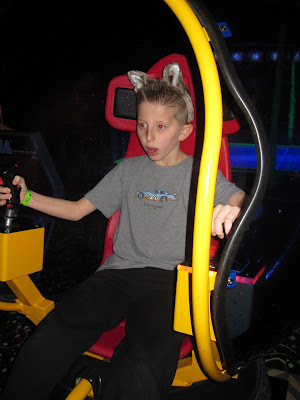 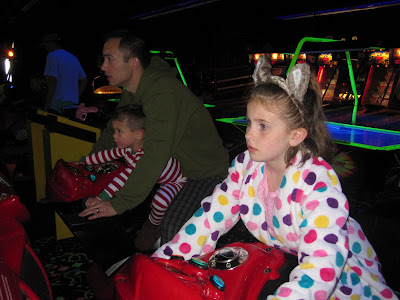 At 8 it was story time. A girl told everyone a story about "Rowdy Reindeer". 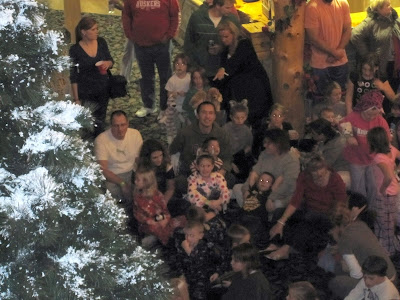 The kids and Andrea with "Rowdy Reindeer" 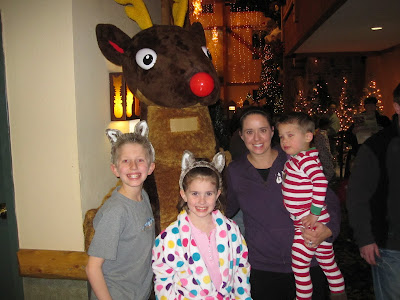 Before bed, the kids ate a double stacked cookie with lots of icing and talked about the day. 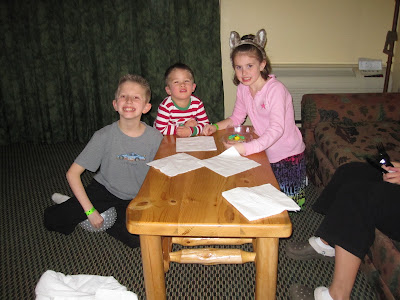 On Sunday morning we woke up early and had some McDonald's pancakes for breakfast. We got down to the pool early hoping that everyone else would be sleeping in, and were able to get on the big slides a bunch before the crowds showed up. We swam and played for a few hours and left around noon. 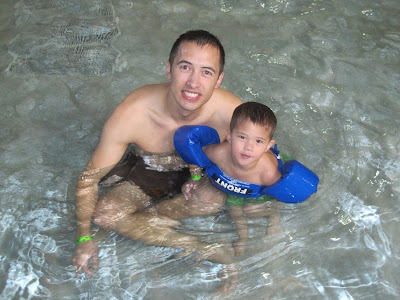 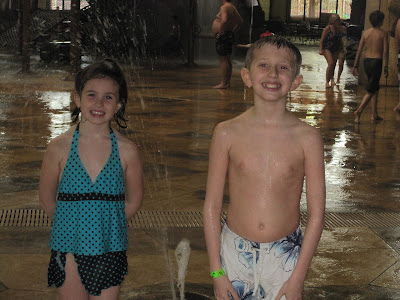 Overall, we had a blast. We can't wait to go to the "big swimming cool" again. 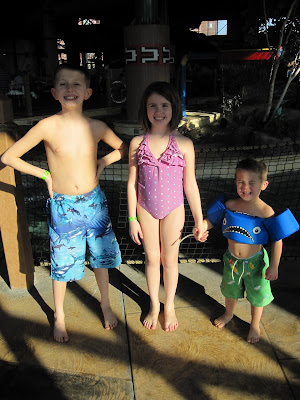