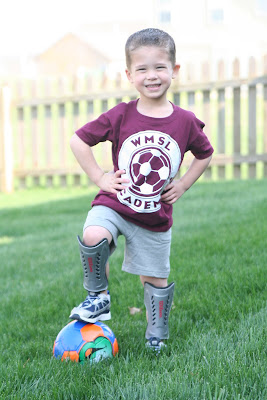 Connor had his second practice with the Western Missouri Soccer League group last night. The first was last week and Grandma Genie took him, so it was the first time we all went together.

The practice area is pretty huge and the little kids have their own mini sized soccer field to practice on. He's not participating in any actual games yet, they're still doing drills and play based practice.

Overall, we didn't think it was nearly as well run as his indoor Dynomites soccer, but Connor was a great listener and did well.

For next week, we realized we need to get him some tall socks or something to go over the shin guards. We aren't too familiar with soccer and didn't realize that was necessary. 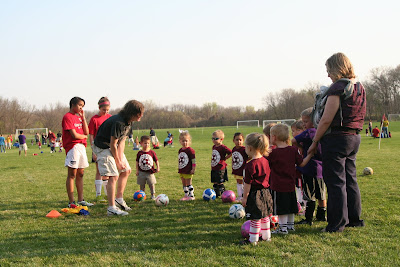 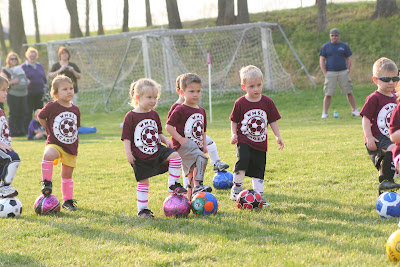 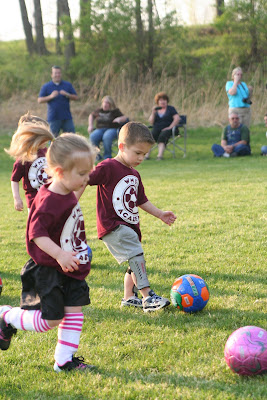 The kids doing a game where they chase each other and grab the jerseys.


Paige came too to cheer big brother on. She was fine in the stroller for a while, but eventually decided she wanted to get out. 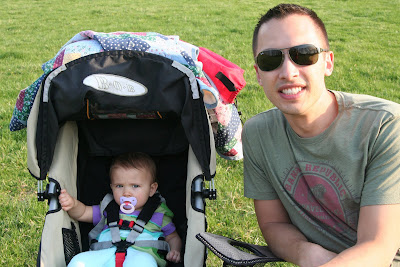 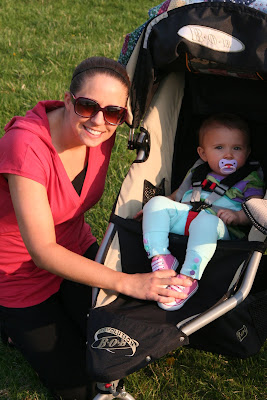 She was an absolute mess within a few minutes. She decided that the grass, and especially the yellow dandelions, looked delicious and was trying to stuff everything in her mouth. Andrea thought to plug her mouth with a pacifier, which kept everything out of her mouth, however she still had a "Pavlov's dog" reaction to the grass and was drooling like crazy as she played with it. She also had a runny nose from her allergies. All this combined to make a terrifyingly messy baby. 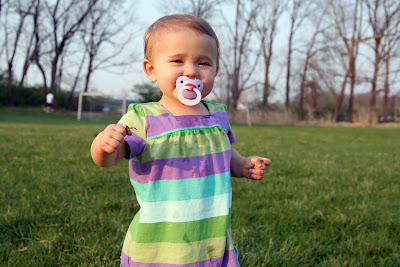 Connor had a good time for the most part. We're looking forwards to taking him to more soccer practices this year! 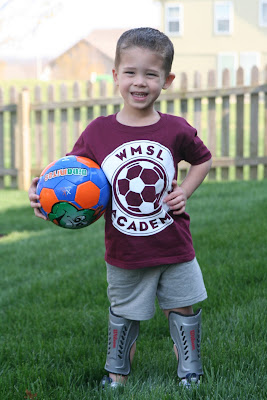 great to see Connor's having so much fun with the athletics, and Paige is soooo cute. glad you are so good with keeping us up to date on the blog.