Today was Connor's third soccer game with his outdoor team. He looks forwards to it all week and was very excited to play today. Today was their toughest challenge with the red team. The boys on the red team were big, fast, and tended to be very grabby. They grabbed each other, the other team, and even the ball with their hands! Connor was a little more timid than normal as a result, but he still got in there and did a great job. He blocked a couple of the offensive charges by the red team and scored one of his team's goals. The other team had a few chances but only got one goal. 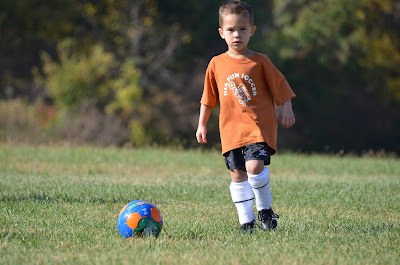 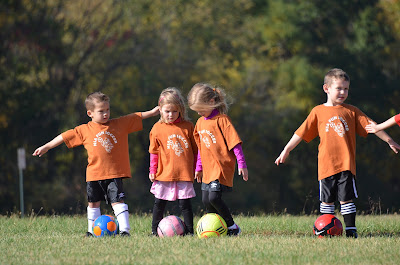 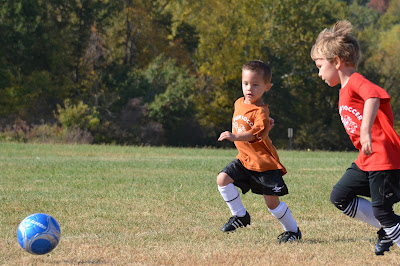 We didn't get a good video of Connor scoring but did get a video of him playing and eventually getting taken out by the red players.

Paige had fun chilling out and watching big brother. She had breakfast, but still ate a cereal bar and fruit snacks. 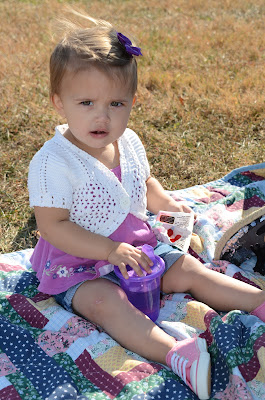 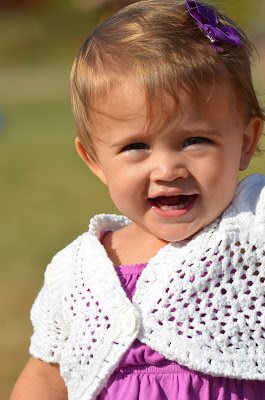 She had a blast goofing with her bow.