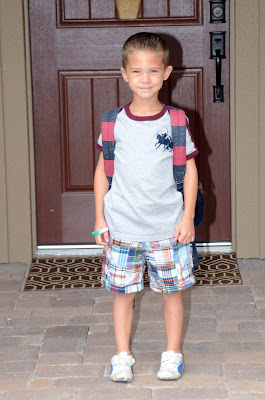 Today is Connor's last day of Kindergarten! It's hard to believe the school year is coming to an end. He's had such a great school year and has been a model student. Andrea talked to his teacher yesterday to get a final report of how Connor did and she had nothing but good things to say about Connor. He's at grade level for everything and has done well on his projects and tests. She was happy to have had Connor in her class and said that he was one of those kids that she'd probably always remember.

We are so proud of how Connor's done as well. At the beginning of the school year he complained every once in a while about going to school, but we think that he eventually settled in to the routine, realized that's just what children do, and really began to enjoy aspects of school and the friends he made.

I took similar pics as we took on his first day. It's fun to see Connor and Paige together in these pictures side by side. You can really see how much they've grown up and changed. 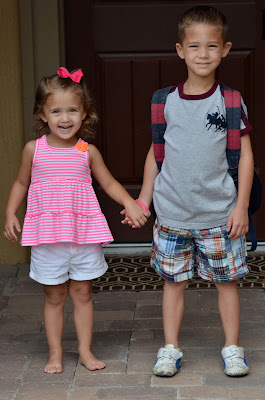 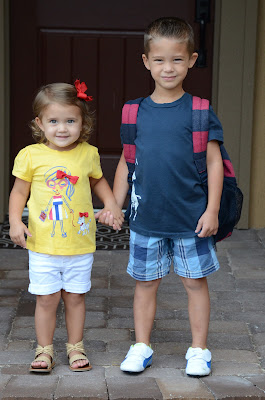 Congrats Connor! We love you so much and we're so proud of you! 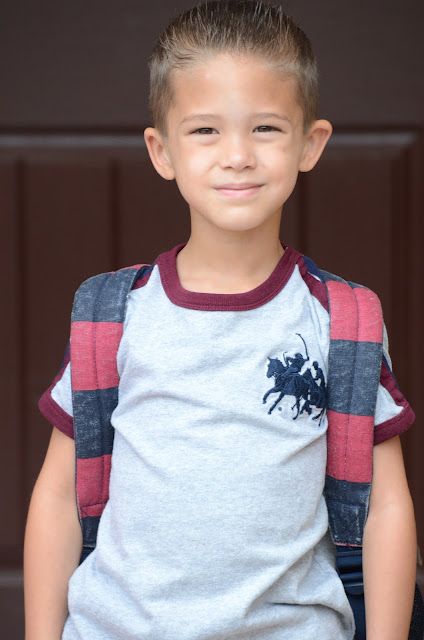