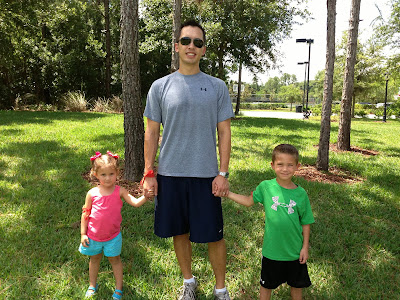 The Saturday before Father's day, the neighborhood had a "Father's Field Day" event to celebrate the fathers in our neighborhood.

Everyone in our family went to the event. I participated in the events with the kids and Andrea helped to run one of the stages. We were put in to a team and competed in various silly events with other dads and their children. Most of the events were pretty simple, such as having everyone take turns putting clothes on a clothesline, or sitting on a water balloon. Our team did fairly well, however we were somewhat less competitive since we had a 2 1/2 year old little boy on our team and my three year old - Paige.

Andrea was pretty busy running her stage, but captured an action shot where Connor and I were setting up some chairs and a towel, competing against another dad and his daughter. 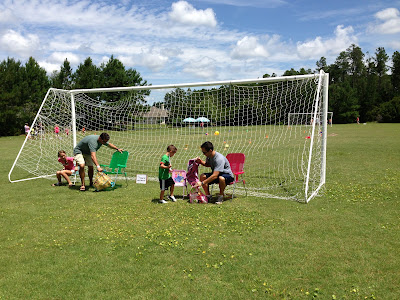 Connor was very competitive about it all and had a good time until he had a poor showing at a "Chicken Walk" relay where he had to hold a ball between his legs while walking. It's not a skill he had mastered and he had some trouble with it. Unlike most of the kids, he didn't cheat at all and use his hands, so he was pretty slow and it broke his poor little heart. Paige got pretty bored after the first few events and sat out most of the last ones, which helped our team.

After the games, we had some snacks and the kids spelled something for me. 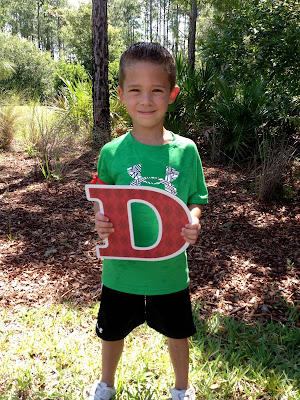 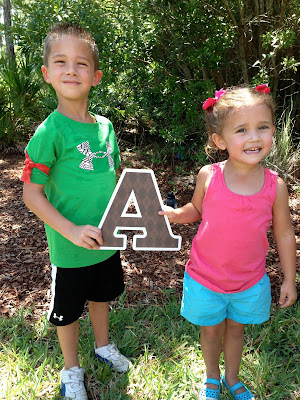 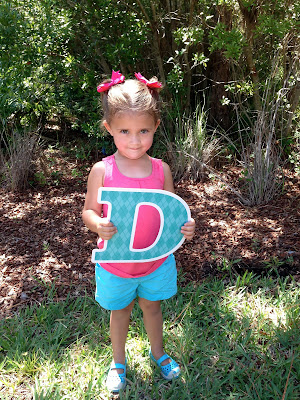 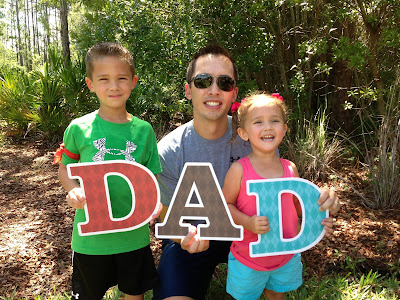 Thanks to Andrea for taking pics and helping to run the event. 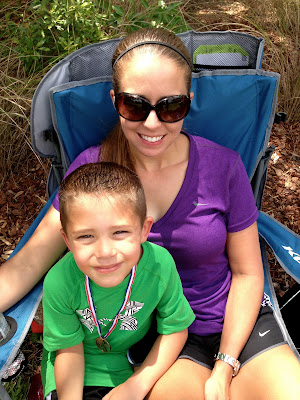