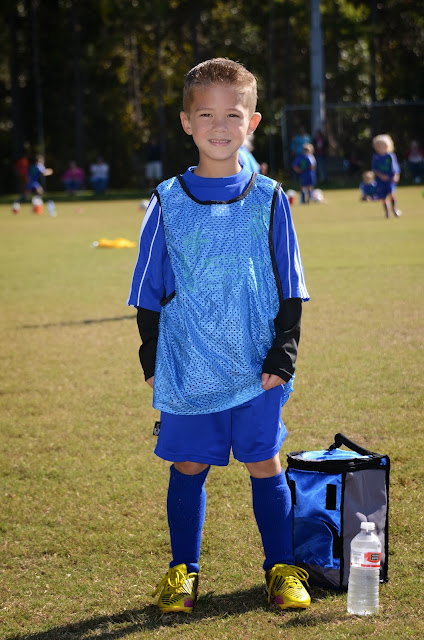 Connor has still been doing the Academy soccer and it’s going to be wrapping up soon. His last game is next Saturday, and Andrea and I may not be able to make it. So I took some pictures of Connor while he played today.

He’s been definitely improving and he works very hard with in his league. He’s in the more competitive soccer league, plus has been moved up an age group (U8) to play with the older and more advanced kids (7-8 year olds). He's also moved to a larger field and they are using smaller, portable goals.  These changes have made it a lot more difficult for him to compete and score.

He’s probably average when you compare him to the kids he’s playing with, but the fact that he’s in the group at all is pretty great. He’s typically the smallest kid on the field and it’s a big challenge for him. In today's videos there is one other boy that is small, but all the other kids are at least 6-12 inches taller. It's been good for him to play at a higher level and has helped him progress with his soccer skills.

Today, he scored three goals and ran his booty off. He has to work for every goal. I only got one on video, but put together a few videos where you can see how hard he has to work to have a chance to even shoot at the goal. 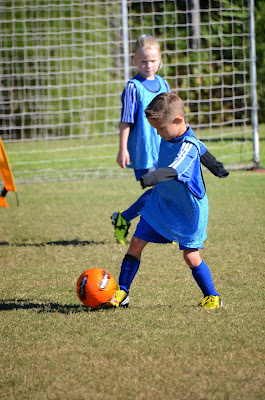