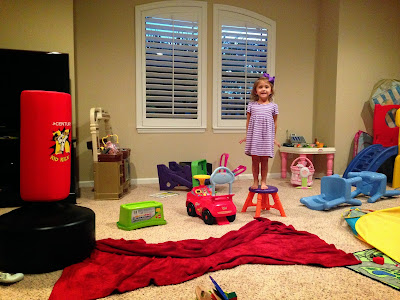 Connor and I have been doing Ninja Warrior for a long time and Paige has never been interested. This past season of Ninja Warrior she watched it a bit on TV and we’ve recently been doing obstacles for her. They are very simple compared to some of the stuff Connor does, but they are fun for her and it’s a good way for her to work on her balance.

She wanted me to do it too, so I had her film me doing the obstacles.

Connor of course showed up after a while and had to show us how it was done. 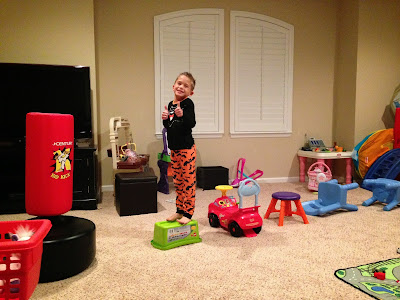 He did fall on the first try, but then he got through pretty quickly.