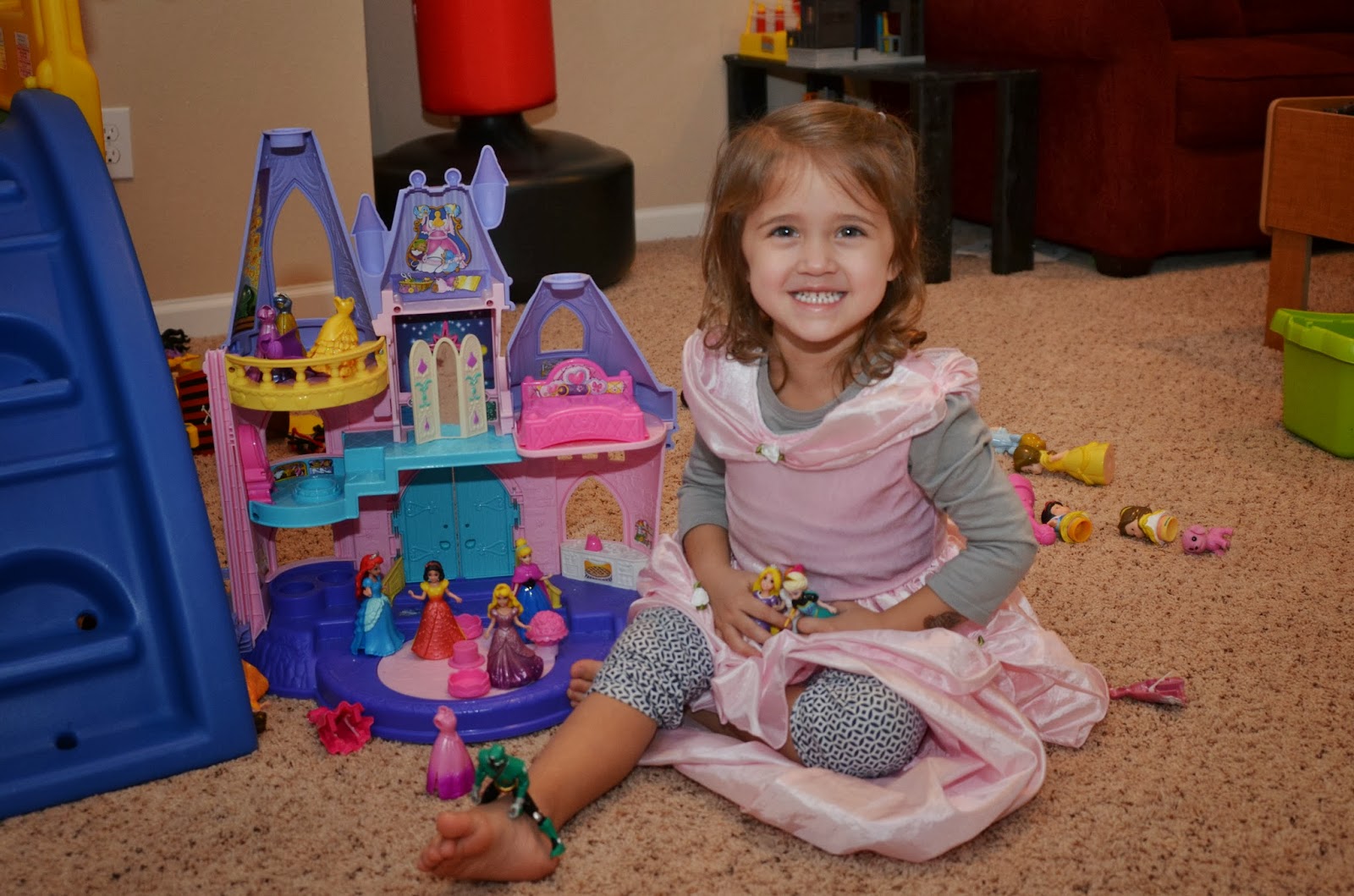 Paige's favorite toy recently has been Disney princesses with clip-on dresses. They're her favorite thing to play with and she's amassed quite the collection. She's got Snow White, Belle, Ariel, Rapunzel, Sleeping Beauty, Cinderella, Anna and Queen Elsa. We've also purchased Princess Tiana and Merida, but haven't given them to her yet. They're socked away for her to have when she's extra good one day.

The princesses are perfect for her since the dresses snap on and off pretty easily. She's able to get the princesses in and out of them as she pleases, although she typically puts them in the dresses that they should go with. We like to play pretend with them and the princesses will often spend quite a bit of time preparing for a royal ball. We don't have any princes, so typically Connor's Power Rangers or Jedi's play those roles. There can be quite a bit of drama with the princesses because sometimes the prince won't want to marry the one that the princesses think he should. Inevitably there's a wedding and there's one white dress the lucky princess wears and we have a short wedding and then a dance. Sometimes I'll have Ursula (the sea witch from The Little Mermaid) show up to inject some drama into the story, but typically Paige has a pretty good imagination and it's always interesting to see what kinds of situations she comes up with for the princesses.

I took a short video and was hoping she would go through and show her princesses, but she wasn't exactly in the mood. It was a cute video anyways.