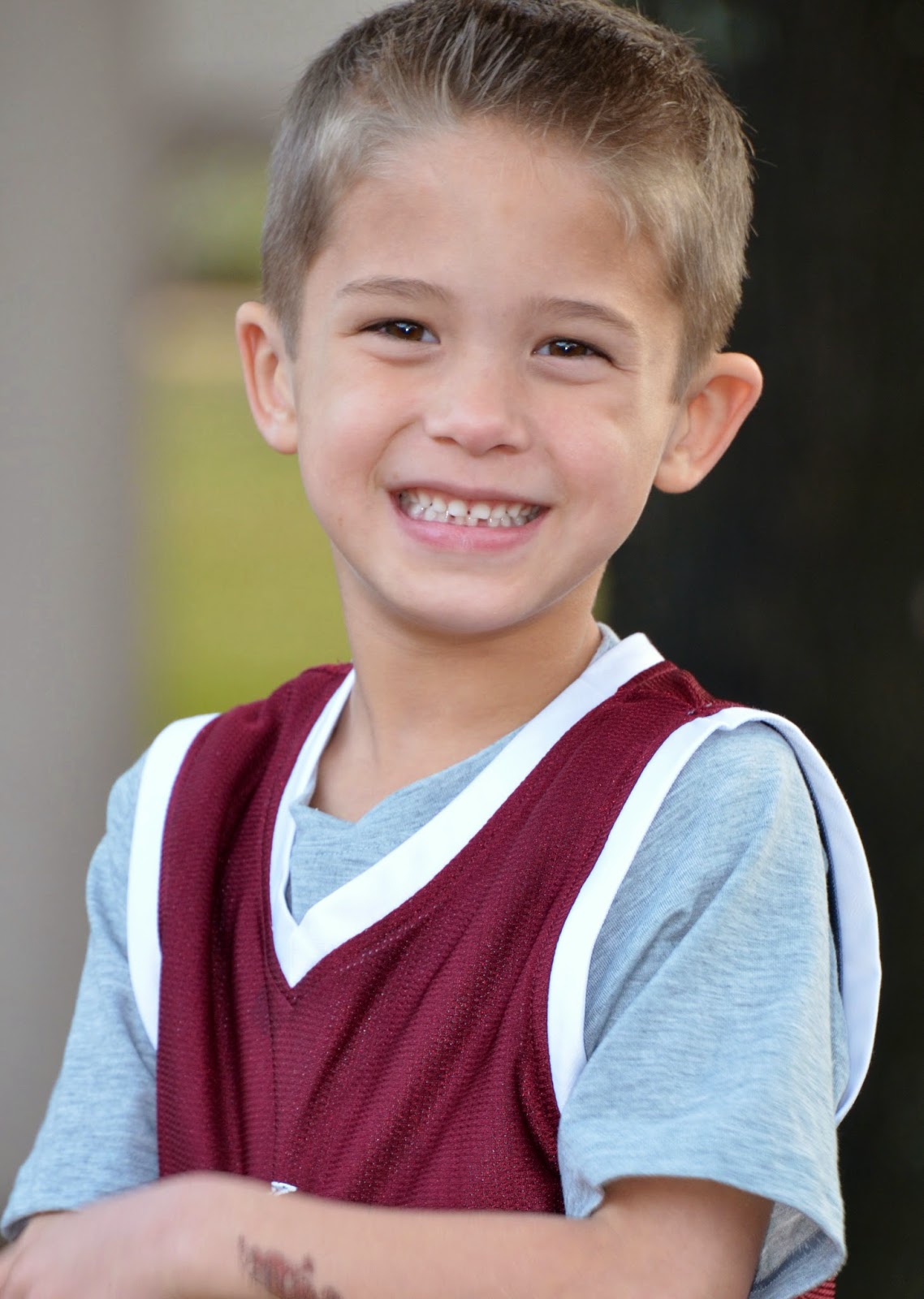 This past Friday was the last basketball game of the season that Connor could go to. There's one next week, however he's already got a booked up day with soccer and a party so this week was the last game he could play for basketball. He played a hard team this week and he did well although it was a difficult game. The game is split in to six 7 minute periods and Connor played four of them this week.

Each time Connor went out he was matched up randomly against another player and every single time he was matched up against another little boy that was a very good player. The other boy he was playing against played hard defense and at one point knocked Connor down. Surprisingly, no foul was called and Connor was pretty upset about it but he got right back out there and shortly after he scored his first basket. He had a decent number of opportunities to score and managed to make two baskets. Connor played great defense and shut the other boy out completely.