First part of our Odessa visit

We visited Odessa on June 6th. We drove in from St. Louis and hung out for a few days with everyone. The kids played at Grandma and Grandpa's and we filled up a kiddie pool over at Amanda's. On Tuesday, June 9th, Andrea took the kids to a waterpark in Lee's Summit with the Rudolphs and Gobles. Andrea and I planned to leave midweek and fly home, and leave the kids for a fun ten days with family over the summer. 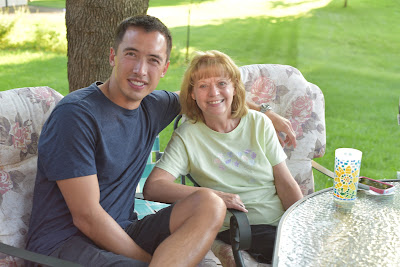 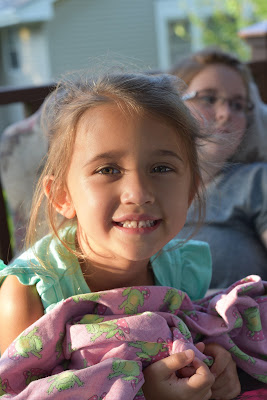 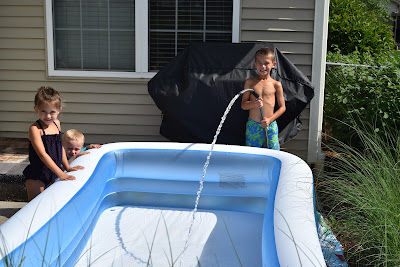 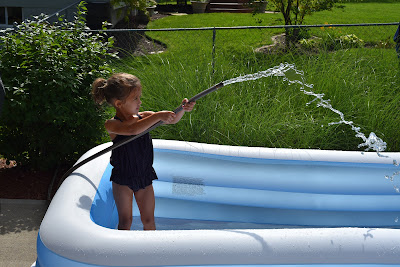 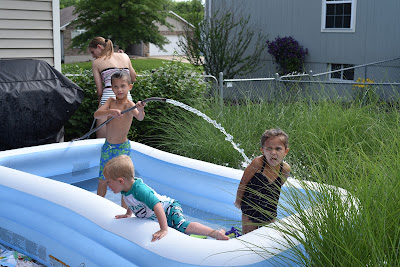 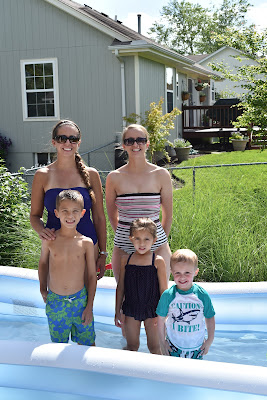 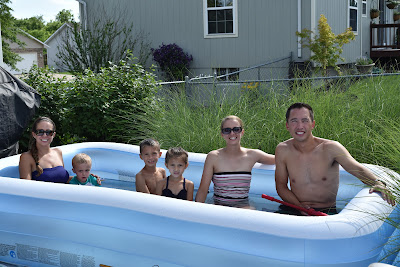 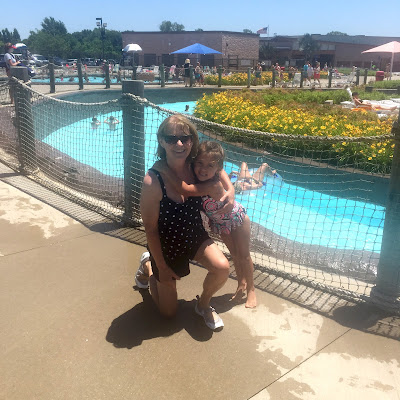 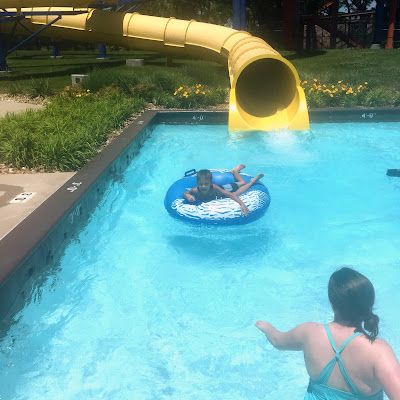 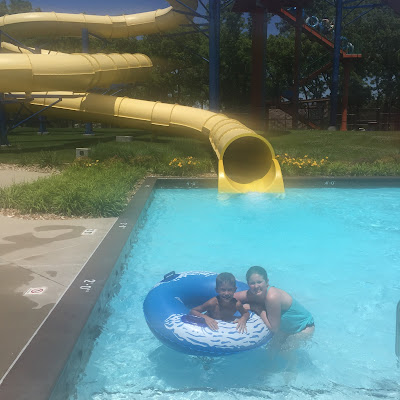 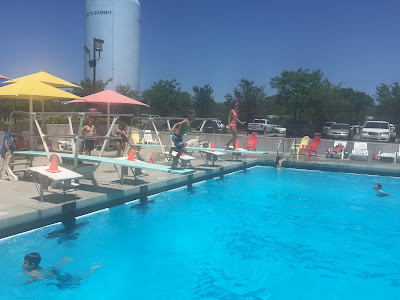 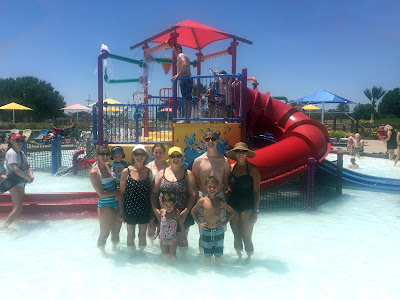 While we were in town, we stopped by the nursing home to see Buddy and Renie. Poor Buddy isn't doing so well lately. He's having trouble remembering things, and his hearing is worse than ever. We visited mostly with Renie and talked to Buddy as much as we could. Renie had a lot of printed pictures, so we looked through them and I think showing some of them to Buddy helped him to remember who we were. 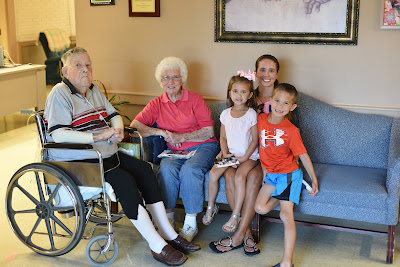 Connor took a pic of our group, so I got to even be in a pic with Buddy and Renie. 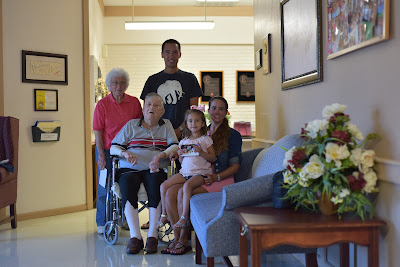 When we were leaving, Andrea gave him a big hug and he asked her "Are you going back to Florida?". He is so sweet, and in that moment at least he remembered who we were. 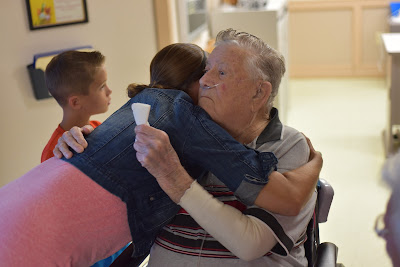